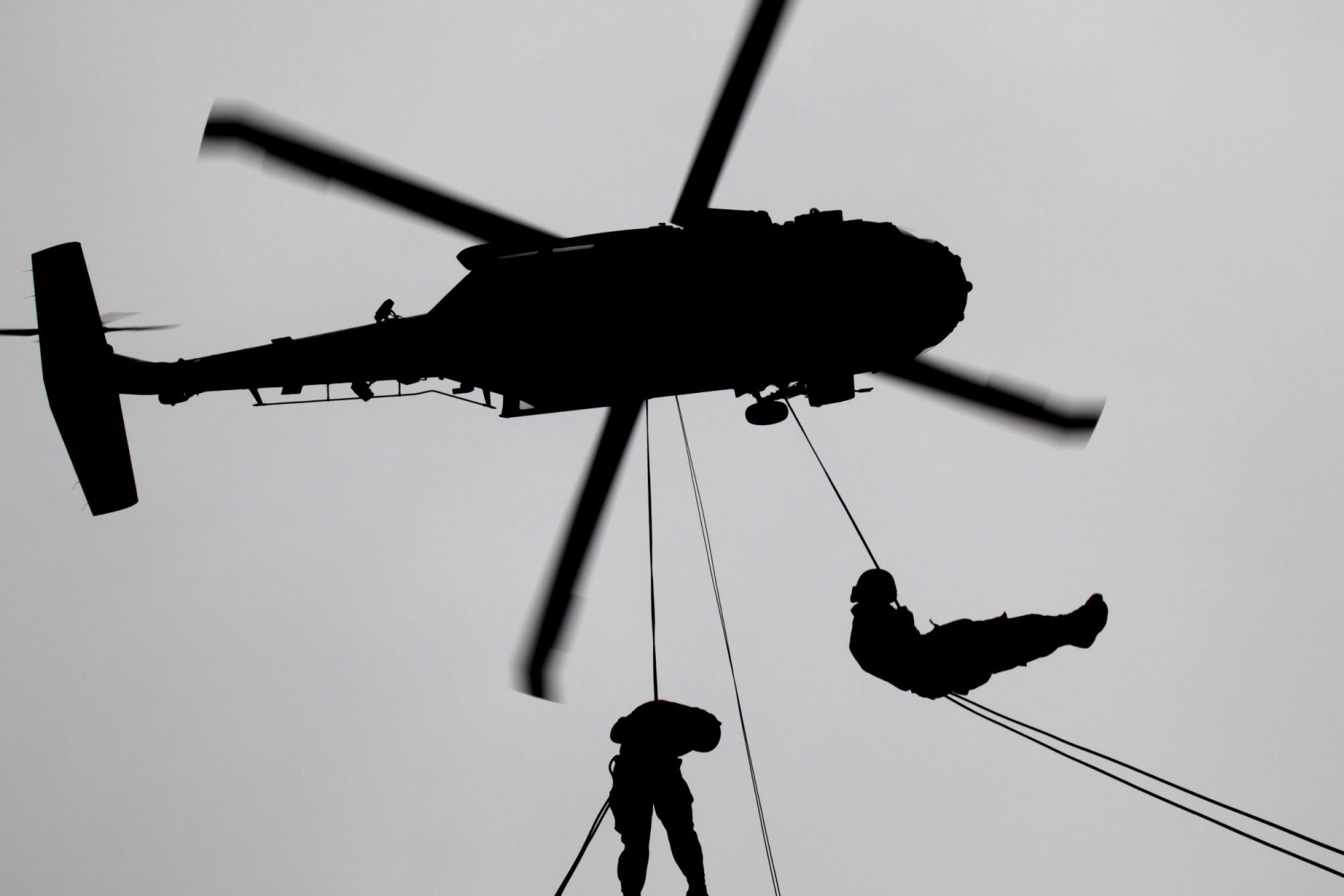 The Coalition-backed SDF resumed operations to oust the Islamic State from its last enclave of territory in eastern Syria on Friday evening following the evacuation of thousands of civilians from the village of Baghouz. Heavy fighting took place over the weekend with the SDF advancing under Coalition air power and Islamic State fighters fighting back with snipers, car bombs, and booby traps. Col. Sean Ryan, spokesman for the Coalition, said that IS fighters still hold civilians.

Some 13,000 people have arrived at the al Hol displacement camp in just the last week after fleeing the Islamic State’s last enclave in Baghouz, the UN said on Friday. The humanitarian situation at the camp is dire. The population now surpasses 50,000 people, overwhelming authorities as there are not enough tents – forcing many to sleep outside despite the rain and winter temperatures, shortages of food and medical aid, and fears of an outbreak of dysentery. More than 45,000 people fleeing Hajin and Baghouz have arrived at the camp since December.

The UN also reported that at least 84 people, mostly children, have died either on their way to the camp or shortly after arriving.

Donatella Rovera, senior crisis response adviser at Amnesty International, raised questions about the US-backed Coalition’s intelligence operations after the Coalition and SDF were surprised to discover so many civilians remaining in Baghouz: “Adequate air or remote surveillance will reveal civilian movement. There have already been serious underestimates of civilian presence in operations against ISIS in Raqqa and Mosul.”

A mass grave containing dozens of bodies was found in territory recently captured by the SDF near Baghouz, an SDF official said on Thursday. Most of the bodies were women who may have been Yazidis enslaved by the Islamic State.

The particular ugliness of America’s war on terror lies in the mismatch between our awe-inspiring ability to destroy and our constant, abject failure to take responsibility for the human fallout https://t.co/Et6WBh4csa

Coalition forces carried out 186 strikes in Syria and 25 strikes in Iraq between February 10 and 23.

“The war in Yemen, like many other seemingly intractable clashes roiling the globe, can be ended only if all stakeholders agree to pursue a political solution in good faith. That’s not likely to happen if the United States maintains unconditional support for Saudi Arabia,” Margaret Woodward writes in Defense One. Congress should keep up its pressure on the Pentagon to end US participation in the war

US Africa Command carried out three strikes against al Shabaab in Somalia’s Hiran region last week. The US has conducted 24 strikes so far this year in Somalia.

The US military is scaling back its presence in West Africa at a time when the region has increasingly faced attacks from Islamist fighters. “What is emerging, critics said, is a glimpse of what happens when American troops, especially Special Operations forces, pull back before insurgents are effectively subdued, leaving local or allied forces to fend off the Islamic State, Al Qaeda, or their offshoots.”

There are currently around 6,000 US troops and 1,000 civilians or contractors throughout Africa. US Africa Command plans to cut 10 percent of those forces by 2022.

American commanders have insisted that the United States is not leaving the Sahel even as it shifts its focus to threats from Russia and China. US military assistance to the region will continue, as the Trump administration is providing around $242 million in military aid to the G5 Sahel countries.

Yet Western military aid isn’t always effective and “may at best buy time for African allies to address poverty, lack of education, government corruption, and other grievances that extremist groups seeks to exploit.”

Despite the drawdown in Africa, the United States and Tunisia have quietly deepened their security and counterterrorism ties over the past several years. Some 150 American troops are in Tunisia, training and advising Tunisian forces.

In Politico, Emily Tamkin profiles Senator Jeanne Shaheen – the only woman on the Senate Foreign Relations Committee and one of the few women to play a senior role in crafting American foreign policy during Donald Trump’s presidency.

In War on the Rocks, Loren DeJonge Schulman writes about post-Mattis civil-military relations and offers “homework” for those in the field to consider in the aftermath of his tenure.