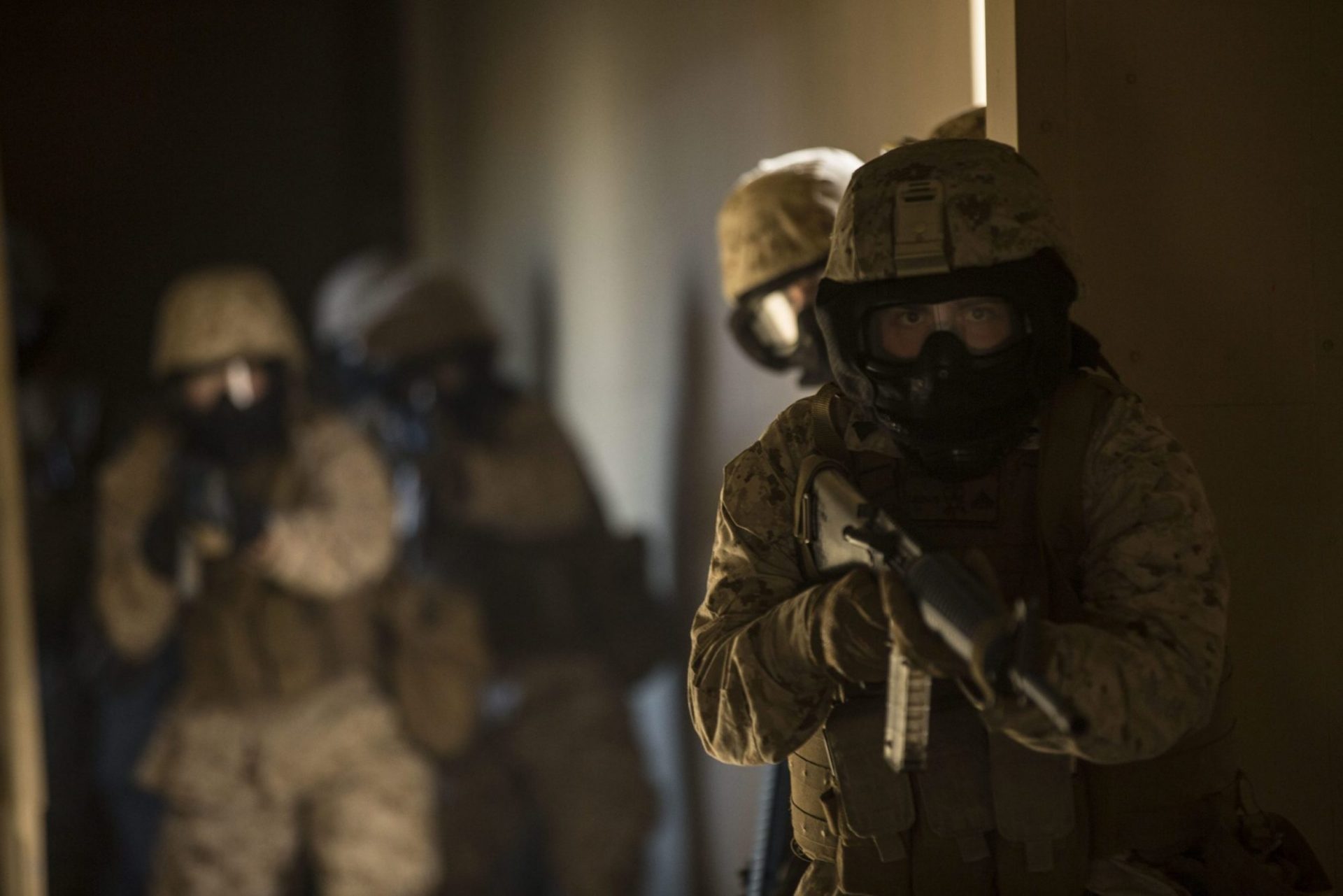 An investigation by the UN Commission of Inquiry on Syria has found that the US-led Coalition violated the laws of war when it launched multiple airstrikes on a school in al-Mansourah on March 20, 2017. The investigators rejected the Coalition’s account of the strikes – that the building was an Islamic State intelligence headquarters and weapons storage facility occupied by IS fighters. Through interviews with survivors, relatives, rescuers, and other witnesses, the UN Commission found that the school was sheltering around 200 internally displaced people and that at least 150 were killed in the strikes. It concluded that the Coalition violated international humanitarian law in failing to “take all feasible precautions to avoid or minimize incidental loss of life, injury to civilians, and damage to civilian objects” and that the Coalition should have been aware that the school had been sheltering displaced families for five years.

Pentagon Reporters: THIS IS WHY YOUR JOB IS SO IMPORTANT. Ask those hard questions. Report on the underreported. Don't stop. (via @EricSchmittNYT) https://t.co/7t5nfK8yGQ pic.twitter.com/oU0AvEHMKn

March 12: CSIS – Discussion with the Secretaries of the US Military Departments

March 13: New America – No Turning Back: Life, Loss, and Hope in Wartime Syria

State Department Announces Arms Sale to Gulf States: Following the decision by Senate Foreign Relations Committee Chairman Bob Corker (R-TN) to once again allow arms sales to Gulf states following a regional dispute with Qatar, the State Department announced on Thursday that it has submitted two proposed sales to Congress. The first sale, which includes over $270 million of Sidewinder missiles, is directed to the United Arab Emirates, one of the four nations that has cut off diplomatic relations with Qatar.

The second sale is intended for Qatar itself, and includes nearly $200 million in upgrades for an air operations center. Sales to Qatar and its neighbors have resumed despite Senator Corker’s June blockade of any sales to the region while the conflict between Qatar and its neighbors persisted. Pressure from the executive branch and doubts about the viability for near-term solutions to the diplomatic crisis caused the Senator to reverse his position in February despite his concerns about the absence of progress towards a resolution of the dispute.

While the sale to Qatar primarily includes infrastructural and logistical upgrades to the air operations center, the sale of Sidewinder missiles to the UAE deserves scrutiny. The United Arab Emirates are a member of Saudi Arabia’s coalition to fight the Houthi rebels in Yemen, in which air strikes and bombings have resulted in disturbing attacks on civilian centers.

Libya: US forces have carried out eight strikes against the Islamic State in Libya since President Trump took office, four more than publicly acknowledged on US Africa Command’s website and in news releases. An AFRICOM spokesman, Maj. Karl Wiest, said that commanders decided to reveal the four additional strikes “only if a reporter specifically asked about them.”

Yemen: On March 5, Central Command confirmed a US strike in Hadramout but gave no further details. A local security source said that the strike killed four AQAP militants traveling in a vehicle in Albar desert. On the same day, a caseworker at Reprieve tweeted that a US drone strike killed a child in Marib province, but Central Command said that no strikes had been carried out in Marib this year.

US Policy on Lethal Force: On March 12, the Trump administration is required to submit a report to Congress articulating the legal and policy frameworks governing the use of military force in counterterrorism operations, including any changes made to such frameworks since President Trump took office.

Daphne Eviatar writes that while the 2018 NDAA doesn’t require full public disclosure, the President should reveal its policy anyway because “transparency around the use of lethal force is critical to allowing independent scrutiny of the lawfulness of operations and to providing accountability and redress for victims of violations of international law.” Human rights groups have also argued that the reported new policy will lead to an increase in civilian casualties and unlawful killings.

On Wednesday, more than a dozen NGOs, including CIVIC, issued a joint statement urging the Trump administration to disclose reported changes it has made to its policy on the use of armed drones and other lethal force outside of areas of active hostilities.

Drone Targeting: The Intercept reported on Tuesday that Google has secured a contract to work with the Defense Department to apply its artificial intelligence solutions to drone targeting. Its team is working to develop deep learning technology to help drone analysts interpret image data from US drones to improve strike targeting against the Islamic State. A Google spokesman said that the technology “flags images for human review and is for non-offensive uses only.”

Qatar: The State Department approved the potential $197 million sale to Qatar of equipment and support to upgrade its Air Force’s Air Operation Center.

United Arab Emirates: The State Department approved the sale to the UAE of 300 Sidewinder Block II missiles and associated parts, worth an estimated $270.4 million.

War On The Rocks: Tressa Guenov and Tommy Ross argue that Congressional oversight of US military operations is under more stress than ever. Congress has insufficient staffing and resourcing to invest in and prioritize good oversight, it faces critical questions about transparency, and it has failed to adjust to emerging threats that require cross-jurisdictional oversight.