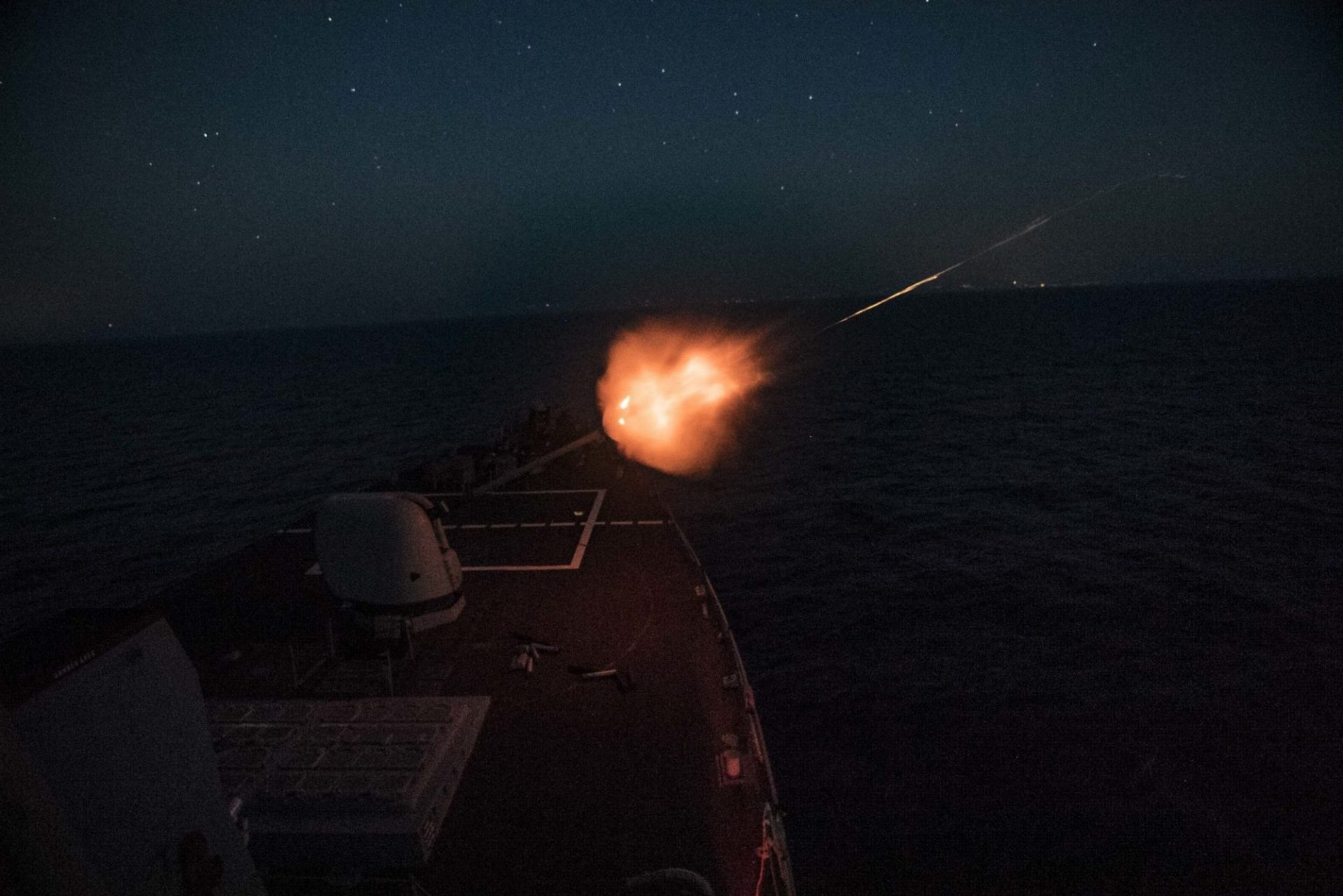 Since announcing the resumption of SDF ground operations against remaining Islamic State fighters in northeast Syria in May, US forces have regained about 20 square miles in Deir Ezzor. The new offensive was reflected in a 164 percent increase in Coalition air and artillery strikes in Syria in May and a sharp increase in civilian casualty incidents in Syria compared to April, according to Airwars’ monthly assessment. Airwars tracked thirteen civilian casualty events in May, all but one in Syria, that resulted in at least 66 civilian deaths.

The Syrian Observatory for Human Rights documented the deaths of at least 28 civilians in Coalition airstrikes in Deir Ezzor on Thursday, reporting that the strikes targeted a gathering of civilians in ISIS-controlled territory between al-Susah and al-Baghuz Foqani. A Coalition spokesman said that its forces may have conducted strikes in that area on Thursday and that reports of civilian casualties were being forwarded to the Civilian Casualty Cell for further assessment.

A year after Mosul’s liberation, the city remains devastated by wide-scale destruction and residents struggle to rebuild their lives. Hundreds of millions of dollars are needed to repair basic infrastructure; no basic services are available; families have received no compensation for their losses; and thousands of people remain in displacement camps. Gmela Obaidy, a member of the Iraqi parliament, said a primary concern is also the abduction of men, women, and children by unknown groups who are targeted for being relatives of Islamic State fighters.

A New York Times interactive shows how Raqqa residents are trying to rebuild their lives after the city was destroyed by Coalition airstrikes.

Coalition forces carried out 31 strikes in Iraq and Syria between July 2 and July 8.

July 16: Center for Strategic and International Studies – With Partners Like These: Strategies and Tools for Counterterrorism Cooperation

July 19: US Institute of Peace – South Sudan: From Independence to Civil War

NATO has failed to fully investigate airstrikes that may have violated the laws of war in Afghanistan, Human Rights Watch said last week. NATO is obligated to investigate its role in alleged unlawful airstrikes, but according to the report, the Resolute Support Mission’s civilian casualty team has dismissed claims of civilian casualties without conducting on-site investigations and interviewing witnesses, thus denying victims redress and failing to uncover what happened.

The number of civilians killed in Afghanistan in the first half of this year – 1, 692 civilians – is the highest six-month death toll recorded since the UN began systematically documenting civilian casualties in 2009, according to a report released Sunday by the UN Assistance Mission in Afghanistan. The report also noted a 52 percent increase in civilian casualties from aerial attacks amidst the expansion of airstrikes by US forces.

The White House is preparing to undertake a review of its strategy in Afghanistan, as Trump has shown signs of frustration over the lack of progress since the announcement of his South Asia strategy last August. Officials said a formal review has not yet been ordered, but they were preparing for a government-wide appraisal in the next few months.

Erik Prince, founder of the private security firm Blackwater, is making a new pitch for his proposal to turn US combat operations in Afghanistan over to mercenaries, promoting the plan in a YouTube video released last week.

Amnesty International is calling for abuses carried out in the UAE’s secret detention facilities in Yemen to be investigated as war crimes. In a report released on Thursday, Amnesty documents the widespread use of torture and enforced disappearance by UAE and UAE-backed Yemeni security forces, noting that such abuses “are taking place in the context of Yemen’s armed conflict.” It also calls on the United States to investigate the role of American personnel in detention-related abuses in Yemen. An AP investigation conducted last June found that US forces have been involved in interrogations of detainees in Yemen, though defense officials denied participation in or knowledge of human rights abuses.

Senator Robert Menendez (D-NJ), the ranking member of the Senate Foreign Relations Committee, has announced that he will be withholding his support for arms sales to Saudi Arabia until more information is provided about the administration’s justification for supporting the Saudi campaign. The Senator was specifically skeptical of the sale of precision-guided munitions on the grounds of civilian protection, saying, “it is no longer acceptable for the administration to rely on civilian protection arguments as justification for continued sales of precision-guided weapons unless it provides credible evidence to support this contention.”

Committee Chairman Bob Corker (R-TN) has expressed some uncertainty about the efficacy of blocking arms sales as a political lever, a strategy he attempted then abandoned earlier this year. However, Menendez’s reputation as an Iran hawk may protect him from criticism from his anti-Iran Republican colleagues in the Senate. Senator Lindsey Graham (R-SC) expressed support the move, urging administration officials to comply with Menendez’s request; “I would advise people to talk to him and answer his questions because he’s a very reasonable guy on this stuff,” said Graham.

The Slovakian Defense Ministry announced on Wednesday that it intends to purchase 14 Lockheed Martin F-16s for an estimated cost of $1.9 billion. The State Department cleared the potential sale to Slovakia in April.

Jane Ferguson writes in The New Yorker about the weaponization of hunger in Yemen. As conflicts are increasingly fought in urban areas amongst civilian populations, she asks whether man-made famines are a crime.