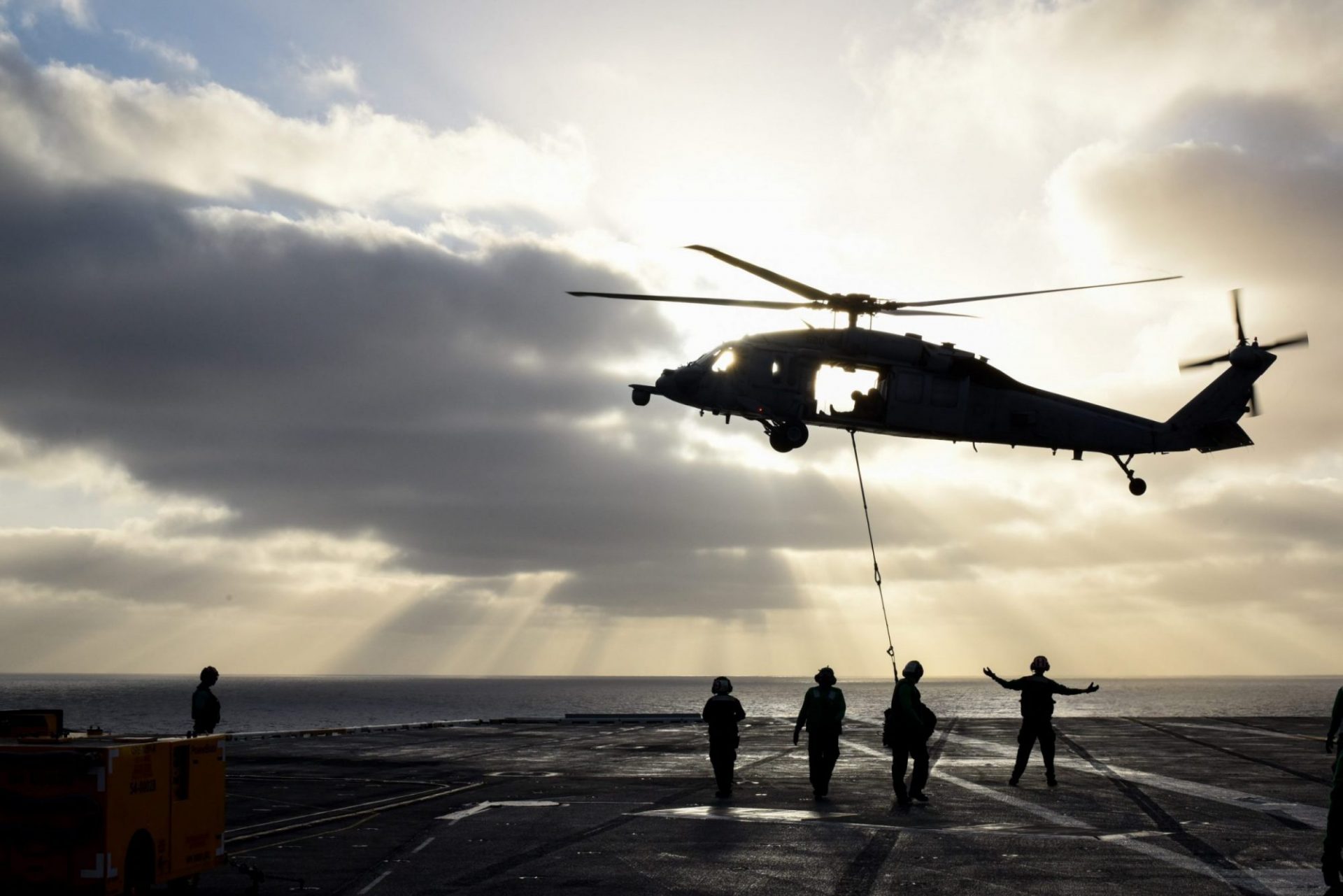 The head of USAID, Mark Green, and US CENTCOM commander, General Joseph Votel, visited Raqqa on Monday, where they emphasized that the US wants to avoid major “nation-building” reconstruction and infrastructure projects, instead focusing on stabilization so that residents may return. Votel said that the military is now moving into “the more challenging and difficult part of the mission” – stability operations, such as restoring water and electricity and “removing the conditions that lead to things like insurgency, that lead to instability.”

MOST RECENT OIR CIVCAS REPORT (January 25): In the month of December, CJTF-OIR carried over 603 open reports of possible civilian casualties from previous months and received 21 new reports resulting from Coalition strikes (artillery or air) in support of partner force operations to defeat ISIS in Iraq and Syria. During this period, the Coalition completed the assessment of 218 reports: 207 were assessed to be non-credible, five were assessed to be duplicates of previous reports, and six were assessed to be credible, resulting in 13 unintentional civilian deaths. To date, based on information available, CJTF-OIR assesses at least 831 civilians have been unintentionally killed by Coalition strikes since the start of Operation Inherent Resolve. A total of 406 reports are still open. The Coalition conducted a total of 28,783 strikes between August 2014 and December 2017. During this period, the total number of reports of possible civilian casualties was 1,820. The total number of credible reports of civilian casualties during this time period was 220.

This was West Mosul yesterday. To get to some of the homes I needed to visit meant climbing through rubble for 20-30 minutes. One man in the Old City put it this way:

“When Mosul was Destroyed, Isis was finished. We were the sacrifice. We paid the price. We paid w/ our bodies.” pic.twitter.com/7qymgoxk4W

End of Shutdown: Despite concerns from the military community about unreliable continuing resolutions, Congress ended the government shutdown last Monday with a new CR to last until February 8th. Some Republican strategists are suggesting that Democratic concerns about the military during the shutdown will undercut their bargaining position on budget caps in coming weeks. “I didn’t hear anything [from Democrats] about parity on the floor of the United States Senate during the shutdown, but I heard about their deep, deep concern for funding our military,” said Senator Deb Fischer (R-NE), chair of the Senate Emerging Threats and Capabilities subcommittee. Confronted with a challenging debate over immigration concerns, many Republicans are relying on military expansion to emphasize the importance of passing a budget. President Trump is expected to use his State of the Union Address to make the case for increasing military funds; Republican negotiators hope that forming a consensus around upping defense funding will disarm Democratic demands for parity with non-defense caps. Secretary of State Rex Tillerson similarly reaffirmed U.S. commitment to combat operations abroad the following Wednesday when he urged indefinite military presence in Syria in a talk at Stanford University. Tillerson emphasized the threats posed to Syrian civilians by President Bashar al-Assad, Al Qaeda, and the Islamic State as a means of justify continuing presence. Said the Secretary, “Total withdrawal would restore Assad and continue brutal treatment of his own people.”

A report by The Guardian goes inside the 184th Intelligence Wing of the Kansas Air National Guard at McConnell Air Force Base, describing the toll that remote warfare takes on the airmen. The analysts watch live drone surveillance to track enemy combatants and become part of the “kill chain,” along with drone operators, fighter pilots, ground artillery commanders, and commanders who approve or deny strikes. Monitoring groups accuse the US military of vastly underreporting civilian casualties resulting from its strikes, though the airmen said their top priority is to never fire when civilians may be endangered. They said they hold their fire much more than they fire, but “being right all the time is impossible.” The unit’s commander, Col. David Weishaar, said of civilian casualties, “It sounds callous to say that it’s collateral damage. It’s human life. We’re doing what we can to mitigate it.”

Pakistan: A US drone strike on January 24 hit a home near the border with Afghanistan, killing two Haqqani network militants. Pakistan’s Ministry of Foreign Affairs condemned the strike, saying it targeted an Afghan refugee camp, though the UNHCR has said that there are no refugee camps in the tribal areas.

Somalia: US airstrikes against militants in Somalia have risen to unprecedented levels under the Trump administration, with thirty-four strikes in the last six months – more than double the number carried out in the entirety of 2016. An investigation by The Guardian found that the escalation in air power has caused an increase in civilian casualties in Somalia, as more than fifty civilians have been killed in five attacks since July, two of which involved US aircraft. Zeid Ra’ad al-Hussein, the UN High Commissioner for Human Rights, said that “civilian casualties caused by regional or international forces, though only a small proportion of civilian deaths, were of utmost concern because they undermined the Somali population’s trust in the government and the international community.”

Syria: Coalition strikes on January 20 killed between 145 and 150 Islamic State militants  near As Shafah in the Middle Euphrates River Valley. Maj. Gen. James Jarrard, the commanding general of OIR Special Operations, said, “The strikes underscore our assertion that the fight to liberate Syria is far from over.”

Afghanistan: A report by the Special Inspector General for Afghan Reconstruction found that on 5,753 occasions between 2010 and 2016, the US military asked to review Afghan military units to see if there were any instances of “gross human rights abuses.” Under the Leahy Law military aid must be cut off to the offending unit, but the Secretary of Defense used the “notwithstanding clause” in the ASFF provision of the Department of Defense Appropriations Act to continue providing training, equipment, and other assistance to units implicated in those incidents. As of August 12, 2016, the Defense Department was investigating 75 instances of gross human rights abuses, seven involving child sexual abuse but even DOD officials acknowledged, “The full extent of child sexual assault committed by Afghan security forces may never be known.”

The US Air Force has deployed a squadron of A-10 Thunderbolt attack jets to Afghanistan as part of the campaign to target Taliban drug labs and conduct counterterrorism operations. The squadron of twelve aircraft are operating from Kandahar air base and have already conducted their first attacks. USAF Maj. Gen. James Hecker said that “the success of the anti-ISIS campaign in Iraq and Syria meant the A-10s could be deployed to Afghanistan instead of Incirlik Air Base, where they otherwise would’ve been based.”

Indonesia: Defense Secretary James Mattis is pushing to work with Indonesia’s premier counterterror force, Kopassus, whom the US has been forbidden from working with for decades under the Leahy Law because of human rights abuses carried out by the group under Indonesian dictator Suharto. Mattis said he believes that abusers among the unit have been cleansed and that “we’re going to go down and let ourselves be guided by facts on the ground.” In 2010, the Obama administration lifted some restrictions on Kopassus, but training with US counterparts remains forbidden.

War on the Rocks: Jon Askonas and Colby Howard react to a recent article in Foreign Affairs, in which Jacquelyn Schneider and Julia McDonald concluded that troops prefer to work with manned aircraft because they “don’t trust drones” to protect them in combat with close air support. Askonas and Howard argue that the study has important empirical flaws, notably the potential biases of the JTACs and JFOs interviewed by Schneider and McDonald, and that it doesn’t reflect troops’ true experience with close air support. They identify troops’ lack of familiarity with drones as the most likely bias in the study and conclude that increased familiarity with drones, adapted training for JTACs and JFOs, and the further spread of drones will alleviate trust issues with unmanned platforms.

The use of air power in America’s wars has become increasingly indiscriminate and nontransparent, Julian Borger writes at The Guardian. The Obama administration sought to mitigate civilian harm caused by its air operations, though it relaxed rules of engagement in its last weeks in office after Iraqi forces suffered terrible casualties in East Mosul. The Trump administration has loosened rules of engagement even further, delegating more decisions to lower levels of authority to call in strikes and intensifying the air campaign against the Islamic State and al Qaeda – there were nearly 50 percent more strikes in Iraq and Syria compared to 2016, and civilian deaths rose by 215 percent. Chris Woods, of Airwars, said that the highest proportion of civilian casualties was expected to occur during this stage of the fight, yet it is still unclear how many civilians were killed due to policy changes made by the Trump administration. The military has not fully explained changes made to rules of engagement, nor has the administration articulated changes made to the US use of drones. Borger concludes, “The increased reliance on drones, the spread of the counter-terror battle to remote new areas, where reporting is minimal or non-existent, combined with looser rules of engagement and a gung-ho command tone, threaten to combine to create an increasingly indiscriminate, increasingly opaque, global war in which civilians are likely to account for an ever larger share of the victims.” 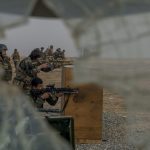