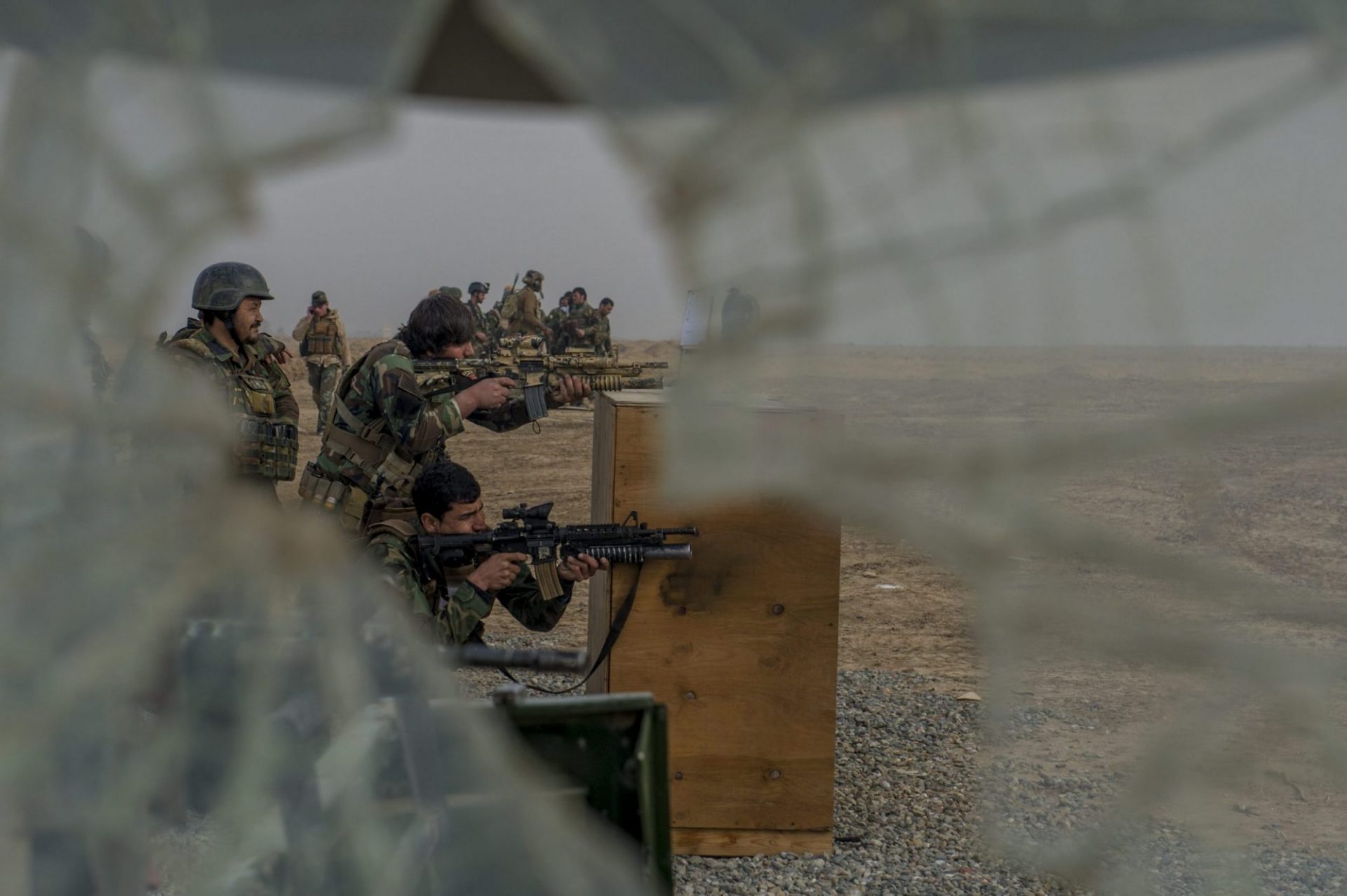 Civilian deaths from Coalition strikes in 2017 increased by 215 percent compared to 2016 as between 3,923 and 6,102 civilians were killed during the year, according to Airwars annual report. “In 2017, the war against ISIS moved into the most densely-populated urban centers controlled by the group, with dire results for civilians. Simultaneous assaults on Raqqa and Mosul meant that 2017 was the deadliest year yet for ordinary Iraqis and Syrians.” The “unprecedented death toll” also coincided with the start of Trump’s presidency, suggesting in part that policies aimed at preventing civilian harm have been relaxed during his administration.

Administration Officials Discuss Operations Abroad: Last Sunday, a Washington Post report revealed plans by Army officials to increase U.S. troop presence in Afghanistan by 1,000 this Spring. After delegating the authority to send new troops to the conflict to Defense Secretary Mattis, President Trump has overseen a 5,500-troop increase in Afghanistan, expanding U.S. operations by almost two thirds. Though this newest proposal has not yet been approved by Mattis, it would mark another step in a series of escalations in the last year. President Trump himself has been rumored to have misgivings, however, about the size of the U.S. contribution compared to that of other involved actors.

A grim year for non-combatants, with at least 3,900 killed.

Confirmed and likely civilian deaths from Coalition anti-ISIS actions across Iraq and Syria were up by 215% in 2017, as we report in our new annual assessment https://t.co/jYEzdT2oWK

Secretary of State Rex Tillerson similarly reaffirmed U.S. commitment to combat operations abroad the following Wednesday when he urged indefinite military presence in Syria in a talk at Stanford University. Tillerson emphasized the threats posed to Syrian civilians by President Bashar al-Assad, Al Qaeda, and the Islamic State as a means of justify continuing presence. Said the Secretary, “Total withdrawal would restore Assad and continue brutal treatment of his own people.”

Afghanistan: On January 11, US forces reportedly launched a strike against an Afghan government militia following an insider attack in Nangarhar province. Afghan sources told AFP that the American troops were patrolling in Achin when an “infiltrator” in the militia shot at the US forces, who then launched a strike on the group. A commander of the militia said that thirteen men were killed. Resolute Support hasn’t yet confirmed carrying out a strike, but acknowledged there had been “active ground engagement.” Multiple US drone strikes on January 14 targeted the Islamic State’s branch in Afghanistan. Three IS-K fighters were killed in a US drone strike in Nuristan province, while as many as seventeen IS-K militants were killed in separate strikes in Nangarhar province. Two separate drone strikes in Nangarhar’s Achin and Sherzad districts on January 15 killed twenty-three IS-K fighters. A US drone strike reported on January 17 killed at least three fighters and injured three more in Nangarhar’s Khogyani district.

Somalia: On January 18, US forces conducted an airstrike against al-Shabaab 50 km northwest of Kismayo, killing four fighters. Separately, US and Somali forces conducted an overnight raid of an al-Shabaab camp in the Shabelle region on January 17-18, killing four fighters and rescuing thirty child conscripts, according to a Somali intelligence official.

Afghanistan: The US Army is preparing to send as many as 1,000 combat advisors to Afghanistan this spring, bringing the total number of American troops in the country to over 14,000. The advisors, part of the new Security Force Assistance Brigade, are divided among 36 teams, each consisting of 12 soldiers. “The driving theory behind the new units is that specially trained advisors can mentor and assist foreign forces more effectively than regular combat forces.’

US airstrikes in Afghanistan sharply increased last year with more than 2,000 airstrikes carried out from August to December – nearly the number of strikes as in 2015 and 2016 combined. The escalation in airstrikes reflects new rules of engagement provided in August by Trump’s South Asia strategy. Military officers have welcomed the increased air power, yet “the strategy presupposes that US and Afghan forces can pound the Taliban so hard that it has no choice but to relinquish its war against the Afghan government and instead join it in some sort of power-sharing agreement” – a goal many analysts doubt is attainable.

Belgium: The State Department approved the potential sale of F-35s to Belgium, worth an estimated $6.53 billion.

Philippines: The Trump administration has launched a new counterterrorism mission in the Philippines at the request of the Philippine government to provide more support to fight extremist groups. Between 200 and 300 American troops are currently serving in advisory roles in the country, a number likely to remain constant for now. The US is also providing technical support and equipment and drones for intelligence, surveillance, and reconnaissance.

Syria: Free Syrian Army envoys have urged officials in Washington to resume the CIA’s suspended program to train and equip certain rebel groups. They cited the need to counter Iranian influence in Syria as “Iran has been expanding in Syria moderate forces that are backed by Washington see aid being dried up and are weakened.”

The Wall Street Journal: The Air Force is weighing the formation of international squadrons of low-cost fighter planes to operate the Middle East and other terror hot spots, allowing deployment of its more advanced aircraft to Europe and Asia.

Lawfare: Sarah Grant and Jack Goldsmith analyze the scope of US global counterterrorism operations after one year under President Trump.