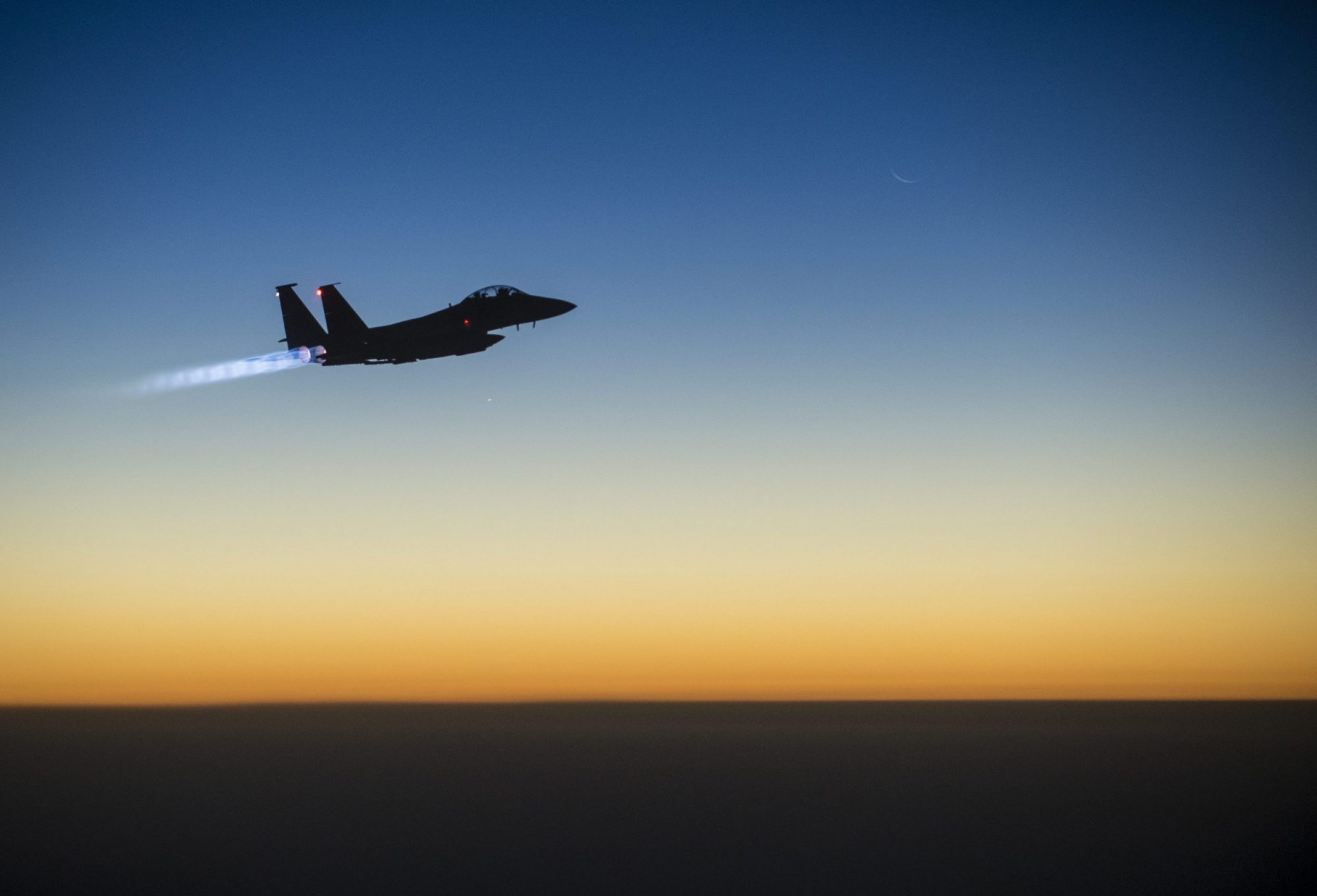 Airwars currently estimates that between 6,136 and 9,315 civilians have been killed in Coalition actions since the start of operations in August 2014, while the Coalition concedes 841 civilian deaths.

During the month of January, the Coalition released 448 munitions across Iraq and Syria – a 23 percent decrease from December 2017 and the lowest number reported since August 2014. The fall in Coalition strikes has led to a sharp decline in civilian casualties, particularly in Iraq, where the Coalition has not tracked a civilian casualty event since November 2017. In Syria, Airwars documented between 21 and 52 civilian deaths.

The Trump administration is pushing to eliminate the position of US envoy to the anti-ISIS coalition.

MOST RECENT OIR CIVCAS REPORT (February 22): In the month of January, CJTF-OIR carried over 406 open reports of possible civilian casualties from previous months and received 195 new reports resulting from Coalition strikes (artillery or air) in support of partner force operations to defeat Daesh in Iraq and Syria. During this period, the Coalition completed the assessment of 116 reports: 102 were assessed to be non-credible, 10 were assessed to be duplicates of previous reports, and four were assessed to be credible, resulting in 10 unintentional civilian deaths. A finding of non-credible in many cases indicates a lack of evidence. According to the coalition, “non-credible” is not intended to deny the possibility that a CIVCAS incident occurred, nor is it intended as a comment on the credibility on the source of the allegation. To date, based on information available, CJTF-OIR assesses at least 841 civilians have been unintentionally killed by Coalition strikes since the start of Operation Inherent Resolve.

White House Outlines Authorization for War in Iraq and Syria: In a pair of letters addressed to Senator Tim Kaine (D-VA), Defense and State Department officials provided the administration’s argument that the United States is authorized to continue using military force in Syria and Iraq based on existing AUMFs. In his letter to the Senator, Deputy Under Secretary of Defense David Trachtenberg argued that U.S. force was authorized under both the 2001 and 2002 AUMFs:

The 2001 [AUMF] authorizes the United States to use force against al-Qa’ida in Iraq and Syria. U.S. and partner forces in both countries continue to fight ISIS and al-Qa’ida and disrupt terrorist attack plotting. … Finally, the 2002 [AUMF] continues to provide authority for military operations against ISIS in Iraq. It also provides authority to respond to threats to U.S. national security emanating from Iraq that may re-emerge and that may not be covered by the 2001 AUMF.

Trachtenberg notably defined victory against ISIS as “when local security forces are capable of effectively responding to and containing the group, and when ISIS is unable to function as a global organization.”

These statements follow sustained Congressional pressure from Democrats and Republicans to require a new AUMF for operations in Iraq and Syria. The administration’s response to these efforts has not satisfied Senator Kaine, who is principally concerned with the blatant lack of any authorization “to strike pro-Assad forces in areas devoid of ISIS to protect our Syrian partners who seek Assad’s overthrow.” Neither letter suggested that anti-Assad strikes ordered by President Trump have been legally justified.

This cannot go on.

Distressing reports of dozens injured & killed every day in #EasternGhouta. Families trapped, with no safe place to hide from shelling.

Dozens of mortars in Damascus cause civilian casualties and spread fear.

Afghanistan: Human Rights Watch called on the Afghan and US militaries to investigate reports that Afghan special forces summarily executed civilians in Kandahar during military operations from January 31 to February 1. Beginning on January 31, the Special Forces Unit of the National Directorate of Security, backed by US airstrikes, began an offensive against Taliban fighters in Maiwand and Panjwai districts. Local sources said Afghan forces opened fire on men as they tried to flee, killing about 50 Taliban militants and at least 20 civilians. Residents also said that Afghan forces allegedly dragged some men from their homes and shot them.

Kuwait: The State Department approved the possible sale of King Air 350ER Intelligence, Surveillance, and Reconnaissance aircraft to Kuwait, worth an estimated $259 million.

The Intercept: Murtaza Hussain discusses the influence of Trump’s rhetoric on the conduct of the war against the Islamic State. He argues the President’s rhetoric has influenced the Pentagon, evidenced by Mattis’s call for the use of “annihilation tactics” to defeat the group and more aggressive targeting decisions that lead to more civilian casualties.