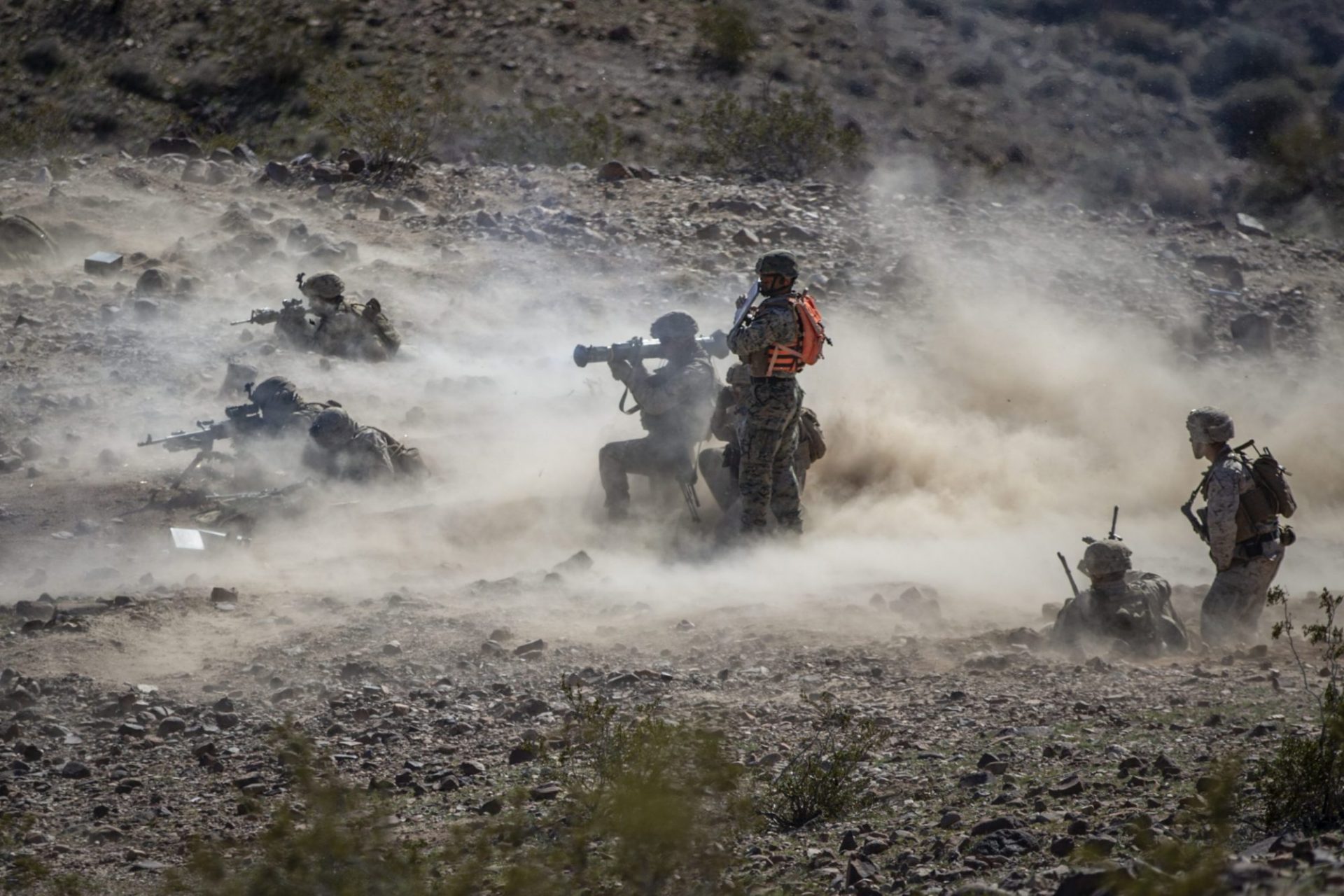 The SDF, backed by Coalition airpower, launched its final assault against the Islamic State in the village of Baghouz on Saturday. Some 20,000 people were evacuated from the area before the assault began, though SDF officials said around 1,500 civilians could remain inside. The UN refugee agency warned last week that conditions have been deteriorating for civilians trapped in IS-held territory with fierce fighting, shortages of food and medical supplies, damaged or destroyed civilian infrastructure, and Islamic State fighters holding civilians as human shields.

Despite decreases in both the number of strikes and reported casualties, civilians remained at risk in 2018, Airwars reported in its annual assessment. In 2018, the US-led Coalition shifted its focus almost entirely to ousting the Islamic State from its territory in eastern Syria. The fight intensified throughout the year, with Airwars tracking 50 percent of all likely civilian deaths for 2018 during the final quarter of the year, when reported civilian harm reached levels not seen since the Raqqa offensive in 2017. Overall, between 821 and 1,712 civilians were likely killed in Coalition actions in Iraq and Syria.

The Pentagon has launched a major examination of civilian deaths in US military operations, Missy Ryan reports at the Washington Post. The effort aims to answer the question of why the military’s civilian death toll is so much lower than those reported by NGOs. However, Rita Siemon of Human Rights First and CIVIC’s Daniel Mahanty and write in Just Security that the internal review doesn’t answer some of the biggest questions about the principal causes of civilian casualties or resolve the variance between the Pentagon’s reported civcas figures and estimates by monitoring groups.

When Yemenis see “Made in USA” on the bombs that are killing them, it tells them that the USA is responsible for this war.

This is not the message we should be sending to the world. Congress must end support for the catastrophic war in Yemen led by a despotic Saudi regime.

On Friday, the Department of Defense released a report on its civilian casualty policy, as required by the FY 2019 National Defense Authorization Act.

MOST RECENT OIR CIVCAS REPORT (January 31): In the month of December, CJTF-OIR carried over 184 open reports from previous months and received 10 new reports. The assessment of 12 civilian casualty allegation reports has been completed. Out of the 12 completed casualty allegation reports, five reports were determined to be credible and resulted in 51 unintentional civilian deaths.  One of the reports was determined to be a duplicate report of an open allegation awaiting assessment and the remaining six reports were assessed to be non-credible.

The Coalition conducted a total of 32,397 strikes between August 2014 and the end of December 2018. During this period, based on information available, CJTF-OIR assesses at least 1190 civilians have been unintentionally killed by Coalition strikes since the beginning of Operation Inherent Resolve.

However, some military analysts and experts on Afghanistan have criticized the inspector general’s figures – the Long War Journal says the Afghan government only controls 35 percent of districts, while 49.6 percent are contested.

A CIA-backed Afghan special forces unit known as the ‘02’ has been accused of human rights abuses, but is able to call in air strikes on its targets, an investigation by the Bureau of Investigative Journalism found. “As the US seeks to maintain security across Afghanistan with fewer American boots on the ground, it is backing multiple Afghan units and militias to plug the gap. Many of these units have questionable human rights records, and if given the ability to call in strikes, they are armed with potentially devastating air power.”

SEE: The Sum Of All Parts: Reducing Civilian Harm in Multinational Coalition Operations

The House Armed Services Committee has passed a resolution requiring the United States to terminate all U.S. involvement in the war in Yemen; the measure is expected to be approved by the House in the coming weeks. The legislation, fueled by outrage over the murder of Washington Post journalist Jamal Khashoggi, is expected to receive a vote in the Senate shortly after passage in the House. Of the 56 Senators that passed this resolution in 2018, 51 remain in the Senate following midterm elections, giving the resolution a narrow margin for passage.

The Senate passed a Middle East policy bill on Tuesday by a margin of 77-23. The bill, which also deals with U.S.-Israel relations and Jordanian defense cooperation, includes the “Caesar Syria Civilian Protection Act of 2019” which imposes sanctions on individuals who are engaged in financial transactions involving Syria or its military and those who do business with such individuals. Sanctions would remain in effect until Syria meets a wide range of criteria, including the cessation of airstrikes targeting civilian populations, the release of political prisoners, compliance with the Chemical Weapons Convention, and the establishment of meaningful war crimes accountability proceedings for the Assad regime.

Saudi Arabia and the United Arab Emirates have given American weapons to fighters linked to al Qaeda, hardline Salafi militants, and Iranian-backed forces in Yemen, according to a report by CNN. The report found that the Saudi-UAE coalition used US-manufactured weapons as “a form of currency to buy the loyalties of militias or tribes,” and in doing so violated the terms of arms agreement with the United States. The Saudi-led coalition has denied transferring American weapons to third parties.

The Special Investigator for Afghanistan Reconstruction watchdog has warned that the Afghan military lacks the pilots to fly and engineers to maintain UH-60 Black Hawk helicopters that the United States is scheduled to provide to the Afghan air force.

The State Department approved the possible sale of two AEGIS weapon systems to Japan for an estimated cost of $2.15 billion, as well as the possible $190 million sale of two 777 Large Air Infrared Countermeasures Self-Protection Suites to India.

Detainees interviewed by the human rights group Reprieve described an American presence inside multiple prisons in Yemen where they were electrocuted, beaten, and sexually threatened by UAE-backed forces, saying they believed that American troops oversaw interrogations in which individuals were tortured. The US military has said that American personnel are in the UAE-run facilities, but deny any knowledge that detainees have been tortured or abused.

The United States is cutting some military assistance to Cameroon following credible allegations that Cameroonian military forces carried out human rights violations, including targeting civilians in the country’s fight against secessionists. Security cuts include the “provision of four defender boats and nine armored vehicles, and the upgrade of a Cessna aircraft belonging to the Rapid Intervention Battalion.”

The Department of Defense Inspector General said last week that it will investigate military refueling missions in the Middle East and Africa after the US undercharged Saudi Arabia and the UAE by $331 for aerial refueling of their aircraft in Yemen.

In Just Security, Melissa Dalton and Daniel Mahanty urge Congress to exercise greater oversight over security partnerships abroad and examine “the structural and policy changes needed to prevent and minimize the humanitarian and reputational consequences of U.S. security cooperation in the future.”

Brandon Kinne writes in Foreign Affairs that the Trump administration is getting left behind because it is shrinking away from military partnerships, as “Many of today’s most dangerous threats—terrorism, cyberattacks, biological and chemical weapons, piracy, drug trafficking—cannot be fought by one country alone.”

US Africa Command carried out an airstrike against al-Shabaab in southern Somalia on Friday, marking the 12th US strike in Somalia so far this year.

In a hearing before the Senate Armed Services Committee last week, Gen. Thomas Waldhauser, head of US Africa Command, said that US airstrikes against al Shabaab in Somalia are not enough to defeat the group and that the Somali National Army “needs to step up, and it needs to take responsibility for their own security.”

US Central Command has improved transparency over counterterrorism strikes in Yemen, but David Sterman writes in Just Security that “even with better government reporting, the ability to understand the war the United States is waging in Yemen has deteriorated in recent years due to both US policy and the character of the war itself.” Congress should provide greater oversight and demand increased transparency over counterterrorism operations in Yemen going forward.

A series of articles from Just Security address the rule of proportionality in the conduct of military operations.