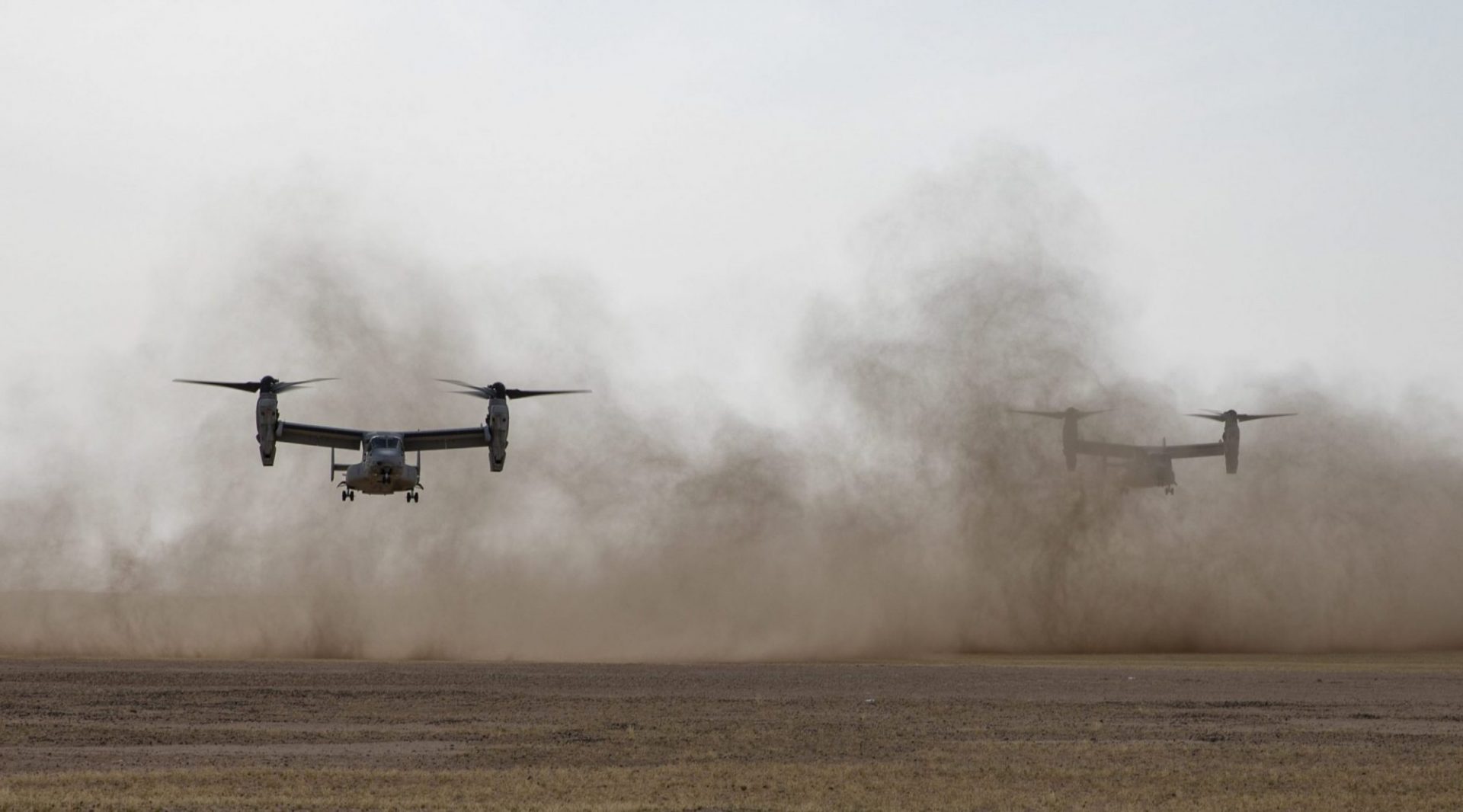 The number of air and artillery strikes carried out and munitions released by the US-led coalition in Iraq and Syria each fell by 70 percent during the month of February 2019, Airwars said in its monthly assessment. The Coalition paused its operations to allow civilians to flee from Baghouz.

Yet the fall in munitions dropped shouldn’t be mistaken as an indicator for the intensity of Coalition actions on the village of Baghouz, according to Airwars: “analysis of strikes and engagements indicates a higher tempo of Coalition actions in Syria in the MERV during the first two months of 2019 than were recorded at Mosul during March 2017, the most intense and deadly period of the battle. … Even in February 2019, – a month in which Coalition actions dropped steeply – there were still on average over two and a half times as many strikes per day reported in Al Baghouz than were seen at Mosul.”

The intensity of the battle put civilians in grave danger with civilian casualties increasing 27 percent from January. Airwars estimates that between 76 and 128 civilians were killed in Coalition actions.

The Coalition launched 52 strikes in Iraq and Syria between March 24 and April 6.

MOST RECENT OIR CIVCAS REPORT (March 29): In the month of February, CJTF-OIR carried over 141 open reports from previous months and received six new reports. CJTF-OIR completed one civilian-casualty allegation assessment report. CJTF-OIR determined the report to be credible.  One hundred and forty six reports are still open including five, which were previously closed, but the CIVCAS cell reopened them due to new information.

The Coalition conducted 34,038 strikes between August 2014 and end of February 2019. During this period, based on information available, CJTF-OIR assesses at least 1257 civilians have been unintentionally killed by Coalition strikes since the beginning of Operation Inherent Resolve.

The New York Times documented 10 civilian deaths in Afghanistan between April 5 and 11.

This baby—only a few days old at the time—survived an airstrike in #Afghanistan on 3/9/19, thanks to her older sister Waheeda, who grabbed and cradled her infant sister, despite her own injuries. Twelve of their relatives were not so lucky. #PrecisionStrike pic.twitter.com/nmmgwktIh1

At least 13 civilians, mostly children, were killed and more than 100 injured when Saud-led coalition strikes hit a school in Sana last week. The Coalition denied carrying out any strikes, but the state-run news agency in Aden said the Houthis had stored weapons in a nearby warehouse.

The State Department approved the sale of 56 SM-3 Block IB missiles to India this week, for an estimated cost of $1.15 billion.

A report by the French Directorate of Military Intelligence obtained by The Intercept suggests the United States plays a greater role with Saudi targeting in Yemen than has been previously acknowledged and criticizes Saudi military capabilities in Yemen as ineffective. It suggests the Saudis’ efforts to secure the border with Yemen as a “failure.”

The Trump administration signed an executive order last week extending a declaration of national emergency in Somalia for another year, and US defense officials predict it will take about seven years to complete the counterterrorism mission there. The declaration comes amid troop reductions across Africa.

In Just Security, Rahma Hussein, Abdifatah Hassan Ali, and Alex Moorehead stress the importance of transparency around US military operations to Somalis.

Representative Ted Lieu sent letters on Tuesday to Secretary of State Mike Pompeo and acting Secretary of Defense Patrick Shanahan about recent airstrikes in Yemen that killed more than 20 people.

“Unfortunately, these horrific airstrikes on civilian targets are not isolated incidents, but rather part of a long track record of bombing civilians at markets, weddings, schools, hospitals, funerals and other off-limits sites that have killed over 4,600 civilians since 2015,” he wrote in the letters.

Lieu requested the statistics showing how American involvement in the Saudi-led coalition has reduced civilian casualties and asked whether the Trump administration believes there should be an independent investigation into the strikes.