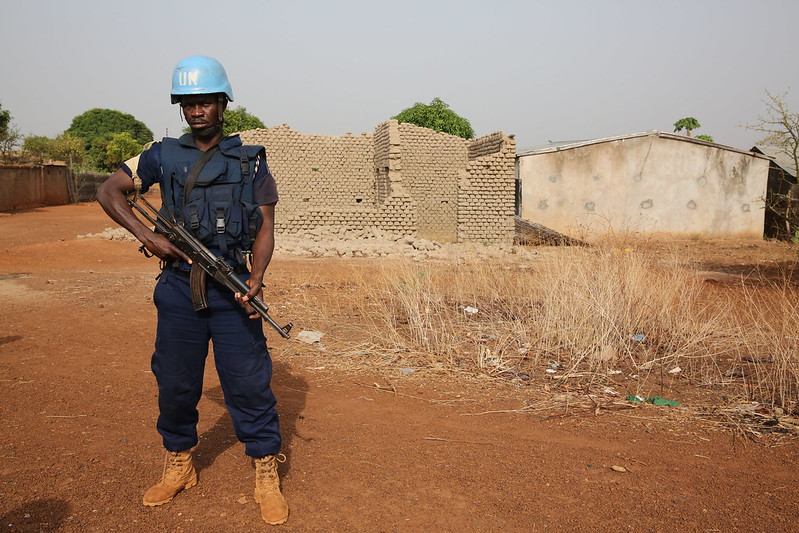 On March 12, the UN Security Council unanimously approved resolution 2567, which renewed the mandate of the UN Peacekeeping Mission in South Sudan (UNMISS). The renewal comes on the heels of a year in which subnational violence with links to national political rivalries increased, parties to the revitalized peace agreement failed to implement many of the agreement’s key provisions, and future prospects for peace are uncertain. In this context, the Council wisely avoided major reprioritizations of the Mission’s objectives and opted not to downsize the Mission’s personnel. The Council did include language in the new mandate that provides UNMISS with additional strategic guidance and direction on three issues critical to protection of civilians (PoC): (1) protecting civilians in existing and re-designated PoC sites; (2) monitoring the Mission’s support to South Sudanese security forces to ensure they don’t contribute to human rights violations; (3) and strengthening early warning systems through engagement with communities under threat. The Council will need to closely monitor throughout the year whether and how the Mission executes these tasks.

The Council made an effort to streamline, prioritize, and clarify the mandate. For example, Council members set a three-year vision in operative paragraph (OP) 2, which states that “UNMISS’s mandate is designed to advance a three-year strategic vision to prevent a return to civil war in South Sudan, to build durable peace at the local and national levels, and to support inclusive and accountable governance and free, fair, and peaceful elections in accordance with the Revitalised Agreement.” In OP7, the Council outlined priority measures the Government of South Sudan (GoSS) and other actors are expected to take during the mandate cycle, such as providing security to re-designated PoC sites in a manner consistent with international human rights and humanitarian law.

Finally, the Council aligned the section of the mandate that outlines the issues that the Secretary-General is expected to report on with advancing the strategic vision and implementation of priorities outlined in OP2 and OP7. According to the explanation of vote by the United States — the penholder who led the drafting of the mandate — the changes were made in response to the UN Secretary-General’s (UNSG) Action for Peacekeeping (A4P) initiative. These changes can help the Mission, the Host State, the Council, and other Member States engage in more strategic dialogue throughout the mandate cycle and increase the Mission’s effectiveness.

The Mission’s Posture and Footprint

The Council decided to maintain the current ceilings for the number of troops and police that can deployed to the Mission, though in OP4 the Council expressed its intent to consider adjustments to force levels based on security conditions and the GoSS’s progress implementing priority measures, such as establishing the Hybrid Court for South Sudan, outlined in OP7. UNMISS’s troop levels are currently below the 17,000-ceiling specified in the mandate. By maintaining UNMISS’s ceilings for uniformed personnel, the Council is allowing some flexibility to scale-up deployments if the situation begins to deteriorate ahead of the elections planned for 2022 or 2023.

CIVIC’s recent research with civilians in the re-designated PoC sites in Wau, Bor, and Juba also indicates that the transfer of responsibility for PoC sites from UNMISS to national security actors will be a gradual process that is unlikely to significantly reduce the burden on UNMISS troops and police in the immediate term. The displaced people in the sites do not trust the national police, who they view as politically biased and responsible for grave violations. Moreover, the IDPs in these sites may still face threats, especially if tensions were to increase further. UNMISS will have to monitor the security situation and remain ready to respond to violence in and around the re-designated sites.

Indeed, the Council’s decision to maintain UNMISS’s troop and police ceilings, alongside updated language on the PoC sites, indicates that the Council recognizes the unpredictability of the current situation. First, OP3(a)(iii) directs the Mission “to maintain a flexible posture linked to threat analysis, contingency plans for protecting sites in a crisis…” Second, OP7 calls for the GoSS to provide security to the re-designated sites as a priority measure for the mandate period. Finally, OP18(d) asks the Mission to ensure that future re-designations are based on comprehensive security assessments and the GoSS demonstrating capacity to protect IDPs in the sites.

The Mission will have to continue to strike a careful balance between pursuing more mobile operations and its more static duties, including around the re-designated PoC sites, enabled by continuous and comprehensive analysis of threats of violence against civilians.

The Council added language in OP18(m) that directs the Mission to monitor and report on the implementation of the Human Rights Due Diligence Policy (HRDDP), a UN-wide policy that aims to ensure support provided by the UN to non-UN security forces does not contribute to violations of international humanitarian and human rights law. A recent audit by the UN Office of Internal Oversight Services found that the Mission had not adequately monitored how support provided to South Sudanese security actors was used. The new language directing UNMISS to strengthen its implementation of the HRDDP, including by monitoring the implementation of mitigating measures taken to prevent abuses and violations, could help address this shortcoming if UNMISS directs resources and attention to this issue as the mandate language indicates it should.

CIVIC’s research has highlighted the importance of effective early warning and rapid response systems, and the key role played by Community Liaison Assistants (CLAs) in enabling safe engagement and information-sharing with communities under threat in some peacekeeping contexts. CLA’s are national staff members who support peacekeeping missions’ engagement with local communities and who can help gather early warning information on protection threats. A Security Council mandated Independent Strategic Review of UNMISS published in December 2020 noted that the way CLAs have been managed and underutilized has been a weak point for the Mission and recommended adjustments “to allow them to contribute more substantially to the development of early warning networks.” The new language in OP3(a)(ii) highlighting the importance of regular interactions with civilians and the role of CLAs in this endeavor is a positive development that should prompt UNMISS to seek lessons from other Missions, such as MONUSCO, where CLAs have been used more effectively, including to create and manage community-based early warning networks.

By maintaining many of the fundamental elements of the previous mandate, adding critical new language, and articulating strategic direction, the mandate provides the Mission and the Council with an improved roadmap. Using the roadmap to increase effectiveness is an ambitious undertaking, which will require transparent and accurate reporting on progress, gaps, and the security environment, and maintaining focus on South Sudan throughout the mandate cycle. 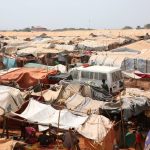