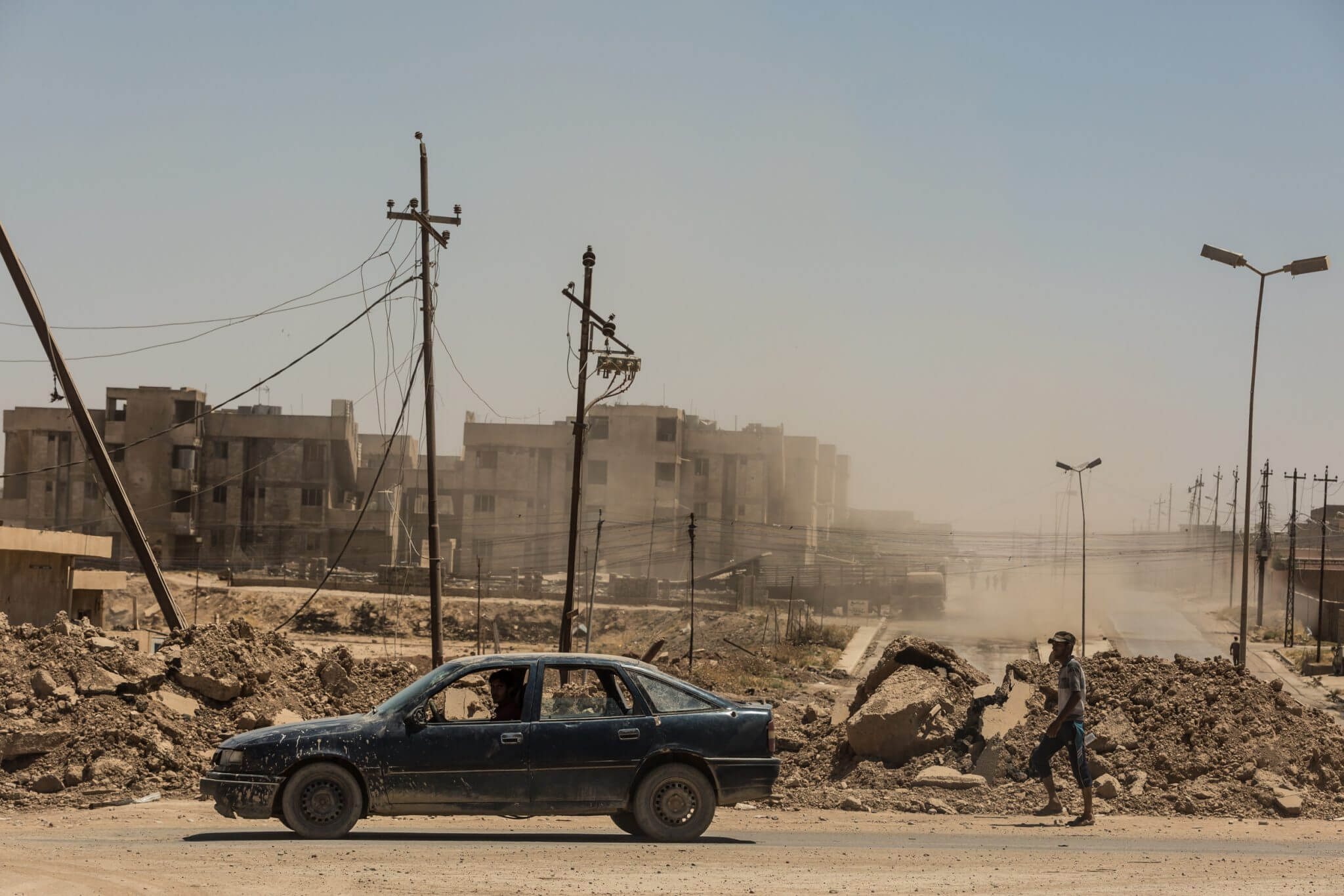 Three years after surrendering it to the Islamic State (ISIS), Iraqi Security Forces have reclaimed Mosul. But wresting the city from ISIS came at a high cost to civilians there. Airwars reports 3,800 civilian deaths from airstrikes alone. The city lies in ruins. Yet, gaining control over Mosul is only the first step in taking on the challenge of post-ISIS stabilization.

It is very likely that a new phase of conflict awaits Iraq. Recent attacks show ISIS is altering its tactics from major offensives to sniper and sectarian attacks. Militants are increasing the number of suicide attacks. These assaults are now often carried out by female bombers who are able to hide amongst civilians and target soldiers. A suicide bomber dressed in a women’s robe killed 14 civilians at a displaced persons camp in al-Wafa on July 2.

Despite the liberation of several West Mosul neighborhoods in February by the ISF, ISIS fighters were able to infiltrate the Hamam al-Alil sub-district several times. On one occasion an IED detonation caused civilian casualties in the IDP camp there. On July 5, ISIS fighters captured Imam Gharbi village south of Qayyarah sub-district, after killing some tribesmen. Similar attacks occurred in neighborhoods in recently-reclaimed East Mosul, spreading fear and insecurity across liberated areas.

In CIVIC interviews, Mosul’s displaced civilians recounted threats from ISIS militants who stated they “will still be around even if they lose the battle” and “will do their best to apply the rule of Islamic Sharia” in Mosul. Many women seemed afraid to take off their niqabs (face covering) out of fear of punishment by ISIS supporters in IDP camps.

ISIS affiliates in Mosul and IDP camps managed to pass through Iraqi screening centers. The near daily arrests of ISIS members by the ISF demonstrate this. These ISIS sleeper cells remain a major concern for civilians and security forces in Mosul, because of three years of ISIS indoctrination of many disillusioned youth.

The government lacks a proper vision and clear strategy about how to operate the recaptured city, which worsens security concerns. Mosul’s Sunni majority remains suspicious of leadership in Baghdad and the Shi’ite popular mobilization units, al-Hashd al-Shaabi. The temporary need to expel ISIS united Iraqis. The government must not allow old regional, ethnic, and sectarian disputes to resurface.

Politicians fear for the future of Mosul. On July 6, Masoud Barzani, President of the Iraqi Kurdistan Region, said he was concerned that policies of former prime minister Nuri al-Maliki, which favored Shi’ites at the expense of the region’s Sunni majority and which had allowed ISIS to gain a foothold, had not changed. “I have a big concern about the future of the area,” he said. “I hope I will be wrong.”

The creation of a comprehensive rehabilitation, reconstruction, and reconciliation process will help ensure safety for Mosul’s civilians. The international community must support Iraq in these efforts.