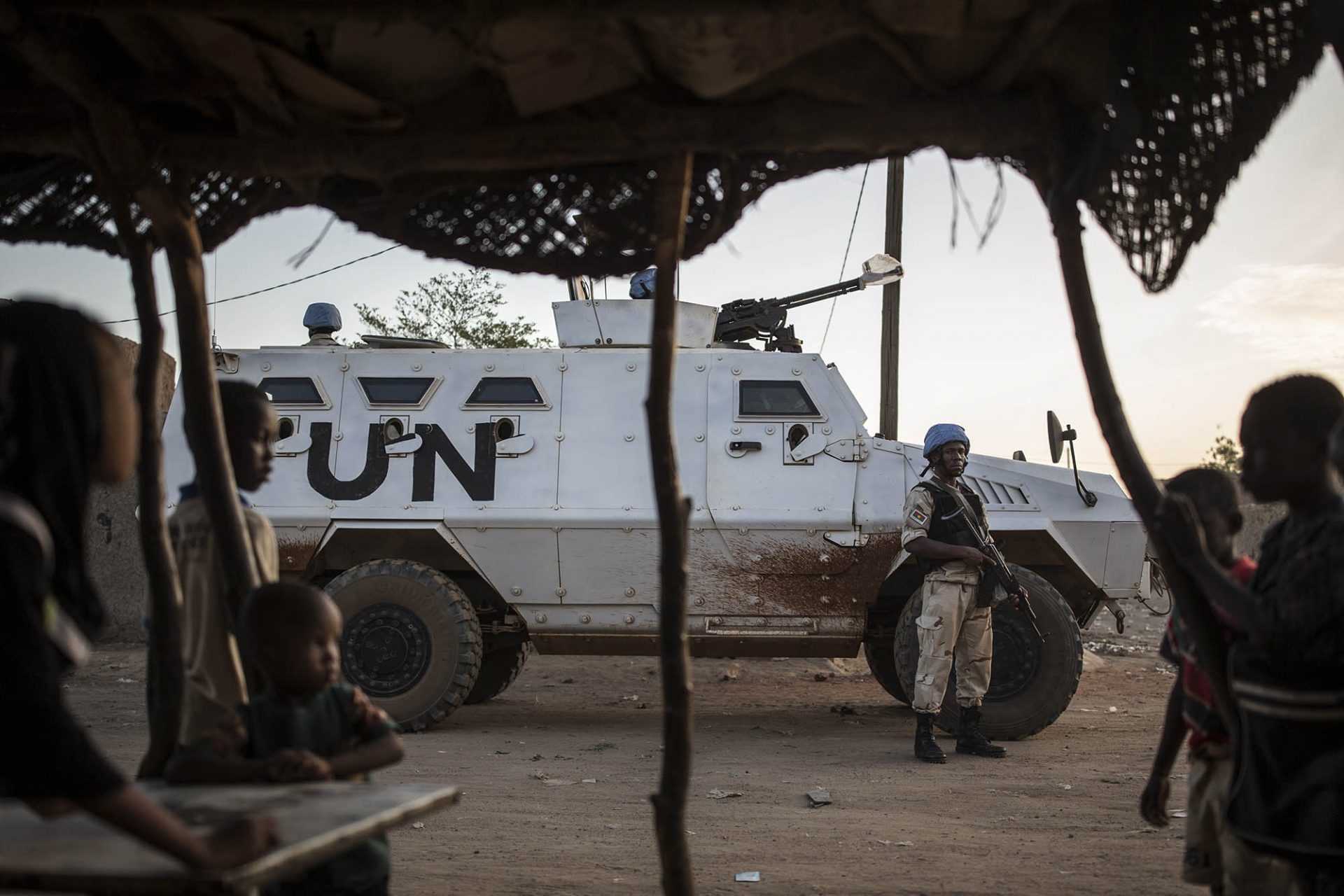 The UN peacekeeping mission in Mali has a new mandate. Weeks of negotiations between members of the UN Security Council concluded on June 29 with a reauthorization of the Mission. The renewal of MINUSMA’s mandate follows a series of tumultuous developments in Mali during the past six months. On the military front, France withdrew its longstanding support to the Malian authorities and announced the departure of its counter-terrorism mission, Operation Barkhane. Meanwhile, Mali declared its complete withdrawal from the G5 Sahel and its Joint Force. Russian paramilitaries deployed to Mali late last year and there has been a marked increase in alleged human rights violations since the turn of the year. On the political front, the Malian transitional government failed to hold elections within the timeframe that it initially promised, prompting the West African economic bloc, ECOWAS, to impose sanctions on Mali.

Despite all of these monumental changes to the operational environment, MINUSMA’s mandate remains fundamentally the same. The Mission’s overarching strategic priorities are largely unchanged – (a) to support the implementation of the peace agreement in northern Mali and the full realization of the political transition; (b) to support the reestablishment of state authority and the protection of civilians in central Mali. MINUSMA’s priority tasks to accomplish those objectives – the protection of civilians, the promotion and protection of human rights, as well as the provision of humanitarian assistance – all retain their place in the mandate. One major reason for this striking level of continuity for MINUSMA in the transformed Malian context is that it was always going to be incredibly difficult for the Security Council to develop an alternative vision for the Mission that achieve consensus among the five veto-wielding permanent members.

Nonetheless, there are some notable positive changes in the revised mandate relating to the protection of civilians and respect for human rights.

Even though there are very few substantial structural changes to the mandate, the increased focus on human rights violations throughout the text ultimately led Russia and China to abstain rather than vote in favour of the resolution. The only significant change made to MINUSMA’s task of ‘Promotion and protection of human rights’ is to request the Mission to report “quarterly” instead of “regularly” to the Security Council about the human rights situation in Mali. While the Mission has been publishing its quarterly human rights notes since the start of 2020, they have often been subject to protracted delays that can undermine the value of such updates. The note for the third quarter of 2021 was so severely delayed that the Mission eventually combined it with the note for the fourth quarter when it published its findings in March 2022. The clear instruction from the Council should help ensure that the reporting occurs at regular intervals and provides timely insights.

One major reason for this striking level of continuity for MINUSMA in the transformed Malian context is that it was always going to be incredibly difficult for the Security Council to develop an alternative vision for the Mission that achieve consensus among the five veto-wielding permanent members.

During negotiations this year, there was much discussion about whether MINUSMA should continue to “help investigate” violations of international humanitarian and human rights law, as in previous mandates, or to “investigate” such violations independently of the government. Russia, China and four other members opposed this proposed edit, which was ultimately not adopted. Since the Malian authorities have blocked several of MINUSMA’s investigations into human rights violations allegedly perpetrated by the Malian Defence and Security Forces (MDSF) and their Russian partners, the shift in emphasis would have reinforced the Mission’s role to independently investigate.

However, there are several new references in the mandate where the Security Council directly addresses the numerous restrictions the Malian authorities have imposed on MINUSMA since January 2022. The resolution explicitly urges “the Malian authorities to fight against impunity for violations and abuses of human rights and violations of international humanitarian law… by ensuring freedom of movement for MINUSMA to implement its current human rights mandate…”. Two other paragraphs express concern about how the restrictions on ground and air movements limit MINUSMA’s ability to undertake its mandated tasks and call for the restrictions to cease.

At the adoption in the Security Council, the ambassador from Mali read a statement in which the government “reiterate[d] its firm opposition to MINUSMA’s freedom of movement in the execution of its human rights mandate”. Mali’s representative further stated that “Mali has always cooperated in good faith with the UN Mission since its establishment in 2013”.

The reality in central Mali tells a different story. Over the past six months, the Malian authorities have not just prevented MINUSMA from visiting specific locations to investigate suspected mass atrocities. They have also stopped participating in two official task forces designed to facilitate cooperation between the relevant Malian institutions and MINUSMA on tackling the culture of impunity. One specifically focuses on strengthening the rule of law, while the other seeks to improve the system of military justice. When the host state government indefinitely suspends its participation in such important fora for tracking and advancing the progress of national investigations and prosecutions – in the region where threats to civilians and human rights violations are highest – it’s difficult to see how any external entity can meaningfully ‘help’. The political will to tackle impunity is simply not there, hence the need for independent and credible investigations.

There are several new references in the mandate where the Security Council directly addresses the numerous restrictions the Malian authorities have imposed on MINUSMA since January 2022.

The widely reported deployment of Wagner Group mercenaries to train and operate alongside the MDSF has also raised doubts about Mali’s commitment to protecting civilians and tackling impunity. This has also been a contentious topic of both public and private debate in the Council. A new paragraph in the resolution focuses on “condemning the use of mercenaries and violations of international humanitarian law and human rights abuses perpetrated by them.” This is the only reference to the presence of mercenaries in Mali in the mandate and contrasts with the more euphemistic references to Wagner forces found in the Secretary-General’s quarterly reports. The Malian government continues to insist it isn’t using mercenaries. Bamako maintains it is partnering with Russian state forces despite both the Russian president and foreign minister having publicly indicated this is not the case. The Council’s agreement on this language, even with the Russian abstention, is an important step in recognizing the threat to civilians posed by the Wagner Group, and further isolates the Malian government.

Perhaps one of the most constructive changes to MINUSMA’s mandate is the reinforcement of language concerning the application of the UN’s Human Rights Due Diligence Policy (HRDDP). This policy seeks to mitigate the risk of the UN providing support to non-UN forces that perpetrate human rights violations. An attempt to streamline this language in last year’s mandate de-emphasized MINUSMA’s responsibility to apply the HRDDP in full, but  underlined the responsibility of Malian forces to comply.

By contrast, the new mandate once again stresses MINUSMA’s need to comprehensively apply the HRDDP. It also includes more rigorous language about the criteria for providing support and includes other conditions, such as whether the Malian authorities are complying with the UN-Mali status of forces agreement (see OP32). This enhanced conditionality, if used judiciously, should give MINUSMA greater leverage with the Malian authorities when seeking to renegotiate the onerous restrictions imposed on its flights and patrols, which can be vital for the protection of civilians. For instance, if the Malian authorities continue to deny MINUSMA’s human rights experts access to specific locations in central Mali to conduct investigations, MINUSMA could potentially stop giving fuel or other logistical support to MDSF units in the sector.

MINUSMA has for many years had a very difficult series of tasks to pursue in a vast and dangerous territory. It has never had the requisite resources to effectively intervene to protect civilians, and it has always faced numerous challenges in implementing its mandate. The restrictions that the transitional Malian government have imposed on the Mission since the start of the year have aggravated matters, making it virtually impossible for the Mission to undertake its mandated activities in certain areas. If these imposed obstacles persist and proliferate, there is a genuine risk of MINUSMA falling into increasing irrelevance. Although modest, some of the changes to this year’s mandate present the Mission with the opportunity to regain ground and demonstrate its value to the Malian population.