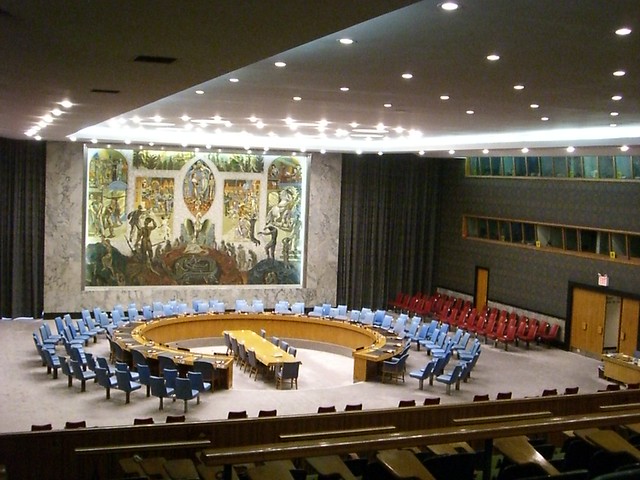 This is the sixth piece in a series that CIVIC is publishing throughout 2019 to mark the 20th anniversary of the UN Security Council taking up the protection of civilians on its agenda. This piece is a guest contribution by Leonie Arendt, who works at the Policy Branch of the UN Office for the Coordination of Humanitarian Affairs. Follow along here, on Facebook, and on Twitter as we mark this important anniversary year.

“Those who founded the United Nations believed that, despite a bloodied history, humanity was ultimately redeemable. Yet we see that civilians are still forced from their homes; driven to borders which are open one minute and closed the next; forced into hiding; separated from their families; made to act as human shields; stripped of their identities; and callously killed. The plight of civilians is no longer something which can be neglected or made secondary because it complicates political negotiations or interests. It is fundamental to the central mandate of the Organization.”

With this landmark resolution, the Security Council established what remain today the building blocks of the protection of civilians agenda: enhancing compliance with international law and relevant Council decisions in the conduct of hostilities; facilitating access to humanitarian assistance; protecting vulnerable groups including forcibly displaced persons, women and children; providing protection through UN peace operations; responding to violations through targeted measures and the promotion of accountability.

Much has been achieved over the past two decades, as highlighted by a recent stocktaking by the United Nations Office for the Coordination of Humanitarian Affairs. There is a robust normative protection framework grounded in international law and firmly rooted in the Security Council’s work, both at the thematic and the country-level. The Security Council has also created and made use of tools to enable the protection of civilians on the ground, including comprehensive protection of civilians mandates in peace operations, which have saved civilian lives; protection of civilians-related designation criteria in sanctions regimes, which have led to the listing of perpetrators of violations; monitoring and reporting processes, which have caused parties to end and remedy violations; and accountability mechanisms, which have resulted in war criminals being tried and convicted.

Yet, twenty years after the adoption of Resolution 1265, gaping disparities remain between the level of normative protection and the protection effectively provided to civilians in conflict areas around the world. Civilians continue to account for the vast majority of casualties in armed conflicts, and conflict is driving humanitarian need around the world. In the words of Secretary-General António Guterres, this state “will continue for another twenty years, and beyond, without urgent action to grapple with the central challenge of enhancing and ensuring respect for international humanitarian law and international human rights law, in particular in the conduct of hostilities.”

The twentieth anniversary of Resolution 1265, which remains striking in its relevance, is a time for reflection. It also a time for concerted action to achieve tangible improvements for the protection of civilians. Practical steps must be taken by the Security Council, the Secretariat, Member States, and all parties to conflict, in order to achieve compliance with international norms and accountability for their violation.

In line with the Secretary-General’s recommendations in his latest report on the protection of civilians, actions could include adopting and implementing national policy frameworks on the protection of civilians, promoting, and supporting systematic engagement with non-State armed groups to enhance compliance with international law, and establishing, funding, and supporting accountability mechanisms at the national and international level. Ambitious initiatives are needed to make headway toward relieving the plight of civilians in armed conflict in the years and decades to come.

Leonie Arendt works with the Policy Branch of the UN Office for the Coordination of Humanitarian Affairs. Ms. Arendt was the lead author of UNOCHA’s May 2019 paper, “Building a culture of protection: Twenty years of Security Council engagement on the protection of civilians.”

CIVIC welcomes contributions from around the world to provide insight on the civilian experience of conflict and importance of promoting better protection.