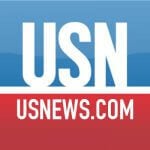 In last week’s Republican presidential debate, we heard all about saturation bombing and destroying the Islamic State group. Republican contender Sen. Ted Cruz recently proffered his opinion that we should “carpet bomb ISIS into oblivion.” In the past two weeks, a 34-nation Islamic military coalition to combat terrorism was announced, President Barack Obama told Islamic State group leaders that they “are next,” and, in a phone call earlier this month, British Prime Minister David Cameron and Russian President Vladimir Putin agreed to work together in the fight.

This rhetoric is tough, but is it smart? A sole focus on the Islamic State group shows that the international community is drifting further from the facts on the ground, which implicate Syrian dictator Bashar Assad and his allies as the main perpetrators of civilian death and injury in Syria. Where does all of this leave Syrian civilians?

Read the article in full on US New’s site.