Disquiet on the Eastern Front 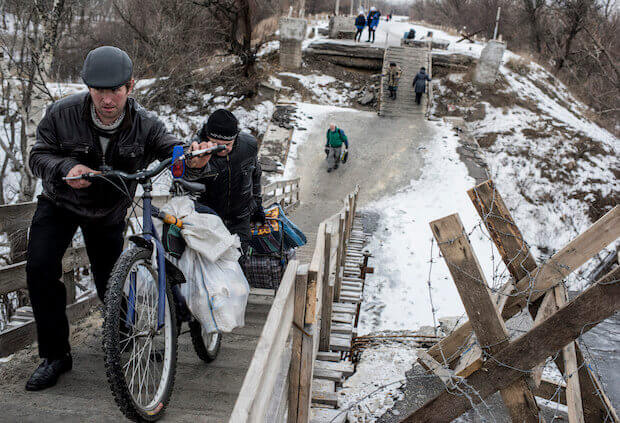 The 400-km contact line separating Ukraine from separatist-controlled areas of the Donbass Region is a staggered line of checkpoints, villages, and soldier fighting positions. Unlike other conflicts where CIVIC works—the amorphous conflict zones of northeast Nigeria, for example—the border in eastern Ukraine is a bright line of separation, with the Ukrainian military on the west and Russian-backed separatists on the east in what Ukraine refers to as the Temporarily Occupied Territories, Non-Government Controlled Areas, or Anti-Terrorist Operation Zone.

The civilians along the contact line are, of course, those who suffer the most. They endure massive property damage and the separation of families, but they also face personal dangers as well. Exchanges of artillery and gunfire continue every night, and people crossing at checkpoints have to deal with soldiers from both sides. These civilians face an uncertain future, and so does Ukraine as a pro-democracy, pro-Western, and anti-authoritarian country.

Though the intensity of the conflict has lessened, this is by no stretch a dormant war. Nearly 10,000 Ukrainians have died since 2014, and an uptick in fighting at the end of January 2017 caused as many casualties in just a few days as the monthly average for 2016—compounding a particularly difficult winter that left more than 20,000 residents of Avdiivka, a city in the southeast near Donetsk, without heat or water. And though the conflict itself is largely confined to the “contact line,” civilians throughout Ukraine have been affected. The war has forced nearly 1.7 million people from their homes, and the overall economy continues to struggle. Thus, how the government in Kyiv handles civilian harm is pivotal.

CIVIC hopes to help Ukraine better assess civilian harm through investigations and analysis that can then be shared with commanders along the contact line.

CIVIC first researched civilian harm in Ukraine in 2016, releasing the report We are Afraid of the Silence and paving the way for our current work assessing Ukraine’s ability to implement CIVIC’s recommendations. Ukraine, for its part, is already taking steps to improve government soldiers’ interactions with civilians. In April 2017, the Ministry of Defense’s Civilian-Military Cooperation of the Armed Forces (CIMIC) hosted a two-day conference, attended by more than 20 domestic and international organizations, to discuss its ability to implement “Regulations on Preventing Human Losses Among Civilians,” an ambitious plan how to better address civilian harm, specifically in the military operations in the east.

The Regulations call for a comprehensive approach to prevent and address civilian harm, as well is setting up a Civilian Casualty Mitigation Team (CCMT) that would include members from the Ministry of the Interior, Security Service, Border Guard Service, and Armed Forces. Though the government has not yet taken steps to implement the Regulations, the fact that the government has put the concept in writing and is sharing the plan with external organizations is a promising step, and shows that Ukraine is willing to acknowledge that civilian harm is a problem.

CIVIC hopes to help Ukraine better assess civilian harm through investigations and analysis that can then be shared with commanders along the contact line. Understanding how civilians are harmed is just the first step; Ukraine must take this understanding, change practices, and then ensure that all military units understand how to implement these new practices.

CIVIC has already established a cooperative relationship with CIMIC, as well as with international organizations such as the UN Humanitarian Response Protection cluster, Office of Security Cooperation-Europe, and Office of the High Commissioner for Human Rights. By also leveraging the local expertise of the many civil society organizations (CSO) that work in the area, CIVIC will help develop and implement the best possible policies, practices, and procedures—all of utmost importance to help ensure transparency and credibility of government practices. CIVIC is already working with Foundation 101, a CSO monitoring how military personnel treat civilians at contact line checkpoints.

The future of the conflict in Ukraine may be uncertain. But protecting civilians better—and doing so consistently and transparently—will help set the framework for a peaceful and secure future, whatever that may ultimately look like. 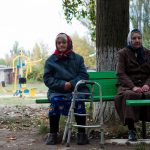 Being Caught in Conflict: To Stay or Go? 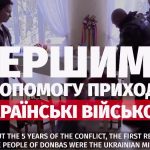