SOMALIA: Civilians in the Crossfire

August 16, 2010By Center for Civilians in Conflict

“No one even helps you bring in the dead; you collect the bodies at your own risk,” a woman called ‘L’ explained to me at the Dadaab refugee camp in Kenya. Fighting in the Somali capital of Mogadishu has raged on and off for nearly two decades, but never has it been quite so brutal or dangerous for civilians as it has in the past few years. The current phase of the conflict began in 2007, when the ICRC proclaimed it the worst fighting in Somalia in 15 years. Since then, the situation has spiraled downwards, with displacement, malnourishment and civilian deaths all on the rise.

So, if war has long been a part of life in Mogadishu, what’s different about this round of fighting? First and foremost, it’s the emergence of al Shabaab, an armed militia imposing a foreign and unforgiving brand of Islamism. Its fighters fire on the fragile Somali government from residential neighborhoods and flee the area; then, when the government and peacekeepers return fire, they slam the government for killing innocent civilians. “Since Shabaab came, everything got turned upside down,” said L, who blames al Shabaab for the deaths of her brother and husband. She added: “If they learn my name or see my face [in this interview], Shabaab will hunt down my relatives and kill them.”

Another cause of the uptick in suffering is the arrival of the African Union Peacekeeping Mission in Somalia (AMISOM). By most accounts, AMISOM wishes no harm on civilians and only opens fire in response to attacks on the government or its own personnel. “AMISOM doesn’t attack you if you don’t attack them – they support the government,” explains L. Nevertheless, when AMISOM is attacked, it fires its artillery and mortars into the civilian areas from which al Shabaab fire, causing extensive civilian casualties in the process.

Those attacks coupled with AMISOM’s denial that any civilians are being harmed is simply unacceptable, no matter how pure its intentions or vicious its enemies. As a result, AMISOM is rapidly losing the trust of the Somali civilian population and the support of the international community.

AMISOM needs some tough love from its supporters. Its strongest backers, including the UN, US and EU, need to hold AMISOM accountable for causing civilian casualties, but also give it the tools it needs – like advanced guidance systems, more spotters and intelligence gathering assistance – to help minimize such civilian harm. AMISOM needs also to urgently acknowledge civilian losses and consider ways to compensate victims for their losses or find some other way to recognize and dignify their suffering. “They should help and we should be able to make claims,” L added.

AMISOM must publicaly acknowledge when it harms innocent people. It’s the very least we should expect from a force working to bring stability to Somalia. 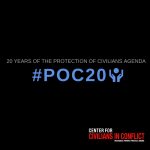 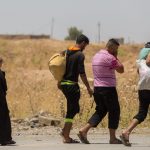 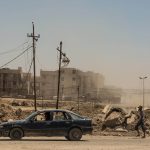