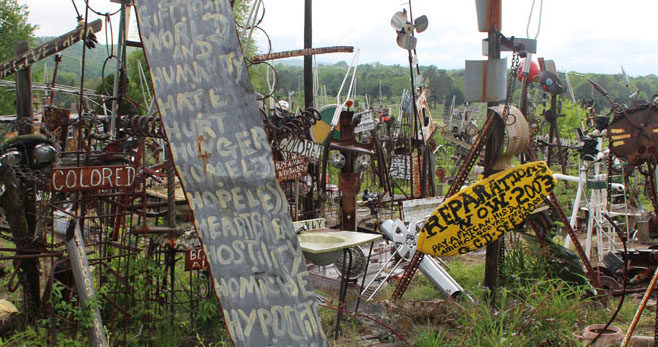 From demands for reparations from Russia for civilian harm in Ukraine, to calls for reparations for Britain’s legacy of slavery after the death of Queen Elizabeth II, concepts like reparations and compensation have made recent headlines. This article explores what international law has to say about reparations, with a focus on accountability for violations of the law of war that result in civilian harm.

Note that reparations and compensation required under international law are distinct from forms of amends that armed actors undertake as a policy matter, without requiring or amounting to an admission of legal guilt. This blog post focuses on redress for illegal acts. Read more about amends as a policy matter here.

International humanitarian law (IHL), also known as the law of war, requires, among other things, that states distinguish between civilians and combatants when using force and avoid causing disproportionate harm to civilians and civilian objects. When these rules are violated, IHL seeks to hold the responsible actors accountable, which can include reparations. Reparations refers to the steps taken by responsible actors to restore victims to the position they were in prior to the actor’s violation of IHL. When it is not possible to fully restore victims, actors are expected to restore the victims as much as possible.

Under customary international law, “a State responsible for violations of international humanitarian law is required to make full reparation for the loss or injury caused.” Historically, reparations under IHL have only been given to other states, but calls for reparations to harmed individuals are becoming more widespread, paralleled by an increased recognition that the individual can play a bigger role in IHL than perhaps originally conceived. The Draft Articles on State Responsibility read that civilians harmed during armed conflict should be seen as “the ultimate beneficiaries” of reparations under IHL.

Article 3 of the Hague Convention (IV) gives individuals the right to bring claims from reparation to domestic courts. In addition, some states have begun using inter-state agreements or unilateral acts as a mechanism for individuals to bring claims for reparations to domestic or regional courts. However, it is still very difficult for individuals to succeed with their claims, especially in domestic courts. According to Emanuela Chiara-Gillard of the ICRC, claims have often failed for one of the three following reasons:

Customary international law is also less clear about the obligations of non-state actors who  violate IHL and harm civilians as a result. However, there seems to be a trend indicating support for holding non-state actors accountable. For example, an agreement drawn between the Philippines government and an opposition party states that the opposition party was to be treated like a state actor under IHL and consequently bound to reparation obligations under IHL. The United Nations has also shown support for holding non-state actors accountable through various resolutions.

What Types of Reparations are Available?

Reparations are typically split into three categories: restitution, compensation, and satisfaction. Reparations can take the form of any of these three, singularly or in combination.

Restitution is meant to restore the injured party to the position they were in before they experienced illegal harm as long as doing so “is not materially impossible” and “does not involve a burden out of all proportion to the benefit deriving from restitution instead of compensation,” meaning that providing restitution does not create a burden for the responsible state that is greater than the benefit victims would receive from said restitution. Some examples of restitution include releasing someone who has been wrongfully detained or the return of stolen cultural property. Because of the irreversible loss of life or injury that occurs in many cases of civilian harm, restitution is often not a feasible form of reparations in such cases.

Compensation is a financial payment that is meant to remedy the part of the harm that restitution could not. If reparations are impossible or impractical, compensation may be the primary or exclusive reparation. The obligation to compensate for damage caused by violations of IHL is confirmed by a number of official statements, as well as in a number of resolutions adopted by the UN Security Council and UN General Assembly.

If restitution and/or compensation do not fully remedy the harm, satisfaction may be sought. Satisfaction can take a variety of forms including an acknowledgement of the IHL violation, an expression of regret, a formal apology, a guarantee of non-repetition, or rehabilitation. In addition to reparations, IHL also requires armed actors to establish the truth through an investigation, and to bring perpetrators to justice. Truth-telling and disciplinary or penal action against the individuals responsible for an IHL violation may also be a way to provide satisfaction.

The Prospects for Reparations: Challenges, Opportunities, and the Way Forward

Unfortunately, reparations are not commonplace for a few reasons. First, as mentioned above, making claims for reparations as an individual can be very difficult. Domestic courts often have little incentive to grant an individual’s claim for reparation. If individuals are meant to be “the ultimate beneficiaries” of reparations under IHL, there must be some sort of enforceability mechanism to hold states accountable when they owe reparations to individuals.

Second, power imbalances, both between individuals and states as well as among states, make it difficult to hold states accountable. For example, states with more power – such as states in the global north with more economic and political capital – often have an easier time evading international responsibility because there are few, if any, state actors to hold them accountable.

Third, when there is a recognized violation of IHL, especially when a state is the victim, international mechanisms prioritize punishing the culprits over seeking reparations. In other words, current mechanisms are not often victim-centered. While punitive measures are necessary, they should not come at the expense of reparations. Dr. Christine Evans argues that sustainable justice for victims has three elements – judicial accountability, reparation, and truth – and that these elements should be used contemporaneously, not exclusively.

Despite these challenges, the prospects for reparations are not hopeless. For example, the International Criminal Court has created a Victims Trust Fund, which gives reparations to individuals by using external contributions in conjunction with money and property collected by the Court from the responsible state actors. This model can and should be used at regional and national levels to help ensure funding for reparations is available. Indeed, a 2005 United Nations General Assembly resolution stated “…that the establishment, strengthening and expansion of national funds for compensation to victims should be encouraged” – a conversation that should be reinvigorated.

In addition, some states have created opportunities for individuals to seek reparations. For example, in 2009 Iraq adopted a law titled “Compensating the Victims of Military Operations, Military Mistakes and Terrorist Actions,” also known as the compensation law. The law seeks to compensate Iraqi civilians who experienced harm as a result of military operations against ISIS. Colombia’s 2015 peace agreement with FARC also earmarked over $20 billion to be paid to over 7 million victims over the course of 10 years; and though implementation has proved challenging in places, many payments have been made.

Reparations are a key tool for addressing civilian harm that arises from violations of IHL. When international reparations put victims at the center of the conversation, and when the international community holds states accountable for their harm, it sends a signal that civilian harm will not be tolerated and must be addressed.

Elizabeth Yoder is an intern at CIVIC and a JD candidate at Georgetown University Law Center.