Saudi Arabia Must Prioritize Civilian Protection in its Yemen Operations 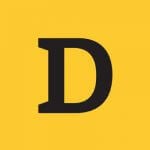 Yemenis must have sighed with relief when, on April 21, the Saudi government announced they would end their air campaign against the Houthi rebels. In a bit more than a month, the strikes have reportedly killed 1,000 civilians and injured many thousands more. Facing mounting criticism of the high civilian toll, Saudis abruptly renamed the campaign Operation Renewal of Hope, but noted that they reserved the right to continue the use of force. The next day their jets hit targets in Yemen yet again. Yemeni civilians—already the victims of years of conflict and suffering every day as hostilities and the humanitarian crisis escalate—continue to be a secondary thought.

The United States, which is providing intelligence and logistical support for the air operations, knows all too well how ignoring civilian harm can undermine mission success. It learned that lesson in Iraq and Afghanistan: indifference toward the plight of civilians generates lasting resentment among the civilian population and strengthens armed groups, at enormous strategic cost. That is why the United States should ensure that Saudi Arabia, a key ally in the Middle East, prioritizes civilian protection in its Yemen operations. 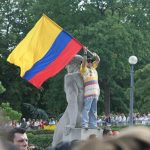