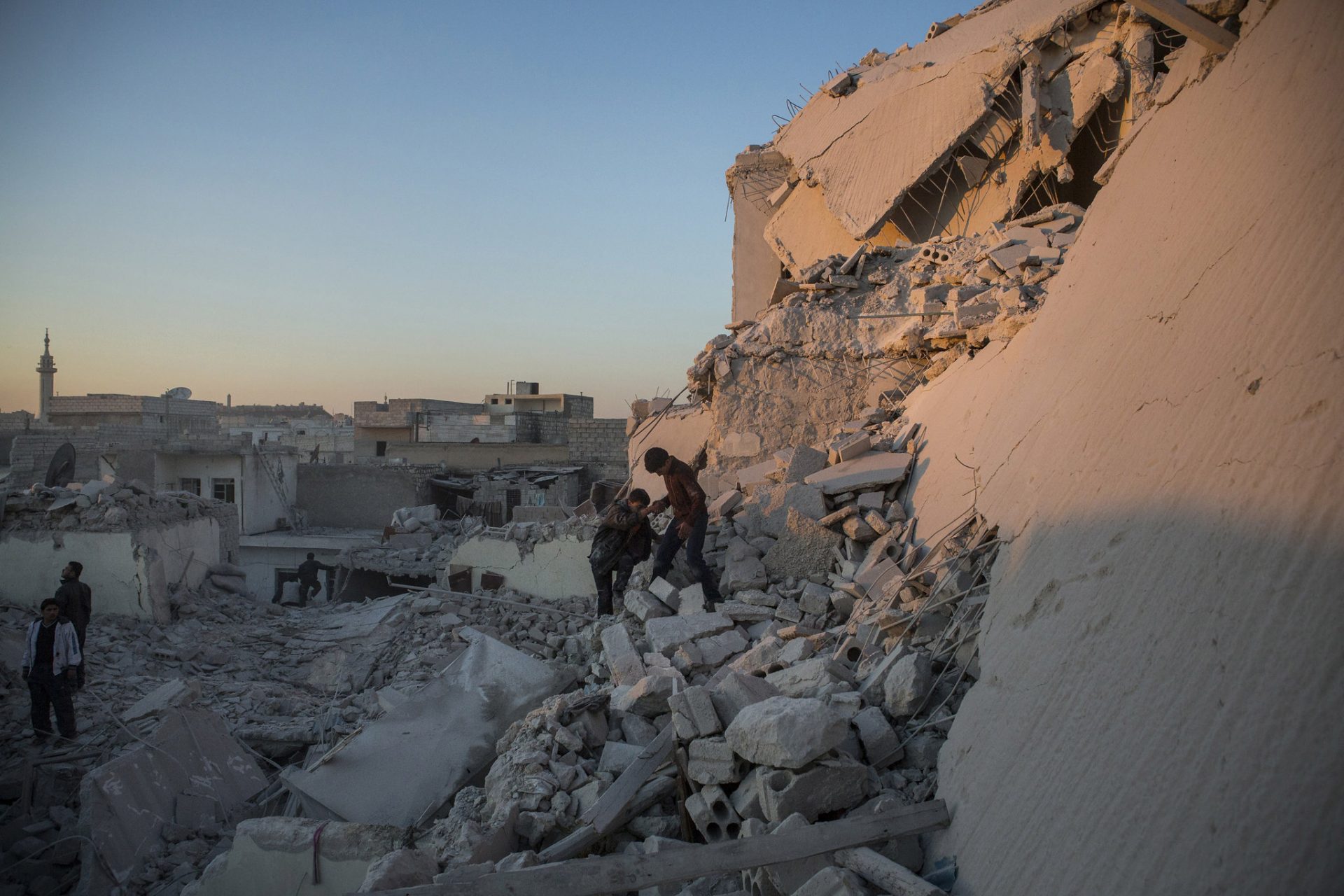 The harm caused by a military strike in armed conflict often appears to fit neatly into a headline: “U.S. Drone Strike Kills 15 Civilians in Afghanistan.” But more often than not, the story does not end there. A similar strike may damage a power plant, cutting off electricity to civilians in the area. It may destroy a water station, leaving the surrounding population without access to clean water, perhaps contributing to a cholera epidemic. It may damage a hospital, limiting civilians’ access to life-saving medical care. These are examples of the reverberating effects of armed conflict.

Reverberating effects (also referred to as “indirect effects,” “knock-on effects,” and “second- and third-order effects”) have been defined as harms “that are not directly or immediately caused by the attack, but are nevertheless the product thereof.” These effects result from damage to civilian objects, such as infrastructure and housing, that causes disruption to health care, electricity, water, nutrition, sanitation, economic activity, and other essential services. In recent conflicts, civilian deaths caused by reverberating effects have far outstripped the civilian casualties that directly result from armed attacks.

Such a significant source of civilian harm might be expected to feature prominently in the body of international law seeking to limit the effect of war upon civilian populations, but until recently, the reverberating effects of conflict have generated relatively little attention in interpretations of international law. As our capacity to document, measure, and understand these effects has increased, there has been a growing acceptance that reverberating effects must be factored into the legal obligations of parties to armed conflict (see, for example, this ICRC report and the work of Isabel Robinson and Ellen Nohle of the ICRC). However, despite this growing recognition, disagreement remains over how reverberating effects fit into the legal framework governing armed conflict and the scope of the legal obligation.

Reverberating Effects and the Conduct of War

The IHL obligation to take reverberating effects into account derives from the principles of proportionality and precaution. These principles are articulated in Articles 51(5)(b) (proportionality) and 57(1) (precaution) of Additional Protocol I to the Geneva Convention (AP I). These provisions of the Protocol are widely considered to represent customary international law, and are therefore binding even upon states that are not party to the Protocol. The United States is not party to AP I, but has taken the position that the majority of the provisions in the Protocol represent customary international law binding upon the U.S., including Articles 51 and 57.

The principle of proportionality holds that if an attack is expected to cause “incidental loss of civilian life, injury to civilians, damage to civilian objects, or a combination thereof” that is excessive in relation to the military advantage pursued, such an attack is prohibited. Organizations like the ICRC, along with a growing number of states, support the notion that the reverberating effects of conflict must be included in proportionality analysis along with the direct effects of an attack. Despite this growing support, contentious questions remain: 1) What types of reverberating effects must be taken into account? 2) What are the legal standards to which decision-makers are held?

First, the reverberating effects relevant to proportionality analysis include at least those effects that result in “loss of civilian life, injury to civilians, damage to civilian objects, or a combination thereof.” Experts have interpreted “injury” to include disease and severe mental suffering, and “damage to civilian objects” is understood to include environmental harm, all of which are particularly common reverberating effects of conflict. Some states and scholars have supported a more expansive range of effects—to include economic hardship, displacement, and damage to political or social relations—while other states remain reluctant to consider such effects.

Second, according to the ICRC, proper assessment of reverberating effects turns on a familiar legal standard: foreseeability. Foreseeability is measured objectively rather than subjectively, meaning that it asks what effects a reasonable person would have foreseen, rather than asking what the actual decision-maker foresaw. All information available to the decision-maker is taken into account, and the expertise of a military commander is assumed. Therefore, the full legal standard for proper assessment of reverberating effects is: What reverberating effects would be foreseeable to a reasonable military commander under the circumstances, with all available information?

Information affecting the foreseeability of particular effects includes past experience and empirical data, contextual factors like the length of conflict and ongoing imposition of sanctions, and available intelligence. Due to the substantial and growing body of evidence on the reverberating effects of conflict, especially in urban areas, it has become exceedingly difficult to argue that these effects are not foreseeable. Military commanders are required to adjust their proportionality assessments in light of this evidence.

Bottom Line: It is increasingly recognized that, after assessing all available information, if the direct effects and the foreseeable reverberating effects of an attack are expected to cause excessive harm to the civilian population, the attack is prohibited.

The principle of precaution requires parties to a conflict to take “constant care” to spare the civilian population and civilian objects from harm. Two elements of this obligation are particularly relevant for addressing reverberating effects: 1) the obligation to assess the effects of an attack and refrain from launching an attack expected to violate the rule of proportionality; and 2) the obligation to take all feasible precautions to minimize civilian harm through the choice of the means and methods of attack. Both of these obligations are measured against a standard of feasibility.

First, to avoid launching attacks that violate the rule of proportionality, military commanders must actively seek out available information on the possible effects of an attack. According to the ICRC, to understand the reverberating effects of an attack, commanders are obligated not only to acquire information on civilian infrastructure in the vicinity of an attack (e.g., water distribution networks, sewage treatment facilities, electricity generation plants), but also to consult sources of technical expertise, such as civil engineers.

Second, whenever feasible, military commanders must make decisions regarding the choice and use of weaponry that minimize harm to civilians. This obligation is particularly important when explosive weapons are used in densely populated areas, as the reverberating effects may vary significantly.  Because urban war has such a devastating reverberating impact on civilians—destroying lives, livelihoods, and access to healthcare and education among other impacts—CIVIC and other partners have consistently called on governments to commit to avoiding using explosive weapons in populated areas (EWIPA).

Reverberating Effects and Other Legal Obligations

While reverberating effects have received the most attention in jus in bello considerations—the area of law most relevant to CIVIC’s work—two other bodies of law may also have bearing on the treatment of reverberating effects: jus ad bellum, the law governing the recourse to force; and the varying sources of law governing obligations to remedy harm.

Reverberating Effects and the Recourse to Force

The law concerning the recourse to force, or jus ad bellum, has been governed by the U.N. Charter since its adoption in 1945. The Charter allows a state to use force only in self-defense or if authorized by the Security Council. Beyond these broad parameters, a robust body of customary international law prescribes further restrictions on the recourse to force. Among this body of customary law, the reverberating effects of conflict are most relevant to the jus ad bellum principle of proportionality. Read more about reverberating effects and potential jus ad bellum considerations here and here.

First, IHL requires parties to armed conflict to facilitate humanitarian assistance for civilians affected by conflict. Such assistance includes food, medicine, and other basic supplies that help relieve the reverberating effects of conflict upon a civilian population.

Second, as articulated by the ILC Draft Articles State Responsibility, international law requires states to provide full reparation for any internationally wrongful act, such as a violation of the IHL rules discussed above. If the reverberating effects of a military attack or campaign render a state’s actions internationally wrongful, the state must seek to repair the damage, perhaps through reconstruction of infrastructure, provision of humanitarian aid, or compensation of victims.

Finally, the Responsibility to Rebuild, a corollary to the Responsibility to Protect doctrine, suggests that a state or international coalition undertaking a humanitarian intervention bears a responsibility to help the country rebuild after the conflict. This requires a multifaceted effort that could include, inter alia, reconstruction of infrastructure and housing and devotion of resources to health and social reconciliation—in other words, a comprehensive approach to repairing harm caused through the reverberating effect of conflict.

As the capacity to document, measure, and understand the reverberating effects of conflict has grown, the attention devoted to this important category of civilian harm has risen as well. The legal community concerned with civilian protection must seize the opportunity presented by this new information and energy. By clearly articulating the application of existing rules to reverberating effects, adapting the law to meet the unique challenges presented by this category of harm, and advocating the implementation of these new findings to policymakers and military leaders, the legal community can ensure that the reverberating effects of conflict finally receive a level of attention commensurate with the harm they create.

Clark Orr is a student at Georgetown University Law Center and a CIVIC – Georgetown Law Fellow for Summer 2021. 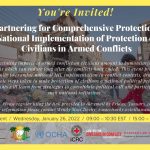 Partnering for Comprehensive Protection: National Implementation of Protection of Civilians in Armed Conflicts 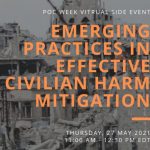 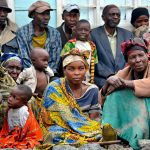