April 20, 2012By Center for Civilians in Conflict

It’s hard to believe it’s been a year since our friend and steadfast CIVIC supporter Chris Hondros was killed while on assignment in Misrata, Libya. Chris was a Pulitzer Prize nominated photojournalist who covered most of the worlds major conflicts beginning in the late 90s. Chris covered conflicts, but his real passion was capturing the people affected by them. Chris’ images of civilians struggling to survive amidst bullets and bombs gave us all an immediate understanding of the gravity of war. You’ve likely seen his images on the front page of flagship newspapers such as the New York Times, Washington Post and numerous others.

But what you may not have known was that Chris’ work has been the visual representation of what we do here at CIVIC since 2005. He gave us his images so we could tell the story of  war victims and why our work matters.

His commitment to the cause of humanizing war lives on in a partnership with The Chris Hondros Fund established by his fiancee Christina Piaia. The Fund will raise awareness and educate the public about the work of photojournalists. Click here to learn more about Chris and the Fund: http://www.chrishondrosfund.org

Below are a few of his incredible images. 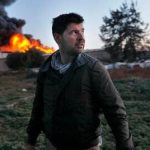 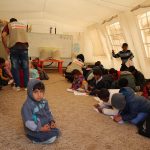