July 1 marked the one-year anniversary of the Executive Order on Pre- and Post-Strike measures to address civilian casualties in US Operations Involving the Use of Force. The Executive Order (EO), passed in the final year of the Obama administration, committed the entire US government to minimizing harm caused to civilians by US operations. It also helped institutionalize lessons learned by US commanders in Afghanistan to protect civilians. And it firmly clarified the importance of transparency, accountability, and oversight in the US’s use of force.

Perhaps most important, the EO also established that, for the US, avoiding harm to civilians is a worthy priority all on its own, rather than just a tactic of counterinsurgency. It said the United States is a country that vigorously pursues its enemies, but leaves civilians out of the fight.

But the Executive Order was just a piece of paper, and it required a real commitment by all involved to realize its promise. For the remainder of Obama’s term, some things to prevent harm and increase transparency and accountability improved. Others did not.

The Trump administration’s rhetoric … raises questions about its commitment to protecting civilians and if its strategy to “annihilate” ISIS has directly led to more civilian casualties.

A year later, and six months after President Trump took office, the EO remains in place, but the civilian toll of war in Iraq, Syria, Yemen, and Afghanistan has grown. The Trump administration’s rhetoric, before and after the election, raises questions about its commitment to protecting civilians and if its more aggressive strategy to “annihilate” ISIS has directly led to more civilian casualties.

Center for Civilians in Conflict (CIVIC) has learned from experience and careful study that civilian harm is rarely caused by only one variable, whether it’s the pace of an operation, the size of a bomb, the quality of intelligence, or the training of a soldier. Attributing harm to, or focusing improvement on, a single factor risks missing important combinations of causes.

CIVIC believes that reducing the risk of harm requires constant evaluation of process and tactics to determine where changes can be made. This is why we consistently recommend the commissioning of independent studies and analyses of civilian harm. We also need innovative military leaders to determine how it can be done with minimal sacrifice in terms of time, resources, and military advantage. Rigorous self-analysis and innovation both require a serious commitment from political and military leaders, and a strategic vision that truly places civilians at the center of all military campaigns, no matter the military objective: the kind of dedication reflected in the spirit and word of the Executive Order.

Civilians caught in conflict don’t care about US politics. They care even less about who you or I voted for. But what they and others see, experience, and believe about the US government’s commitment to not harming civilians affect the standing of the country now and well into the future. The Trump Administration has an opportunity to demonstrate that Americans’ belief in principled leadership in war can be a non-partisan issue, and should adopt the spirit of the EO and continue to carry out its implementation. 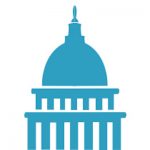 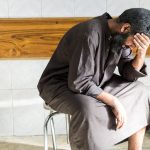 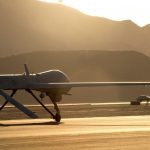