By Beatrice Godefroy and Julien Théron

Even as people in Ukraine’s Donbas region continue to suffer amid the seven-year-long conflict between government forces and Russian-backed separatists, populations elsewhere in Eastern Europe find themselves also at the center of lingering tensions between conflicting regional powers. The “flash” hostilities that broke out between Armenia and Azerbaijan in September again turned Nagorno-Karabakh into a theater of confrontation among local and national armed groups operating with significant support from Russia and Turkey. Once again, civilians are paying the price.

While intentional and widespread attacks on civilians such as those waged in recent conflicts – in Syria, for instance — were not reproduced in this round of fighting in and around Nagorno-Karabakh, the lack of consideration for the protection of civilians has been notable, both during the conflict and in the current phase since the Nov. 9 Russia-brokered ceasefire. The agreement put an end to intense hostilities, thereby decreasing physical threats to civilians. But schools, hospitals, and other critical infrastructure were destroyed, leaving the civilian environment significantly damaged and making it difficult for the tens of thousands of civilians who fled the violence to return home.

As humanitarian conditions worsen during these winter months and amid the global pandemic, local governments, assisting nations, and the international community must mobilize more quickly and decisively to aid the populations in and around Nagorno-Karabakh. In addition to immediate humanitarian assistance and relief, civilians are in great need of physical protection. 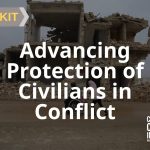 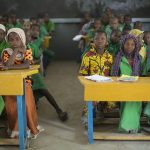