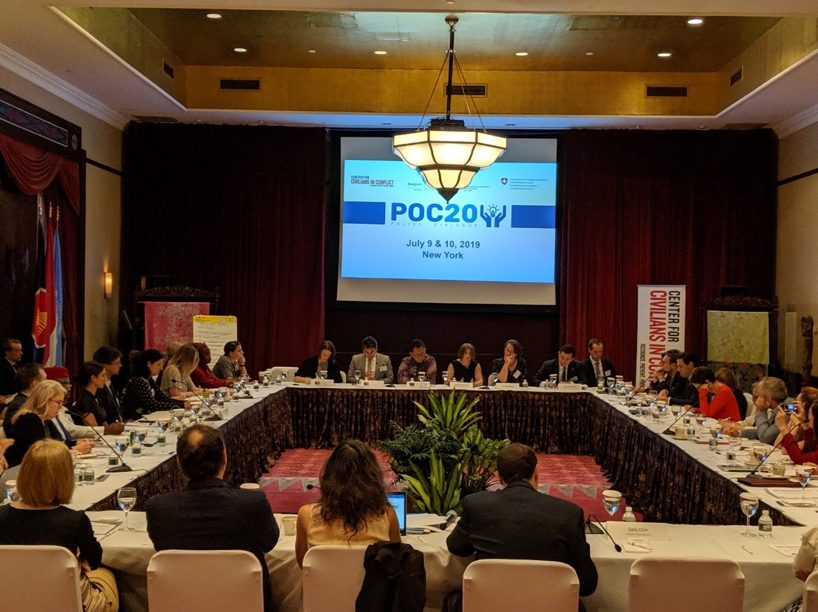 The Center for Civilians in Conflict (CIVIC) and the Permanent Missions of Belgium, Indonesia, and Switzerland to the United Nations convened the POC20 Policy Dialogue on July 9 and 10 in New York.

The POC20 Policy Dialogue brought together experts, thought leaders, and key stakeholders from a diverse group of Member States, intergovernmental organizations, the United Nations, and civil society for a focused and frank discussion on contemporary and recurring issues in protecting civilians in armed conflict.

The sessions of the POC20 Policy Dialogue focused on four key issue areas, including:

•    Prioritizing the protection of civilians at the national level;

•    Minimizing harm to civilians in the conduct of hostilities in contemporary conflict;

The event will be followed by a policy brief published by CIVIC that will capture the major themes of the discussion and provide concrete recommendations to inform the future of the protection of civilians agenda.