“How much could a wheelchair cost?”  Rubina exclaimed.  “Seven hundred rupees?”  She took 500 rupees, about $7, from her wallet and turned back to Mahia’s tent to give it to her family.

In 2008, while in her home in Bajaur Agency, shrapnel from tank or artillery shelling struck Mahia in the head, paralyzing her and leaving her unable to speak.  She now lives with her mother, two of more than 100,000 other displaced persons in the Jalozai refugee camp outside Peshawar, in northwest Pakistan.

Rubina was shocked by Mahia’s situation.  Without a wheelchair, Mahia’s family has to carry her to the public latrines down the road from their tent.  Outraged that the lack of a simple, inexpensive item could make such a difference in their lives, Rubina felt compelled to offer the family money in the hope that they could purchase a wheelchair.

There are no official figures for civilian casualties in Pakistan.  But in only one day, in one small section of a refugee camp, we came across 24 cases of civilians who had been injured or had lost family members as a result of the fierce fighting between the military and militants.  For many, their injuries or losses have made their lives in the camp even more difficult.

Sabir, a 14 year-old boy, worries about supporting his family without his father.  Last March, fighter jets shot his father when he defied a curfew to search for a way for his family to escape the violence. Sabir’s father made it back to their home, but lost his leg and died within several days from his wounds.  With his father gone and four siblings to look after, Sabir has a lot on his mind for a 14 year-old.  He says he is the only person who can support the family now.

A family tent at Jalozai

Iqbal, 30 years-old with four children, was taking cover from the fighting when his house was struck by a tank shell.  The walls collapsed around him, and he awoke to see one of his legs severed just below his knee.  He now wears a prosthetic thanks to the Red Cross, but finding work with his disability is very difficult, as is traversing the long dirt pathways of the camp. 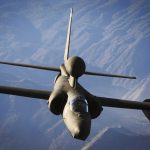 By Center for Civilians in ConflictMarch 26, 2010