On New Year’s Day, residents of Shah Hassan Khel – a village outside South Waziristan – gathered to watch two local teams face off in a volleyball match.  Suddenly, a suicide bomber plowed his truck into the crowd.  The explosion was felt 11-miles away and decimated the surrounding neighborhood.  Over 100 people from the village were killed and scores injured.

Civilians in Pakistan suffer not only from military and militant operations, but also from devastating terrorist attacks.  Soon after I arrived three months ago, the military began a major operation in South Waziristan; since then, according to newspaper reports, over 800 people have been killed in terrorist attacks throughout the country.
While this figure also includes law enforcement personnel, most casualties are civilians.

The rise and frequency of terrorist attacks is staggering.  Over the course of 2009, suicide bombers struck in Pakistan every five days on average.  Hardest hit was the Northwest Frontier Province, and particularly its capital, Peshawar.

Driving down Peshawar’s main avenue, Khyber Road, evidence of terrorist attacks is all around.  Every few blocks you’ll pass a building or area that has been hit—the Pearl Continental Hotel, the intelligence agency headquarters, the court complex, the press club, the Khyber bazaar—and so on.  People in Peshawar emphasize that this violence is new and shocking to them; they are jarred just as any American would be if an attack occurred in their hometown.

However, compensation is often politicized and not provided in any regular, systematic manner.  Follow-through on promises of assistance is never certain.  Access and compensation amounts are uneven.  Standardized programs that really respond to the needs of victims are desperately needed. The frequency and severity of terrorist attacks in Pakistan today requires more coordinated and comprehensive policies that ensure victims are not forgotten and their losses are both acknowledged and addressed. 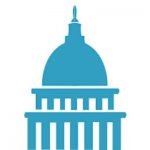 By Center for Civilians in ConflictJanuary 15, 2010