Center for Civilians in Conflict (CIVIC) on Monday announced the addition of two staff members in January 2017, as it prepares to expand its operations and mission to improve protection for civilians caught in conflicts around the world. It also created the new position of Senior Military Advisor. 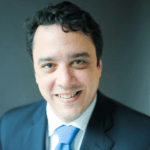 Dan Mahanty, formerly of the U.S. Department of State, joins CIVIC as Senior Advisor, US Program, to advocate that U.S. policymakers promote the adoption of policies and practices enhancing the protection of civilians in conflict, including through international security cooperation and assistance. Dan will also help raise awareness of CIVIC’s impact and accomplishments among government officials and the U.S. public.

He spent 16 years at the State Department before joining CIVIC. In 2012, he created and led the Office of Security and Human Rights in the Bureau of Democracy, Human Rights and Labor, where he oversaw efforts to integrate human rights in U.S. security assistance and arms sales, advanced the prevention of recruitment and use of child soldiers, and promoted policies related to protecting civilians in conflict.

“We couldn’t be more thrilled to have Dan come on board,” said Director of Programs, Marla Keenan. “He’s been a friend of CIVIC for years, and we’ve long admired his work at the State Department. Going forward into the new year, we’ll need his experience and connections as we continue our engagement with the new U.S. administration.” 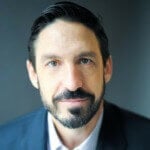 CIVIC’s former Senior Advisor, US Program Jay Morse will fill the newly created post of Senior Military Advisor. Morse has decades of experience working with militaries and governments from around the world, and his expertise allows CIVIC to strengthen its ability to influence how governments and armed forces interact with civilians before, during, and after conflict. Morse has already been instrumental in shaping the organization’s work in Nigeria, Iraq, Ukraine, and with the African Union Mission in Somalia (AMISOM). He will continue to advise program managers in working with militaries, conducting technical assessments, and improving CIVIC’s ability to advise and train forces to minimize harm.

“Jay’s new position allows CIVIC to sharpen its traditional focus of working with militaries and providing practical guidance on how best to minimize civilian harm,” said Keenan. “As we expand into new areas, Jay’s record of creative engagement with militaries will help us advance the protection of civilians.”

Finally, Anysa Badran is CIVIC’s new Program Assistant, where she will support the various program teams. Prior to joining CIVIC, she worked at TalentNomics, Inc., working to close the gender pay gap and grow the pool of women leaders worldwide. Anysa studied social sciences at Sciences Po in Paris, and holds a B.A. in International Affairs, with a concentration in Contemporary Cultures and Societies, from George Washington University. 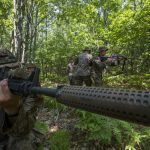 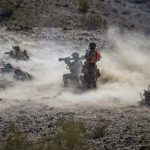 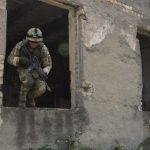 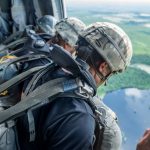 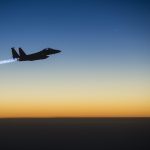 Military EngagementUnited States
About the author