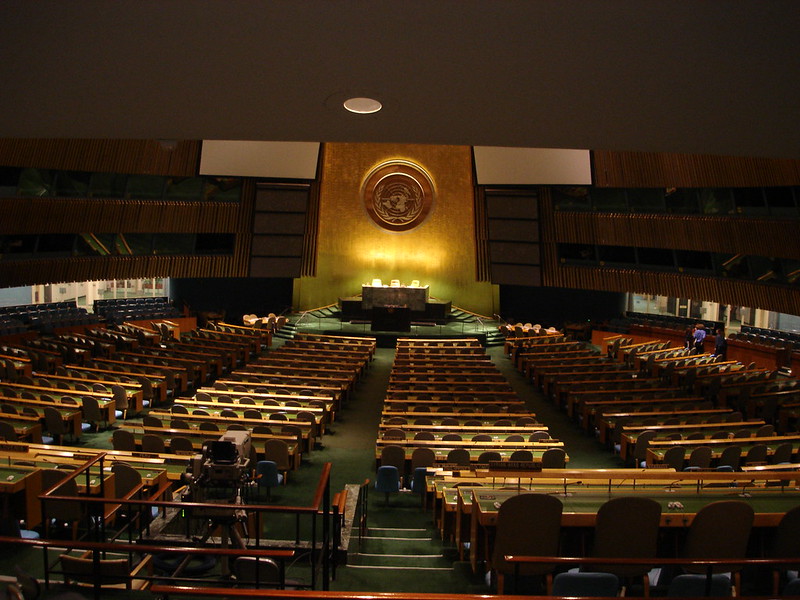 On June 30, 2020, the UN General Assembly (UNGA) approved the annual UN peacekeeping budgets. This annual exercise, led by the UNGA Fifth Committee (i.e. the administrative and budgetary committee), is typically dominated by Member State politics and downward pressure on the budgets of 11 peacekeeping Missions deployed in some of the most challenging contexts in the world. This year’s negotiations were notable for three reasons: the absence of major cuts to the overarching UN peacekeeping budget request, the approval of the budget request prior to the June 30th fiscal year deadline, and the loss of posts that are critical to strengthening the protection of civilians.

One of the positive outcomes of this year’s negotiations is that Member States made a relatively modest cut to the Secretary-General’s overarching peacekeeping budget request. The Fifth Committee approved an overall UN peacekeeping budget of ≈6.58 billion, only ≈1.2% less than what the Secretary-General requested, compared to a ≈1.8% cut during the session in 2019, and an ≈8% cut in 2018.[1] The worldwide economic strain caused  by COVID-19 did not lead to major budget contractions this year. However, predictions of a sustained economic downturn and the lack of a predictable timeline related to the end of the pandemic may validate the  dire forecasts of COVID-19’s impact on peacekeeping budgets in the coming years.

Moreover, Member States overcame significant challenges this year to approve peacekeeping budgets on time. This is a notable achievement considering the dysfunction that has been a feature of the peacekeeping budget negotiations in recent years. The 2018 and 2019 budget negotiations both ran beyond the June 30th deadline. The UN approves budgets on an annual basis and the UN’s fiscal year ends June 30th, meaning for a few days in 2018 and 2019, peacekeeping missions lacked the legal authority to spend money and incur expenses.

However, achieving a responsible peacekeeping budget outcome on time did not come without collateral costs. As in other UNGA committees, negotiations are subject to Member State political priorities that entail compromises and tradeoffs. Bowing to the time-pressure and other priorities, Member States opted to follow the recommendations of the opaque and influential Advisory Committee on Administrative and Budgetary Questions (ACABQ) on whether to approve peacekeeping mission requests for new civilian staff.[2] As a result, Member States did not approve requests for civilian staff that are linchpins to the effective protection of civilians in three UN peacekeeping missions deployed in some of the most challenging contexts where risks to civilians are very high. This approach undervalues the importance of requests for key civilian staff. Specifically, this year the ACABQ recommended and Member States decided against the establishment of:

By denying these requests for additional personnel, Member States have undercut their high-level political commitments to match UN peacekeeping mandates with adequate resources. As CIVIC discussed earlier, the requested staff would have filled under-resourced functions that enjoy political support, but which have not yet translated into adequate financial support.

Despite avoiding worst-case scenarios of significant cuts to the overall peacekeeping budget and running over the June 30th deadline, the continuing failure of Member States to approve key budget requests attests to a need for an improved dialogue between Member States, the ACABQ, the Secretariat, and peacekeeping missions on resourcing key Security Council mandated tasks. In particular, the Secretariat and peacekeeping missions need to better justify to the ACABQ and to Member States why civilian posts related to analysis, planning, and monitoring impact are critical to mission success, including the effective protection of civilians, and for Member States to remain accountable to their pledges to match mandates with resources.

[1] These figures compare to cuts made during the Fifth Committee’s second resumed session. In both 2018 and 2019 there were additional budget requests made outside the second resumed session (for example, the six-month budgets for UNAMID), which slightly change the final numbers and sizes of cuts. [2] In addition to negotiating the global and individual mission budgets, the Fifth Committee can approve or decline UN peacekeeping budget proposals related to each civilian staff post. These decisions are heavily influenced by recommendations of the ACABQ. The ACABQ’s recommendations serve as a baseline for the Fifth Committee negotiations. Member States can overturn the ACABQ’s recommendations, but doing so requires spending precious political capital. For a helpful explanation of the process of budget negotiations, see Lisa Sharland, “How Peacekeeping Policy Gets Made: Navigating Intergovernmental Processes at the UN,” New York: International Peace Institute, May 2018. [3] See paragraphs 46-50 in MINUSCA’s budget proposal and paragraph 15  in the related ACABQ report. [4] See paragraphs 54-57 and 77-79 in MINUSMA’s budget proposal and paragraph 15 in the related ACABQ report. [5] See paragraph 52 in UNMISS’ budget proposal and paragraphs 15 and 17 in the related ACABQ report.
Image courtesy of hibino
Related Content