Meeting with the UN

Yesterday I met with several officers of the United Nations mission here, referred to as UNAMA. The folks at UNAMA have themselves been trying to figure out how to coordinate support for civilian casualties. They agree with CIVIC that the international community should provide support for civilian casualties caused by international troops. They also share our concern that funds like ACAP and POHRF could be better coordinated both among NATO states and with agencies within the Afghan government. Having emergency relief or aid delivered and coordinated by an Afghan agency – perhaps at first in partnership with experienced humanitarian organizations – would strengthen the government’s longer-term capacity to aid those who have suffered the direct consequences of conflict.

In addition, since civilian casualty rates tend to be higher in those zones where the government has the weakest control, providing services to address civilian losses may provide more legitimacy for the Afghan government in these difficult areas. The trick, of course, is finding the right humanitarian partner and the right Afghan agency — no small task given the political sensitivity surrounding civilian casualties and the potential threat for those seen as cooperating with the Afghan government and/or international military troops. 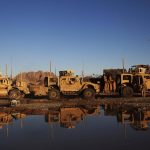 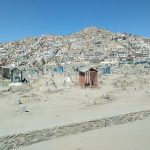 By Center for Civilians in ConflictApril 25, 2008