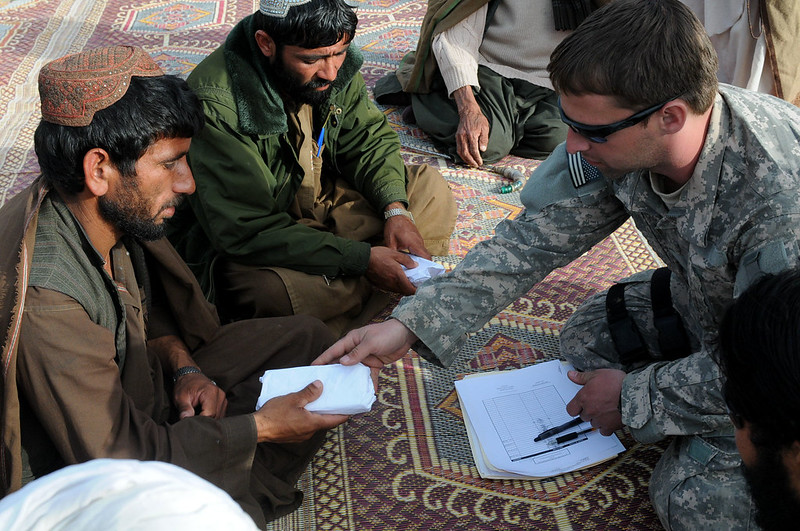 Center for Civilians in Conflict (CIVIC) was born in 2003 out of humanitarian and activist Marla Ruzicka’s conviction that the United States (US) military should acknowledge and assist the civilian victims of its military operations in Afghanistan and Iraq. Today, as the US military remains engaged in counterterrorism operations across the globe, CIVIC continues to advocate for stronger, victim-centered responses to civilian harm. Although civilians harmed by US operations rarely receive acknowledgment or assistance of any kind, the US government has developed various tools and authorities for offering amends, outlined and explained in this blog post.

“Making amends,” is the practice of recognizing and/or providing assistance to civilians that have been harmed in war due to the presence, activities, and operations of armed actors. Various forms of amends are used to express contrition and recognize the agency and dignity of civilian victims. They do not, however, amount to a legal admission of fault on the part of the armed actor, nor do they preclude an investigation into legal wrongdoing, such as whether a violation of international humanitarian law (IHL) has occurred. Amends can take a wide variety of forms, ideally based on victims’ or survivors’ preferences and needs, and as deemed appropriate within the local culture, religion, and tradition. These include public or private acknowledgments of harm, formal apologies and explanations, and/or monetary or material assistance provided to an individual, family, or community. Monetary amends often take the form of ex gratia or condolence payments, livelihood assistance, or community assistance. None of these practices can replace the lives of lost loved ones, and financial remuneration must never be understood as attempting to put a monetary value on life. A proper approach to amends starts by prioritizing the prevention of civilian harm in the first place, and then taking accountability for harm when prevention efforts have failed.

The United States has provided compensation to foreign civilians since World War I under a mechanism that would be formalized in 1942 as the Foreign Claims Act (FCA). Since 1942, the US government has initiated various additional efforts to provide amends to civilian victims harmed during force operations, outlined below. While CIVIC promotes a comprehensive approach to amends, US amends policy has been traditionally associated with a range of monetary payments and assistance programs that have fluctuated and changed over time. This blog focuses primarily on the various monetary amends policies the US has developed and, at times, implemented.

Evolution of US Ex Gratia and Condolence Programs

Over the past 20 years, the United States has developed a number of programs and authorities to offer payments to victims of US military operations, referred to as condolence payments, ex gratia payments, and solatia payments depending on the source of funding. These include:

Condolence Payments from the Commanders’ Emergency Response Program (CERP): The 2005 National Defense Appropriations Act (NDAA) (§1201) created the Commanders’ Emergency Response Program (CERP) for Iraq and Afghanistan. The program, funded by the Department of Defense (DoD) Operations & Maintenance Fund, originally aimed to “respond to urgent humanitarian relief and reconstruction requirements within [a commander’s] areas of responsibility by carrying out programs that will immediately assist the Iraqi [and Afghan] people.” This mainly consisted of infrastructure repair and humanitarian aid, but was quickly expanded to include condolence payments to individual civilians for incidents of death, injury, or property damage resulting from US or coalition operations. The 2017 NDAA (§1211) expanded the CERP authority to include Syria, and 2019 NDAA (§1224) further expanded it to also include Somalia, Libya, and Yemen.

Solatia Payments from Unit Operations & Maintenance Funds: Solatia payments are nearly identical in character and purpose to condolence payments; however, their source of funding differs. Since 2003 in Iraq and 2005 in Afghanistan, solatia payments have been authorized by the 10 U.S.C. §2242, permitting the DoD to use appropriated funds, namely unit-level Operations and Maintenance funds, for such payments at the discretion of the unit commander. Each military service branch’s regulations define and authorize the use of solatia payments.

Foreign Claims Act (FCA): While this mechanism, established in 1942, allows foreign civilians to make claims for harm committed by US military personnel overseas, it is largely insufficient as a tool for post-harm amends in conflict due to the Act’s “combat exclusion,” meaning that it does not provide compensation for harm resulting from US engagement with enemy forces. It also does not cover claims from civilians who are “unfriendly” to the United States, a distinction that is particularly difficult to make in unconventional conflicts like counterinsurgency and counterterrorism. Finally, the United States maintains sovereign immunity under the FCA, thus civilians are unable to sue the US for harm committed or appeal judgements made about the validity of a claim. As a result, the FCA left a large population of harmed civilians without means of compensation until later mechanisms were created.

United States Agency for International Development (USAID) Marla Ruzicka Iraqi War Victims Fund: In 2005, following the death of CIVIC’s founder Marla Ruzicka, Congress established the Iraqi War Victims Fund to provide assistance to civilians affected by US operations in Iraq. The program grants money on an ongoing basis to non-governmental organizations that act as implementing partners on the ground by assisting affected civilians through medical assistance, vocational training, and infrastructure projects. The program is not a direct victim compensation fund, as no payments are made directly to civilians.

USAID Afghanistan Civilian Assistance Program: Since 2003, USAID has launched various iterations of its conflict assistance program in Afghanistan, the fourth of which was launched in 2018 titled “Conflict Mitigation Assistance for Civilians” (COMAC). The program, similar to the Marla Ruzicka Iraqi War Victims Fund, is not a direct victim compensation fund, but it instead facilitates assistance services to affected civilians such as distributing basic food and sanitary items, providing referrals for medical services, physical rehabilitation, psychosocial counseling, vocational training, and income generation assistance. The targets of this program include civilians affected by US operations as well as victims of landmines, suicide attacks, and improvised explosive devices (IEDs) from non-state forces.

Despite the wide array of programs intended to compensate for the harm civilians endure as a result of US operations, making amends to civilian populations has yet to become well-entrenched in DoD practice. Condolence payments are provided at the discretion of individual commanders, and, as a result, have been largely ad-hoc and underutilized. According to a DoD report, 611 payments were made in 2019. This figure includes 200 so-called “hero payments,” paid not to civilians harmed by US operations but to “the surviving spouse or next of kin of host-nation defense or police personnel who were purposely killed by enemy forces while those personnel were supporting or defending US or coalition forces.” All of the payments, totaling $1.54 million, were made in Afghanistan except for six, which were made in Iraq – despite the availability of funding and authority to provide payments in Iraq, Syria, Libya, Somalia, and Yemen, and the many confirmed reports of civilian casualties caused by US operations in these countries. The reasons for this geographical disparity are unclear but may be due to a perceived strategic advantage to maintaining friendly relations with the local population during the long-standing presence of US troops on the ground in Afghanistan, as opposed to the United States’ largely remote air wars in other theaters. Wide disparities in payment amounts, even within the same country, have also been noted, creating confusion and disappointment for the civilians seeking compensation.

In certain cases, victims have refused payments because the amount offered in comparison to the human and financial loss endured was seen as an insult. In others, the victims took offense at the notion of a monetary value being ascribed to their loss. These instances demonstrate the necessity of a flexible and comprehensive approach to amends that allows for a range of options, and calls attention to the importance of consultation with victims to find the most appropriate response.

Current State of Play and Next Steps

Following the establishment of a new permanent global authority for ex gratia in the 2020 NDAA and the requirement for DoD to develop a global ex gratia policy guiding the authority’s implementation, the Department of Defense issued in June of 2020 the Interim Regulations for Condolence or Sympathy Payments to Friendly Civilians for Injury or Loss That is Incident to Military Operations.

The interim policy will guide decisions around ex gratia payments until a final policy is released. That final policy may come as part of the forthcoming Department of Defense Instruction (DoD-I) on Minimizing and Responding to Civilian Harm in Military Operations, mandated by the

2019 NDAA §936 and expected to be released in early 2021. The DoD-I represents an important opportunity to move beyond an exclusive focus on ex gratia payments and develop a truly comprehensive amends framework that upholds the dignity of civilians in armed conflict.

As CIVIC and other NGOs have outlined in detailed recommendations to the Department of Defense, the DoD-I should:

CIVIC’s policy blueprint for the incoming Biden-Harris administration also emphasizes the importance of post-harm amends, including the need for a comprehensive amends framework, an effective and accessible claims system, and a comprehensive, whole-of-government plan for publicly recognizing and addressing the totality of civilian harm caused by US operations post-9/11. 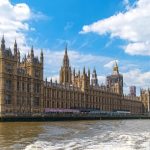