Driving into Misrata, my colleague Kristele remarked that it reminded her of Beirut, where she spent much of her childhood. The skeletons of shops, hotels, and apartments line Tripoli Street and old men drink tea next to bullet-ridden structures that can scarcely be called buildings.

Misrata looks like the city it is—a place torn apart by a war that is not yet over.  Many Misrati brigades are still fighting on the front line in Sirte and the community’s wounds are still raw.  But civilians were willing to talk to us about their experiences during the six-month siege on the city.

There is no tally of the dead and wounded of Misrata at this point, though estimates are in the thousands.  The hospital is located on Tripoli Street, at the heart of much of the fighting, so even accessing it proved to be a challenge for some families.  There was indiscriminate shelling of Misrata with rockets launched from far away and landing in the middle of neighborhoods.

In one area I visited, civilians told me stories about lost loved ones.  “Was this neighborhood particularly hard hit?” I asked.   No more than others they told me.  This was just an average neighborhood in Misrata.  Above are the stories of two families from there, in their own words. 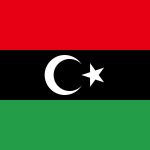 LIBYA:  Life in and outside of Sirte [Part 2]

LIBYA:  Life in and outside of Sirte [Part 1]