May 13, 2011By Center for Civilians in Conflict

Heading into Libya was quite an experience. As the conflict rages on, and the no-fly zone is enforced by the international community, the town of Benghazi in eastern Libya was only accessible by road from Egypt. Yet the nineteen hours it took to get there from Cairo were not enough to prepare myself for the reality I witnessed when I finally reached my destination.

Since the conflict erupted between the Libyan regime headed by Mouammar Qaddafi and rebel opponents, now led by a transitional government in Benghazi, nobody knows exactly how many civilians have been killed, wounded, or have simply disappeared. In a country that is now literally separated into two distinct zones—east and west—it has proven extremely challenging for civil servants and human rights activists to track and record civilian harm. Estimates by the Libyan opposition put the number of deaths at around 10,000. As for the wounded and those who have vanished, I was told there are simply too many to keep track of.

And yet, every single one of these people is a human being who deserves to be recognized as a war victim, and to receive amends from the warring parties.

The Libyan opposition seems to understand this, and have committed to making amends to those civilians hurt by war. CIVIC ensures they have the capacity, the know-how, and resources to do so. 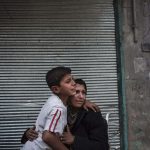 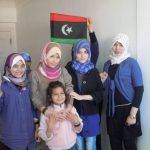 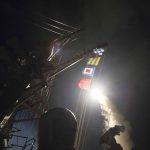