Kabul then and now… 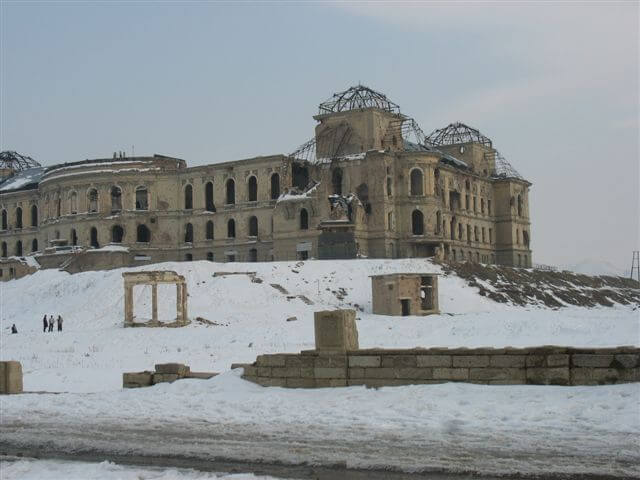 Fridays are the only “weekend” day here since Afghanistan has a six-day work week. On my Friday-weekend, I decided to get out of the office-home-office routine to get a better sense of Kabul. I have an Afghan-American friend here who grew up in Kabul but was sent to the States in the early 70s for high school and college. He drove me through his childhood neighborhood nearby Darulaman Palace, which was built by King Amannullah in the 1920s. Once an imposing, neo-classical palace, Darulaman Palace is now a skeleton of smashed columns and bombed out cupolas, with barbed wire chaining off parts of it. The boulevard leading up to the palace is long and wide, and used to be lined with poplar trees. It is now lined with bullet-pocked buildings and shells of former neighborhoods. The road has as many potholes as smooth patches, but my friend said it used to be the best in Kabul. So good that it was the place Afghan kids would take their parents’ cars and go drag racing (at the risk of getting caught by the curmudgeony old Policeman who usually stood guard). When he was younger, he said, families would bring a picnic blanket and spend an afternoon in the beautiful gardens. Kebab vendors and bread sellers would come by, and kids would take a soccer ball or a kite out into the fields. There are no families there now, although some groups of kids have returned to play soccer in the razed, snow-covered former gardens. Across the street, I saw a couple of kids with no shoes and threadbare jackets huddled around a public trash can — they had lit the trash inside the can on fire to keep warm. King Amannullah originally designed the Palace as a future seat for the Afghan Parliament, so some suggest it should be rebuilt as the new seat of Parliament. Unfortunately, like many buildings in Kabul, there is a dispute about who actually owns it and limited funds for taking on such an expansive reconstruction. Until then, places like Darulaman Palace stand as a harsh reminder that community life in Kabul is a long way from normal. 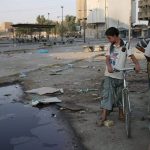