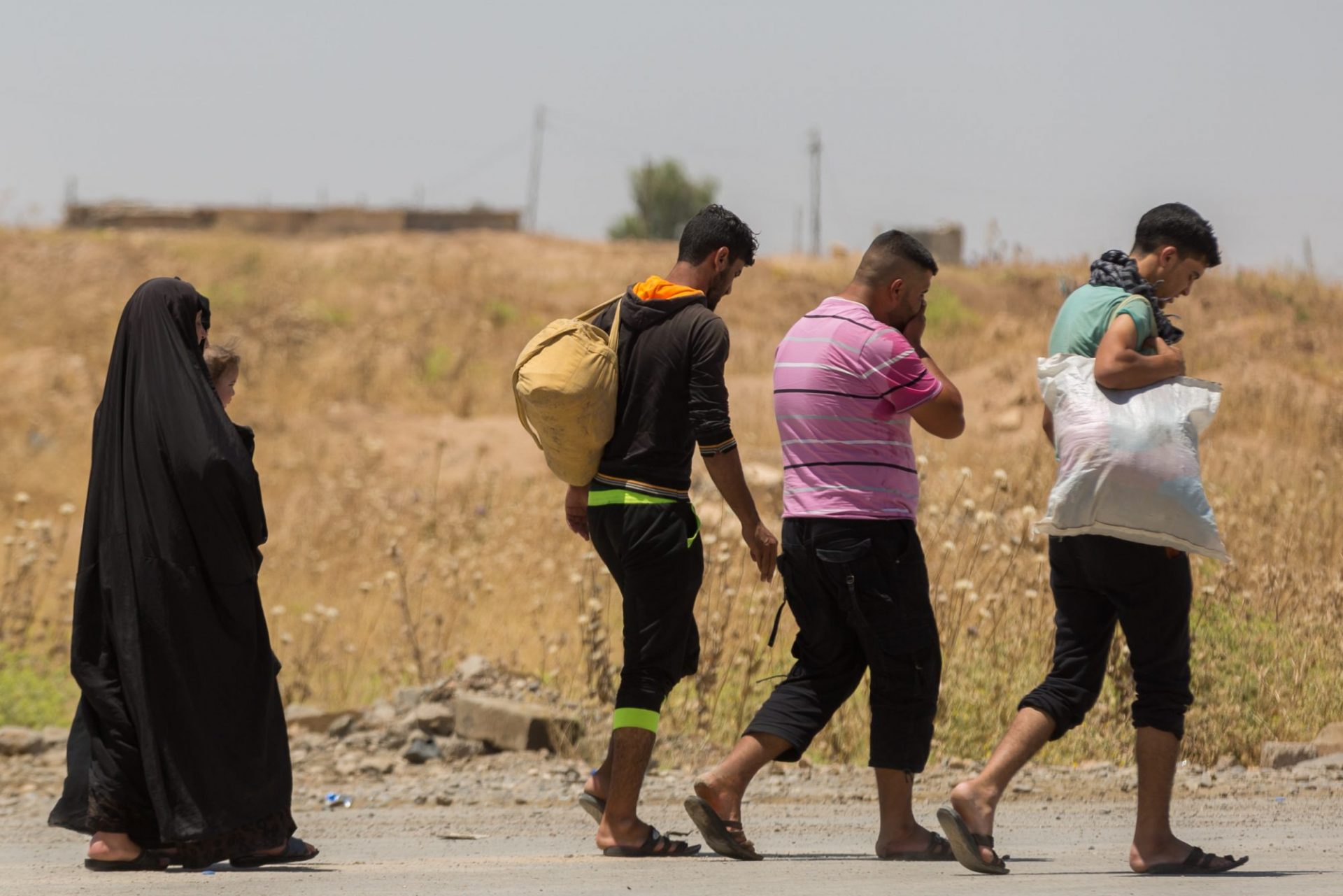 What do you picture when you think of a conflict zone? Many imagine buildings reduced to rubble, displaced families, and armed actors carrying out operations.

On this International Day of Non-Violence, I would like to add another image – one that does not solely portray civilians as victims.

Think of civilians and armed actors sitting together for a conversation. Picture the civilians describing how a conflict is impacting their everyday lives to the very actors fighting that conflict. Now imagine those parties reaching agreement about how to alleviate some of the burdens of conflict on the people caught in the midst of it.

That may not sound possible, but I assure you that it is.

Since 2015, CIVIC has supported civilian protection groups in in several contexts of active armed conflict to help mitigate harm to civilians caught in the conflict there. These groups consist of a wide variety of community representatives who live and work in these conflict-affected areas. They are thus able to discuss and assess the needs of the civilians there with a first-hand perspective and subsequently advocate solutions for better civilian protection.

Just a few weeks ago, one of these groups successfully negotiated a partial ceasefire for its community. Holding dialogues with armed groups and subsequently with state armed actors all operating in their area, community leaders shared how the fighting had left civilians unable to lead their daily lives. Going to work, school, medical appointments, and the like had become life-threatening rather than routine. In the course of these conversations, the armed group agreed to halt hostilities between 9 am and 4 pm every day in order to provide civilians with the predictability they need not only to survive but also to enhance the resilience of the civilian population from the wider effects of war. They did so on the condition that their enemy, in this case the state security forces, agreed to these temporary ceasefires as well, which they did. As a result, civilians had a reprieve from kinetic operations – and the damage such operations cause– for at least seven hours every day.

This is but one example of how civilians caught in conflict can be effective agents in their own protection.

We form and work with such representative, gender-inclusive community groups to allow communities both to share protection concerns and find ways to address them, including, for example, when combat operations are taking place in close proximity to their homes. At civilians’ request, CIVIC can also facilitate and provide insight into effective and persuasive approaches to dialogue with armed groups or state armed forces in order to address relevant protection issues. Based on humanitarian, strategic, and normative arguments, CIVIC helps conflict-affected civilians understand and assert their rights to be protected from the effects of violence and the obligations to which armed actors can be held accountable.

These dialogues between civilians and armed actors are a viable non-violent avenue to convince state and non-state armed groups to listen to and better protect conflict-affected communities.

Many often assume that use of force is the only way to protect civilians in conflict, particularly in the face of violent extremist organizations. At times, use of force may be necessary – and reasonable – as a last resort. But violence is by no means the only way to prevent, respond to, or mitigate civilian harm. Community-based protection should be a first resort, implemented with communities in the lead, and external protection actors in a supporting role.

The community groups’ local knowledge, networks and willingness to address their protection concerns directly with armed actors are too often untapped. The example above is proof that civilians can – and should – be agents of their own protection. Civilians should be consulted, heard, and supported in promoting their own protection. As we continue to call on global leaders to address the root causes of conflict and on armed actors to take active steps to mitigate civilian harm, we also call on state authorities, international organizations, and non-governmental organizations to invest both time and resources in non-violent community-based and community-led protection efforts.

At CIVIC, the encouraging examples we see of such efforts give us hope for today, the International Day of Non-Violence, and for many tomorrows.