Skip to content
In Mali, Looting Steals Prospects for Peace

The town of Kidal is to Malians what Timbuktu is to many Westerners: a metaphor for the middle of nowhere. As Mali’s most northern city, Kidal sits in the Sahara along the Algerian border and is so isolated that most Malians have never been there. But now, Kidal is getting plenty of visitors: French and Chadian forces and al-Qaeda-aligned rebels have made the town the epicenter of the fight for physical and ideological control of northern Mali.

For the 30,000 residents of the city, this influx has been devastating. Fatima, a single mother and an elementary school teacher, fled nearly a thousand miles south of her hometown after armed rebels sacked Kidal a few months ago. She told me on a recent trip to Mali she feared being sexually abused by the rebels and fled with only her children and the clothes on her back, like thousands of others.

The French and their African counterparts are making headway against the rebels, and United Nations peacekeepers will be deployed shortly to hold their gains. Calm will hopefully return soon and the nearly half a million Malians displaced across the region might be able to go home to the North. However, many of them are likely to find a lot less than they left behind.

Since Fatima and others have left, their homes have been pillaged without mercy. Doors were ripped from their hinges, windows removed, TVs and refrigerators looted, and livestock stolen, slaughtered, or simply driven away. And the culprits could be anyone, from jihadists whose terror forced many to flee, to any number of other groups roaming the area, to ordinary thieves, to desperate locals.

For some Malians like Faisal, a shopkeeper from Timbuktu, this is the second or third time they will come home to a looted house. Faisal told me he was a refugee for four years in the early 1990s after a similar crisis forced his family to flee to neighboring Mauritania. When Faisal returned to his home in Timbuktu, pillagers had taken everything—even the nails holding up missing family portraits were ripped from the walls. Then as now, there were no state institutions for him to turn to for help. This in turn has fueled a sense of indifference, if not injustice, by the government among Malians in the north.

Nevertheless, in times of tragedy like these, Malians have historically come together to pick up where the government has left off. Every Malian I met has a story of neighbors crossing ethnic divides—of which there are many in Mali—to help victims of violence or other hardships get back on their feet. The same is true now. Malians living in the South are helping those displaced by the fighting in the North find shelter, food, and work, often at their own expense.

But many refugees fear this partnership will end when they return home. They say no one will have spare resources to lend neighbors; looting has been on such a scale this time around that everyone will be hard-pressed to provide for their own families. As I just saw in Gao, armed groups also ransacked government offices and government-run hospitals and schools. Without even the most basic items like desks and chairs, it will be next to impossible to lure civil servants back to restart government services, let alone to bolster the local economies.

More worrisome is that looting is a sign of growing ethnic conflict in Mali. Individuals linked to Mali’s security forces have taken revenge against minority Tuareg, Arab, and Feulani communities simply because they share ethnicity with the rebels. Ethnic-based retaliation ranging from killings to gender-based violence to looting have occurred regularly since the French intervention, further radicalizing communities and increasing their mistrust of the government. As Ahmed, a displaced Tuareg I met, warned, “Many people want to take revenge [on those who have looted and killed people from our communities]…but we have to understand that revenge will tip us into hell.”

Partners like the US and EU can help Mali avoid this hellish scenario. They have the tools to support the Malian authorities in bringing to justice the worst offenders of ethnic violence, and also the know-how to support them getting victims of violence back on their feet. For example, in 2007, USAID established the Afghanistan Civilian Assistance Program or ACAP. This project provided support for Afghan civilian families and communities that suffered losses resulting from military operations between coalition forces and insurgents. Having worked and lived in Afghanistan, I’ve seen first-hand how international generosity, like ACAP, has helped civilians get back on their feet.

Mali’s partners could work with the government to establish and fund similar efforts to help people like Fatima, Faisal, and Ahmed, who have suffered war-related losses, to rebuild. They could also work through the United Nations and local and international aid groups to provide direct cash assistance for replacing homes and looted items, and they could commit now to help Mali refurbish local government facilities in the north.

Last month, international donors pledged funds toward the Malian Government’s plan to help the country rebuild. Mali’s friends could also help civilians in other ways, like supporting loan forgiveness programs or micro-credit schemes, which undoubtedly help famers like Moussa, who must make payments on a $4,000 bank loan for cattle that rebels stole after he and his family fled fighting in Timbuktu.

Acts of international generosity like these would not only help rejuvenate local economies that have been devastated by the conflict, but also help Mali’s government counter insecurity and address the economic and social conditions complicating inter-communal issues at the center of the conflict. In the end, helping Malians in the north rebuild their lives will help places like Kidal feel a little more like a part of Mali, not just a town in the middle of nowhere.

Michael Shaikh is director of country operations for Center for Civilians in Conflict. 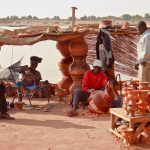 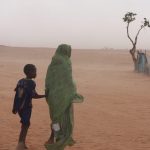