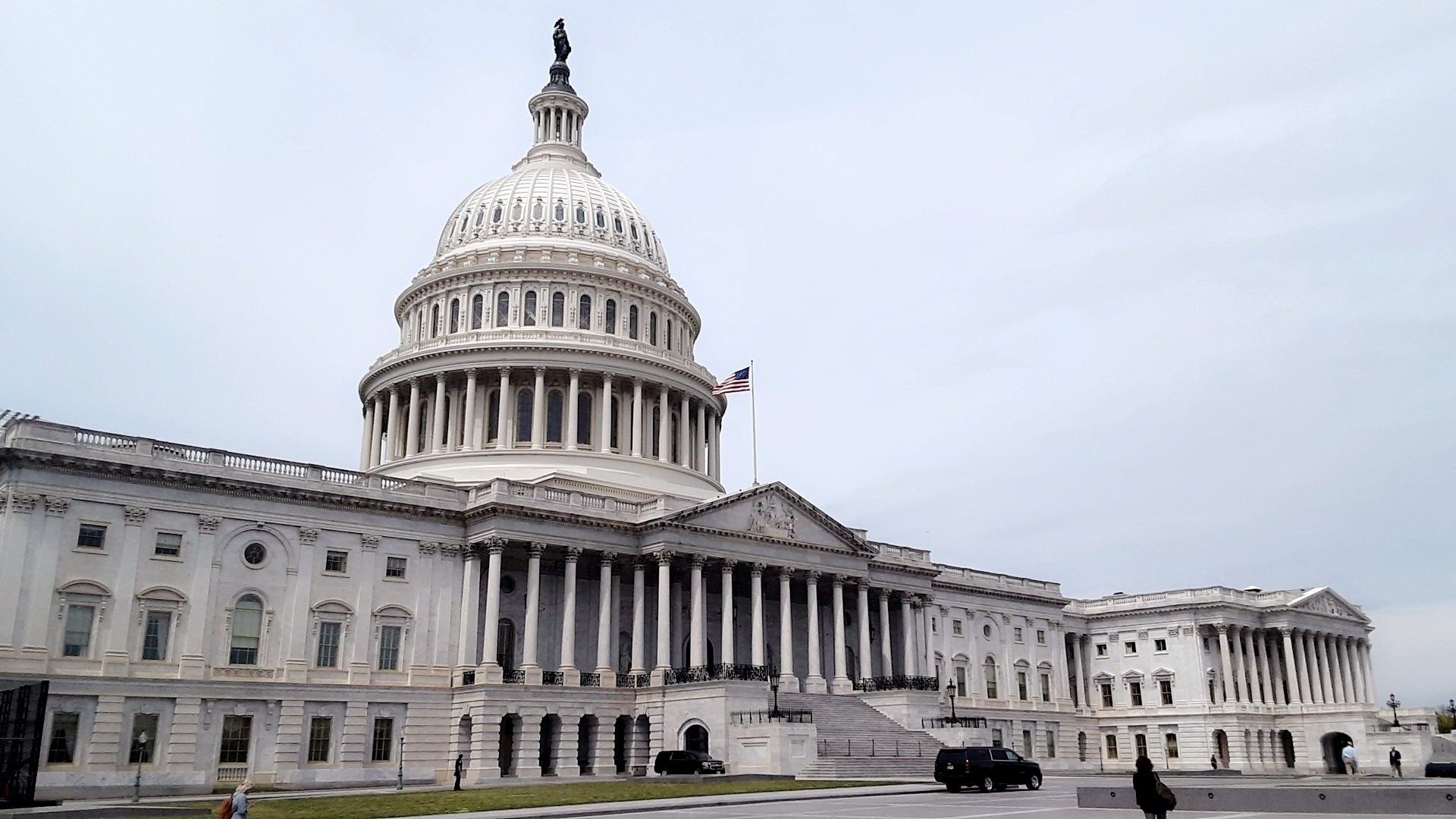 For over 20 years, the use of force by the U.S. military has caused significant civilian harm in multiple parts of the world. Yet, the U.S. has accepted limited responsibility and taken few steps to assess and respond to this harm. A report, prepared for CIVIC as my master’s capstone project at the University of California, Berkeley, recommends to establish a congressional commission to oversee an evaluation of civilian harm and proposes elements that should be included in the commission’s scope. A mandate for such a commission has been included in the initial draft of the 2023 National Defense Authorization Act (NDAA) and would provide both an assessment and accounting of civilian harm. Such an evaluation is necessary to gain an understanding of the scope of harm that was caused, what drove and allowed harm to occur, and how future harm can be prevented and past harm redressed.

This post outlines why a congressional commission is necessary, what it might entail, and what is needed to make it reality.

Five days after the September 11th attacks on America, President George W. Bush addressed the nation from the south lawn of the White House, declaring “a war on terrorism.” America’s response to the attacks was quick and severe. In the next few days, the 2001 Authorization to Use Military Force (AUMF) passed nearly unanimously through Congress, granting the President broad authority to, “deter and prevent acts of international terrorism against the United States.” Invasions of Afghanistan and then Iraq quickly followed, and almost immediately reports of civilian harm began to leak out. For 20 years, the United States has inflicted, as a byproduct of its counterterrorism efforts, harm to civilians. For 20 years, civilian harm has happened without accountability.

The U.S. has taken little responsibility for civilian harm caused by its operations, releasing harm acknowledgments that fall far short of the estimates produced by credible civilian harm trackers. Airwars, an independent organization that tracks civilian harm, estimates that as many as 48,304 civilian deaths have been caused by U.S.-led operations in the past two decades. Further, the U.S. has repeatedly failed to investigate credible instances of civilian harm, failed to dedicate ample resources to preventing harm, and shown little interest in adequately accounting for and learning from instances of harm. Where known harm has occurred, the U.S. government has neither responded appropriately nor made sufficient redress. The failure to commit resources, adequately train and equip civilian harm assessment personnel, learn and disseminate lessons, and respond in instances of harm has resulted in too little being known about the true extent of civilian harm, how it has occurred, how it can be prevented, and how it should best be redressed.

In January 2022, Defense Secretary Lloyd Austin directed the Department of Defense (DoD) to develop an action plan on civilian harm by the end of April. While the still-forthcoming internal review is a welcome step on civilian harm, a history of flawed and secretive investigations into civilian harm instances – most recent case is the deadly Baghuz airstrike, which found no wrongdoing – suggests that the Department is not in a position to effectively investigate itself. Furthermore, Secretary Austin has expressed that the department has no intention to “re-litigate” civilian harm instances, despite the fact that, over 20 years, there has been virtually no initial “litigation” of civilian harm to speak of.

Without an accurate accounting for the extent of harm that has taken place, as well as its causes, thousands of civilian victims and survivors will never receive acknowledgment or redress, the American people will never know the scope of harm inflicted in their name, and lessons will not be learned, allowing harm to be repeated in the future. Therefore, in addition to the DoD’s internal review, an evaluation of civilian harm carried out by a body independent of the DoD is necessary.

A Window of Opportunity

Today, the time is ripe for finally acting on longstanding calls to reckon with the legacy of civilian harm inflicted via American use of force. An airstrike in Kabul that killed an aid worker and nine of his family members in the final days of the U.S. war in Afghanistan as well as ‘The Civilian Casualties Files’ investigative reporting by the New York Times have brought unprecedented attention to the subject. Meanwhile, wanton violence by Russian troops in Ukraine has brought civilian harm issues into sharper focus for many onlookers and given Washington further reason to seek differentiation between the U.S. and Russia. But to be a credible voice in condemning violence against civilians in Ukraine, the U.S. must also acknowledge and address its own legacy of civilian harm.

Just last month, recognizing these opportunities, the U.S. House of Representatives’ Armed Services Committee (HASC) completed its initial draft of the 2023 NDAA. The text includes a requirement for a congressional commission on civilian harm, which would be tasked with studying past instances of U.S.-caused civilian harm as well as Pentagon policies, procedures, and regulations for the prevention, mitigation, and response to civilian harm over the last 20 years. (The draft bill also includes additions to the Defense Department’s annual civilian casualty report and the creation of a Center for Excellence in Civilian Harm Mitigation).

Why a Congressional Commission?

While a number of entities might carry out an evaluation of civilian harm caused by U.S.-led use of force operations in the previous two decades, perhaps none would be better suited to do so than a congressional commission. A congressional commission is a temporary entity established by Congress in which civilian subject matter experts are appointed to examine independently a pre-defined scope of issues, report findings, and make advisory recommendations.

Internal reviews, from the Kabul strike investigation to the recently completed Baghuz strike review, have shown that the Department of Defense is not best placed to investigate itself in full transparence. An independent review is necessary in order to achieve an honest ground-truthing of the scale and impact of civilian harm caused by U.S. operations over the last 20 years. Through a bipartisan process, a congressional commission would assemble leading non-governmental experts in interdisciplinary fields to serve as commissioners and to determine both the extent and drivers of past harm. A congressional commission would also make recommendations on how to amend such harm and prevent and mitigate it in the future. Rather than an internal review, a lack of transparency and a failure to engage the broader public, a congressional commission can take advantage of public hearings, drum up media attention, and may even write a final report free of government jargon, as the 9/11 commission report was, and instead write accessibly for a public audience.

The importance of transparency and public accessibility regarding civilian harm cannot be understated. Not only is looking back at civilian harm important for those in power to make informed and open-eyed decisions regarding the use of force and its consequences, but the American people also deserve to understand the harm carried out in their name. A transparent commission process also allows the U.S. to show its allies that it takes civilian harm seriously, and to show civilian survivors that their lives, and the lives of their loved ones, matter and deserve recognition and response.

The Potential – and Expected Limitations – of a Commission

A congressional commission will of course not be a cure-all for the U.S. legacy of civilian harm. most affected by harm will not as part of the evaluation hear from the United States, receive acknowledgment of the incident that harmed them, nor will they receive a condolence payment. Due to the sheer magnitude of harm over two decades of war and lethal strikes, a commission will not have the capacity to review and validate every incident of civilian harm, nor will the commission have the authority to secure amends for victims. Nonetheless, a congressional commission could evaluate the credibility of the many past claims of civilian harm likely erroneously dismissed by the U.S. military. This sample could provide a foundation upon which to estimate the full extent of civilian harm or as a starting point for a full evaluation of all instances of harm. Further, a commission could assess the United States’ response to harm thus far, what is driving civilian harm, how effective current policies are with regard to civilian harm and how effectively they have been followed, and review whether violations of the law might have occurred.

Digging deeper, a commission could also examine the medium- and long-term impacts of civilian harm, both with regard to the impact on those directly affected but also concerning the blowback consequences to the United States. This would provide policymakers a new framework through which to weigh the comprehensive cost of harm. A commission could additionally aggregate previously conducted assessments, make heretofore unproduced connections, and examine why the Pentagon has failed to implement previously issued recommendations, as found by a recent RAND study. Importantly, a commission may also examine how transparent the DoD has been regarding civilian harm, and whether purposeful attempts have been made to conceal, destroy, or avoid the collection of evidence that would indicate civilian harm. A commission could also look outside of DoD at other government agencies’ use of force, particularly the CIA’s lethal strike program, of which little is known.

Finally, a commission would deliver a comprehensive set of recommendations to a diverse set of policymakers, including Congress, the President, the Secretary of Defense, the Director of National Intelligence, and others as to how the United States should reckon with its legacy of civilian harm and prevent and mitigate civilian harm moving forward.

Should a congressional commission come to fruition – either in the fiscal year 2023 NDAA or elsewhere – it would provide an unprecedented opportunity to transparently account for and publicly acknowledge the true scale of harm committed over 20 years of counterterrorism operations. An understanding of what has taken place, what has driven civilian harm, what has allowed harm to continue to occur, as well as an analysis of current and proposed practices, would also allow for critical lessons to be learned to prevent and mitigate future harm to civilians. Full recognition of the scope and scale of harm could set the stage for proper amends and redress for civilians, and accountability where wrongdoing is identified.

Secretary Austin’s commitments to reforming DoD civilian harm policies and practices are welcome. But the U.S. cannot move forward on civilian harm without also looking back. The formation of a congressional commission, comprised of bipartisan multidisciplinary experts, informed by the voices of civilian victims and survivors, and resourced to complete the task at hand can be the first step on the road to justice

Garret Dellwo is a recent graduate of the Goldman School of Public Policy at UC Berkeley where he received his Master’s in Public Policy & Graduate Certificate in Security Policy. His capstone project, prepared for CIVIC, analyzed what an evaluation of two decades of civilian harm should achieve, what it should entail, who should oversee it, and what role civil society organizations should play in the process. The full assessment can be read here.