Waiting and Hoping Amid the Mosul Campaign

Center for Civilians in Conflict (CIVIC) ‘s own Sahr Muhammedally, senior program manager for the Middle East, is in northern Iraq right now while the offensive against Mosul grinds on. She has witnessed thousands of civilians fleeing east into Kurdish territory seeking safety from the self-styled Islamic State (also known by its Arabic acronym Daesh and ISIS). The Kurdish authorities and their fighters, the Peshmerga, are doing their best to accommodate the influx of internally displaced people, but resources are limited. Still, some residents of the Mosul area are just glad to be alive and out of ISIS’s grasp. 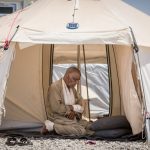 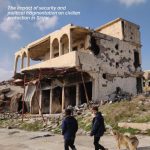