Hi all! I will be arriving in Kabul on Feb. 3 to begin my work as CIVIC’s jack-of-all-trades in Afghanistan — researcher, advocate, on-the-ground point-person, and of course, blogger.  I think it is most important for this first post to give you a sense of my personal motivation for joining CIVIC and my own personal exposure to the conflict in Afghanistan. I was in Afghanistan in January 2007, doing field research for my law school thesis on private security contractors. Walking down the streets or talking to local Afghans I encountered, I was struck by their warmth and openness – qualities that (quite frankly) an American does not always encounter overseas. This sort of attitude led many of the aid workers, journalists, military and governmental officials that I met to be optimistic that Afghanistan was a place that could be “won.” Yet at the same time, there was a sense of opportunities squandered, that after six years of involvement, the security situation was slowly getting worse and the Afghan civilians who had originally welcomed foreign aid and involvement were starting to change their minds. During the short three weeks I was there it was not hard to see why. My roommate’s translator was mistakenly attacked in his family home by a foreign paramilitary unit – he and his family were booby-trapped to an explosive device, and all his possessions were stolen before the commanding officer found an identity card that established the mistaken identity. On another day, we heard that a mother and her child were accidentally killed in a NATO operation in one of the Northern provinces. Almost every Afghan I met had a story to tell about a loved one lost, homes destroyed, towns abandoned, and opportunities lost – often, though not always, as a direct result of U.S. and NATO operations. As a law student I knew that some of these incidents, perhaps even a majority would have been “permissible” or “justifiable” under the laws of war, but the losses were never justifiable in the eyes of those civilians harmed, and they would never be forgotten. Perhaps with this background, you can understand why I feel so passionately about my upcoming project with CIVIC. CIVIC’s work responds to the moral and strategic imperative of responding to these not-so-hidden costs of war, and it does so by trying to change the fundamental framework of the laws of war that makes these costs permissible. It advocates the standard that warring parties take responsibility for these most tragic costs of war, the type of devastation I witnessed daily in my last visit to Afghanistan. I am particularly excited to be joining CIVIC’s work at this critical time for their initiatives in Afghanistan. In the past few months, the United States and its NATO partners in Afghanistan have been debating how to turn things around in Afghanistan. Several NATO countries involved in Afghanistan have begun publicly questioning the level and the form of their continued involvement. There is a pervasive sense that the old approach is not working, in large part because it was not sensitive enough to the concerns of Afghan communities. This second look at the larger goals in Afghanistan may provide important opportunities for the work of CIVIC and for the Afghan civilians it is intended to benefit. I am in Cairo now, but in my next post, before I leave for Afghanistan, I’ll tell you a bit more about what I hope to do in Afghanistan, and why it is so important for CIVIC’s work to have someone on the ground during this crucial period. 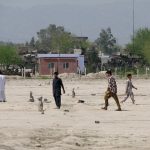 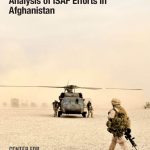