Posted By: Jess K., traveled to Lebanon to speak with cluster munitions victims

My driver expertly navigated his way down the main street of Al Bazouriye, a small town that happens to be the ancestral home of Hezbollah’s secretary general, Hassan Nasrallah, and where he lived out most of his adolescence after fleeing Beirut during this country’s civil war.

I went to Lebanon to gather testimonials of victims of cluster bombs that Israel used in its 2006 war with Hezbollah. Like many of the villages in south Lebanon, Al Bazouriye (5 miles east of the large southern city Tyre) greatly suffered from falling cluster bombs, largely in the last 72 hours of the conflict. As our car pulled up to a small café in the center of town, really more of a rundown booth with a few plastic chairs arranged outside and occupied by middle-aged men, I was told by my translator that there I could meet a fisherman from the coastal village of En Naqoura. Mohammed is a handsome man of about 35. He wore a black baseball cap with a matching polo shirt, and a pair of lightly tinted sunglasses. He told me that he used to be a fisherman and now drives a taxi. As we sipped our Turkish coffee and ate sweet cookies, Mohammed told me how he lost his hand and an ear from a cluster bomb. He said: “I was pulling in my haul, I grabbed something round, there was a flash, and I fell to the ground. Caught in the net was a cluster bomb. Something left over from 2006.” He pulled up his right sleeve revealing an arm so heavily peppered with the effects of shrapnel that the tattoo of a heart on his bicep is broken by the knotting of scars that reach all the way up to his neck. I can only imagine the difficulty of fishing with one hand.

With average failure rates as high as 25 percent, and much higher in some locations, cluster bomblets like the one Mohammed picked up failed to detonate when they were dropped. They now pose a hazard to civilians. The children here remind me of my young son, who is safely back in the US and needn’t worry if he strays while playing in the grass. In the US, we can go to work without concern that our spouse may not return for dinner because her life has been cut short by a cluster bomblet as she runs a routine errand. But these are the conditions that people in south Lebanon must live with because countries buy, sell and use these terrible weapons.

UPDATE: Shortages in funding for clearing unexploded duds in south Lebanon has forced a halt to operations. CIVIC is pressing international donors, like the United States and Israel, to provide the funding the de-miners need to continue their work. For video taken by CIVIC in Lebanon and Israel, click here. For more on the ban on cluster munitions agreed upon by 107 countries, and take action to help limit the effects of US cluster bombs, click here. 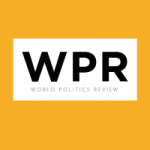 GUEST BLOG: At the Dublin Diplomatic Conference on Cluster Munitions

By Center for Civilians in ConflictSeptember 11, 2008