GUEST BLOGGER:  Congo, the worst place to be a civilian

In Rwanda last week, organisers put on a ceremony to mark the 15th anniversary of the genocide that killed 800,000 people in just 100 days. But next door in eastern Congo, tens of thousands of civilians are still caught up in the ongoing conflict that has killed more than five times that number in the past ten years.

After the end of a joint Congolese-Rwandan mission to drive them out, the Hutu rebels have hit back at civilians, massacring scores and driving 100,000 villagers to flee beyond the reach of the refugee agencies on whose support they rely.

It is a depressingly familiar scenario. But it has far less to do with the lingering ethnic tensions from the genocide as it does with simple greed for a share in Congo’s extraordinary natural resources.

The civilians massacred and driven from their homes are the innocent victims of battles for control of land thick with gold and diamonds, as well as coltan and cassiterite, the essential components of high tech goods like laptops and mobile phones.

Any idea where the little bits of metal in your mobile phone come from? Maybe you should. There’s a good chance they come from mines controlled by armed men who butcher civilians, force pre-teenage children into combat and submit women to sexual violence so brutal that this region boasts the only hospital in the world dedicated to repairing female fistulas.

Thomas Lubanga, a Congolese warlord, made history earlier this year when he became the first defendant before the permanent International Criminal Court in The Hague on charges of child recruitment. This is necessary justice. But he will not be the last while the illegal control of the mineral trade continues, making the massacre of civilians a profitable business.

The campaigning group Global Witness, who have charted the role of the mineral trade in the conflict, have written to mobile phone manufacturers to ask them to account for the origins of their materials. Now they’ve been joined by the Enough Project, who have called on global electronics companies to prove to customers they are not helping to fuel the war.

Foreign governments like the United States and Britain might also want to look again at the huge budgetary support they give Rwanda, whose meddling in Congo has costs thousands of civilian lives. Without foreign money, its military adventures there and support for Tutsi rebels would have never been possible. While remembering the 800,000 people it lost in the genocide fifteen years ago, Rwanda must spare a thought for the civilians still dying in a slower, deadlier holocaust still burning across the border in Congo. 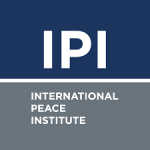 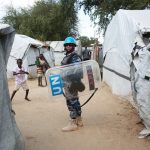 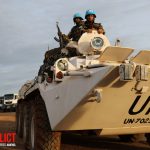 By Center for Civilians in ConflictApril 15, 2009