I’m in Kunduz now, in the north of Afghanistan. Kunduz saw heavy fighting and bombardment in 2001, when coalition forces were attacking Taliban fighters fleeing to the north, but since then it’s been a relatively quiet province. A few suicide bombings last year and threats from local insurgent groups suggest that might be changing, but for the time being the German Provincial Reconstruction Team (PRT), which is in charge of security and stabilization for this province, has a fairly quiet job.

Despite the calm in Kunduz there are civilians who are being harmed by the ongoing conflict and the military presence. I went to the local German PRT to talk to them about how they handle these issues. One officer told me that when there is an insurgent bombing that harms civilian casualties, or a road accident resulting in civilian injuries, they do what they can. But they are not given any funds to spend on such condolences or gestures of compassion to civilian families. Any funds they do raise come from the individual soldiers on the PRT or from their families back home in Germany.

One soldier told me: “When he had the automobile accident [a few days ago], at the morning meeting every soldier gave maybe 5, 10 euros, whatever he could for the family.” In that case, they were able to scrape together about 200 euros for that family.

Sometimes these soldiers find ways to help families that go beyond a monetary contribution. When there was a suicide bombing last May, resulting in 21 civilian casualties (5 deaths, 16 injuries), the Civil-Military (CIMIC) coordinator at the PRT tried to find jobs for those injured, or for their surviving family members, at the PRT or with other organizations in town. One of the victims, a 7-year-old girl, suffered severe burns requiring skin grafts and plastic surgery to restore. The PRT officials found a German charity that would take responsibility for flying her for treatment to Germany and taking care of her while there. After a lengthy process of approval, they were finally successful, and the little girl boarded a plane for Germany three days ago for her treatment.

It is an inspiring gesture of humanity that these troops will dig into their own pockets and resources to help Afghans. But it shouldn’t have to be that way. All NATO countries operating in Afghanistan should be giving funds to help war victims. 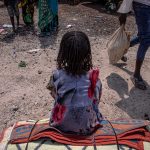 By Center for Civilians in ConflictJuly 1, 2008