KABUL – In many ways, the experience of these two leaders in Wardak is representative of many Afghans’ attempts to get an apology, explanation, or other just resolution of their claims. In many cases, civilians do not have a sense that they could make a demand for compensation. Among those who do, many are afraid to approach the local miltiary representatives at the Provincial Reconstruction Teams (PRTs) for fear of further harm to their family. Even for the few who get past these two initial hurdles, the odds of actually being allowed to make a claim and have it addressed are slim. Many civilians have reported to me that they were simply turned away. If they were lucky enough to get someone to listen to them, it does not necessarily mean they will be able to establish their claims.

The situation of the two elders is a case in point. If they were injured by U.S. troops, as seems likely given the time and location of their injury, they will need to get their claim for assistance heard by U.S. military officers. The U.S. military will then check to see if it has records of US troops involved in fighting in the place and time mentioned. The problem in this case is that the elders told me the incident happened over 6 months ago. U.S. solatia and condolence payments have no technical time limit, but most U.S. troop rotations take the records of any incidents they are involved in with them. So if the troops involved have rotated out since the incident, these elders have little chance of establishing their claim.

Another option is the USAID ACAP program, but there also may be some complications for eligibility under that program as well. Even though UNAMA recorded the incident at the time, it does not appear in press accounts, which is the easiest (though not the only) way for the USAID ACAP program to verify that an incident happened. In many of the conflict-prone areas of the country, there is not always full news coverage, particularly by international press outlets. Wardak has been one of those provinces, sadly. Getting the report from the Turkish PRT is one option, but it also depends on how they verified the report and whether they still have the records.

It’s a frustrating situation and one that the AIHRC confronts on a weekly basis. There are so many families in need, and while there often is the funding and the will among ISAF countries to help victims of conflict, getting that funding to the families in a timely fashion seems impossible in so many situations. 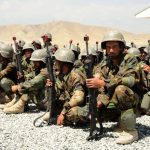 By Center for Civilians in ConflictNovember 21, 2008