Trevor Keck is based in Kabul, Afghanistan for CIVIC.  He is assessing Afghan National Security Force preparedness to protect civilians after NATO and its allies withdraw.

I’ve been in Jalalabad this week, in eastern Afghanistan, where people are very concerned about their safety and future.  One doctor told me, “When I leave in the morning, I am not sure I will see my son again.” Civilians live in fear of roadside bombs, suicide attacks, targeted assassinations, and kidnappings.  Government officials are afraid to leave the provincial capital.  And they should be. In December, the Attorney General was attacked, and just this week a judge was kidnapped and later killed by an armed group.

What comes next for these Afghans? And when?

I see a perfect storm brewing. The Koran burnings, the tragic massacre of seventeen civilians in Kandahar and the increasing number of “green-on-blue” incidents have strengthened calls from within both the U.S. and Afghanistan for a swifter transition to Afghan-led security.  So while President Obama vows to stick to the timetable of late 2014, there’s talk that these events and deteriorating relations between the two governments will hasten the withdrawal of international forces.

A speedier transition may be encouraging to an American public now firmly opposed to continuing the war, but it could be detrimental for Afghan civilians, left under the protection of a security force that is not ready to keep them safe. Even if the timetable stands, the Afghan National Security Forces (ANSF) may not be prepared or equipped for the daunting task in front of them.

By the International Security Assistance Force (ISAF)’s own assessments, fewer than 45% of Afghan forces are “effective with advisors,” meaning that even with steady mentoring most Afghan troops and police are not able to do their job effectively. And as of last month only 1% of Afghan forces are considered capable of conducting security operations without ISAF’s assistance”—an alarming statistic given that Afghans are increasingly taking the lead in security operations including those unpopular and sometimes deadly night raids.

In Jalalabad, the people I met are not confident in the ability of Afghan forces to provide security. In fact, many see the ANSF as part of the problem. One individual I spoke to working on development projects along the Afghan – Pakistani border told me that Afghan troops have engaged in theft and abused civilians near his projects. He told me that people often don’t report these incidents out of fear of retribution.

But civilians are also killed or injured in incidents that don’t amount to a violation of the law. According to the U.N., most civilian harm attributed to the ANSF is incidental. Civilians may be caught in the crossfire of ground engagements with insurgents, or hurt during “escalation of force” incidents, whereby nervous Afghan forces escalate force in responding to a threat with lethal fire.

In comparison, Afghan security ministries do not have any similar mechanisms to track, investigate, analyze or respond to civilian casualties. As ISAF learned, establishing a civilian casualty tracking mechanism is critical to developing best practices and identifying problematic trends to be corrected through training. In addition, a civilian casualty-tracking unit could also be a focal point for investigations into alleged abuse, and thus strengthen accountability within the ANSF. Afghan security officials I meet with claim their forces do not and will not harm civilians because they understand local dynamics better than international forces. This is dangerously naïve. While Afghan forces are certainly better positioned to understand the situation around them, civilian casualties are an unfortunate—if not inevitable part of war—especially when militaries with less experience, training and equipment are waging battle. Without processes in place and a mindset that prioritizes civilian protection, Afghan troops will likely act with less concern for civilians.

Recently, representatives from ISAF and the Afghan government have stated their commitment to establishing an Afghan system for tracking civilian casualties.  These are heartening words that must be met with action. It will take time to implement such a system and get buy-in from commanders. And for it to work, Afghans will need to own the process. As one insider told me, “it was hard enough to get NATO forces to be proactive about preventing and responding to civilian casualties.” Getting a less experienced military behind it may prove even more difficult.

Still, ensuring Afghan forces are prepared not to harm their own people during combat is necessary and urgent, as calls for a swifter security transition mount. Afghan officials should move now, this minute, to establish policies and procedures to prevent civilian casualties through tracking and investigations, correct for abuses and “make amends” if and when civilians are harmed. The US and allied nations should do their part by providing technical assistance and prevailing on their counterparts in Afghan ministries to put these mechanisms in place.  But in the end, it’s the Afghan leadership – both military and political — that have obligations to the civilians they’re supposed to keep safe and those they harm. Taking on these responsibilities in a more meaningful way should start now. 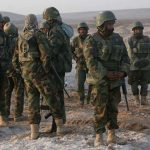 By Center for Civilians in ConflictApril 4, 2012
Tags: Afghanistan