What Civilians Themselves Say about Targeting and their Participation in Conflict 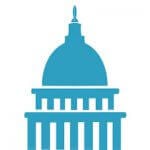 “What I think is that there is no line at all … Civilians can turn into fighters at any time. Anybody can change from a fighter to a civilian, all in one day, all in one moment.”

I remember pausing when I heard this assertion. It was July 2012, and I was sitting across from Walid, a 27-year-old insurance salesman from the suburbs of Tripoli, Libya. Over several cups of tea at Casa Café, he told me of his experience of the conflict in 2011. In the first few months, he started posting on Facebook and tweeting about supplies and protests, quickly assuming the role of an informal spokesperson for Libyan civilians. Walid’s story included his eventual arrest and torture, his stint as a recruiter for the rebels, and finally his efforts to distribute anti-Qaddafi fliers in his neighborhood. Near the end of the interview, as we were discussing his understanding of the concept of the civilian, he responded with the unforgettable line above. Walid, the seventeenth Libyan I had interviewed, convinced me then that the research I had undertaken for the Center for Civilians in Conflict (CIVIC) on civilian involvement in war was worthwhile. His experiences were simply too rich and his views too nuanced to be ignored.

Read the article in full on Just Security’s site.