Can More Peacekeepers Protect Civilians in the Central African Republic? 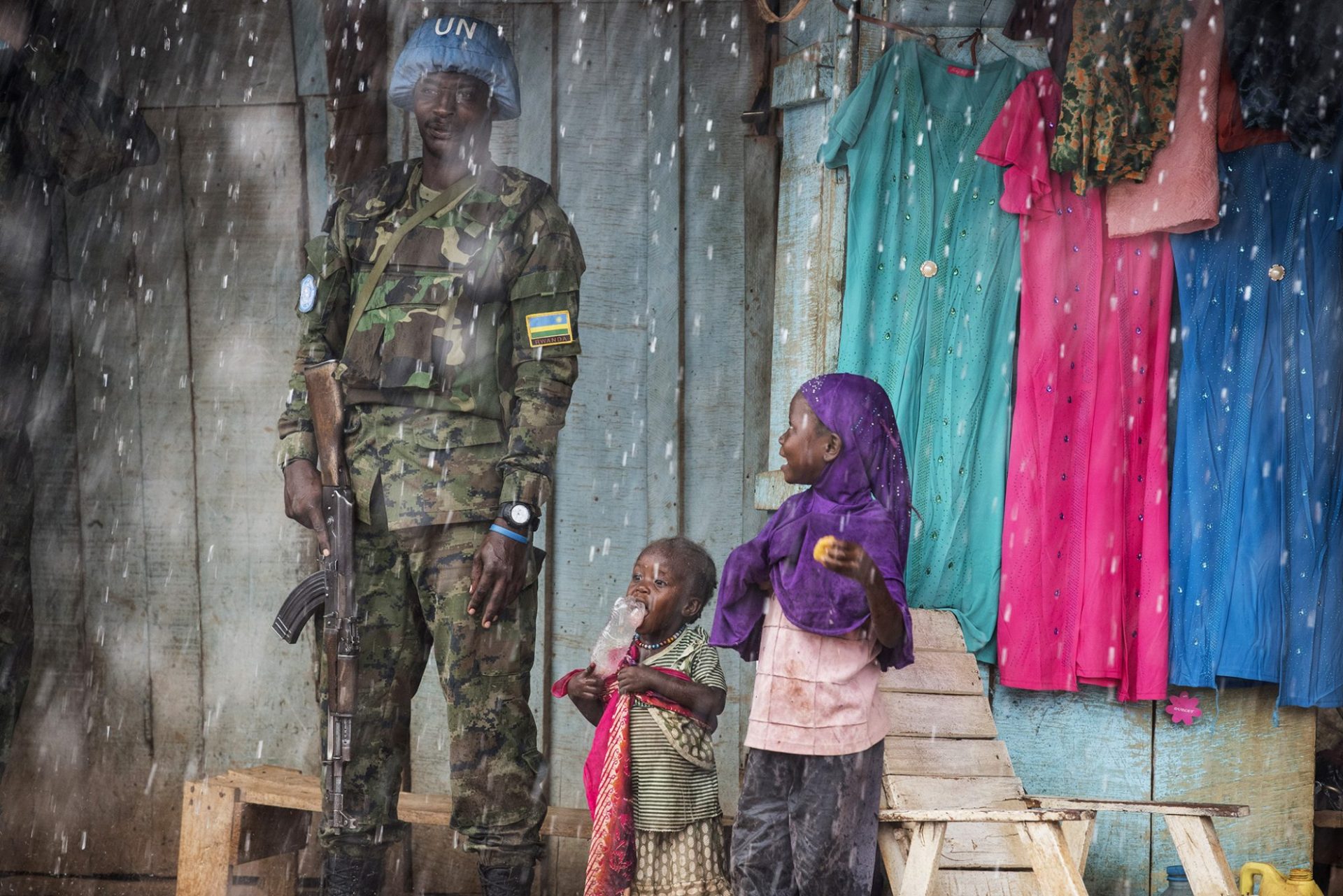 The Security Council will vote today to renew the mandate and provide a needed boost of 900 additional troops to the beleaguered UN peacekeeping mission in the Central African Republic (CAR). The neglected five-year war in CAR has taken a deadly turn for the worse in 2017, resulting in the killing of civilians, humanitarians and peacekeepers at an alarming rate. More UN peacekeepers are certainly necessary. But will they be enough to protect civilians?

The Council’s decision follows an urgent call on November 6 by 28 major humanitarian and human rights organizations to strengthen the UN Multidimensional Integrated Stabilization Mission in the Central African Republic (MINUSCA). The groups also called on the Council to put the protection of civilians at the heart of the mission’s mandate – and to strengthen performance. CIVIC has been at the forefront of these calls since April.

UN Secretary-General António Guterres visited CAR from October 24-27 to appeal for more resources from the Security Council for MINUSCA – and to sound the alarm. The situation has been unraveling since mid-2016, but conflict has plagued CAR for decades. In 2012, a band of rebels called the Séléka mobilized from the marginalized north and east of the country. In 2013, they took the capital, Bangui, in a coup. Despite a peace agreement brokered in 2015 and elections in 2016, the war has metastasized. Fighting between armed groups—mainly between breakaway factions of the former Séléka group and anti-balaka militias—continues to wreak havoc on vulnerable Central Africans.

MINUSCA was deployed in September 2014 to stem the killings. But the situation has taken a particularly violent turn since May this year, with hundreds of civilians killeda conservative estimate. The humanitarian situation is worse than ever. Surging violence has pushed the number of internally displaced people to over 600,000—the most since 2014. More than 500,000 Central Africans are refugees in neighboring countries. Aid workers have also been targeted and humanitarians forced to suspend their operations in some areas due to unrelenting violence.

Politically, there is little cause for optimism. The government controls little more than the capital while the rest of the country burns. Predatory armed groups rule over the majority of the country. Rival factions prosecute bitter war against one another with civilians caught in the crossfire or directly targeted on the basis of their ethnicity or religion.

No peacekeeping operation could or should be expected to protect civilians across such a wide swath of ungoverned territory without sufficient personnel and resources. Moreover, MINUSCA peacekeepers should be able to protect themselves. At the moment, they are struggling to do so. Thirteen peacekeepers have been killed in CAR this year alone.

The Council’s approval of more troops for MINUSCA in a climate of cost-cutting and downsizing UN peacekeeping operations is indicative of the seriousness of the situation. These peacekeepers need to be trained, equipped, and willing to protect civilians. New contingents should also be able to rapidly deploy in order to respond to emerging or existing hotspots while in-theater. Mustering these kinds of forces, training and equipping them, and building their bases takes time, time that civilians in CAR do not have. As such, the additional 900 troops must be deployed to CAR as quickly as possible.

The increase also needs to be matched with improvements in MINUSCA’s performance in protecting civilians. Peacekeepers already deployed in the mission must be better trained, equipped, and willing to protect civilians. If they demonstrate a pattern of underperformance or egregious failures, they should be replaced or repatriated. On Monday, the UN announced an independent special investigation into the escalating violence in southeast CAR and MINUSCA’s response to attacks against civilians. This is an important step that could improve mission performance in protecting civilians moving forward, and the commitment to publicly releasing the findings of the investigation is notable.

Finally, while more peacekeepers are necessary, they alone are insufficient to stop the unfolding chaos in CAR. Council members and major donor countries need to step up their political engagement for peace. Embassies and envoys should be marshaled to pressure the CAR government and armed groups to halt the violence—and meaningfully address the underlying drivers of conflict.

Today’s resolution is an important signal of support to MINUSCA and the Central African Republic during one of the deadliest years of the war that has gripped the country since 2012. The opportunity this resolution presents to turn the situation around must be seized. The lives of civilians, humanitarians, and peacekeepers will depend on it.