Today representatives of Syrian civil society released the “Syrian Transition Roadmap.”This 238-page document presents plans for constitutional, judicial, political, and security sector reforms, and transitional justice goals, including prosecutions for crimes and compensation to victims. The roadmap rightly advocates for compensation both moral (apologies and memorials) and physical (money or material goods) for harm suffered by Syrians. But the opposition and international community should commit to developing and funding a comprehensive Victims Assistance Program to help Syrian war victims rehabilitate their lives. 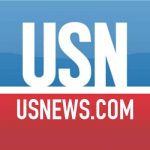