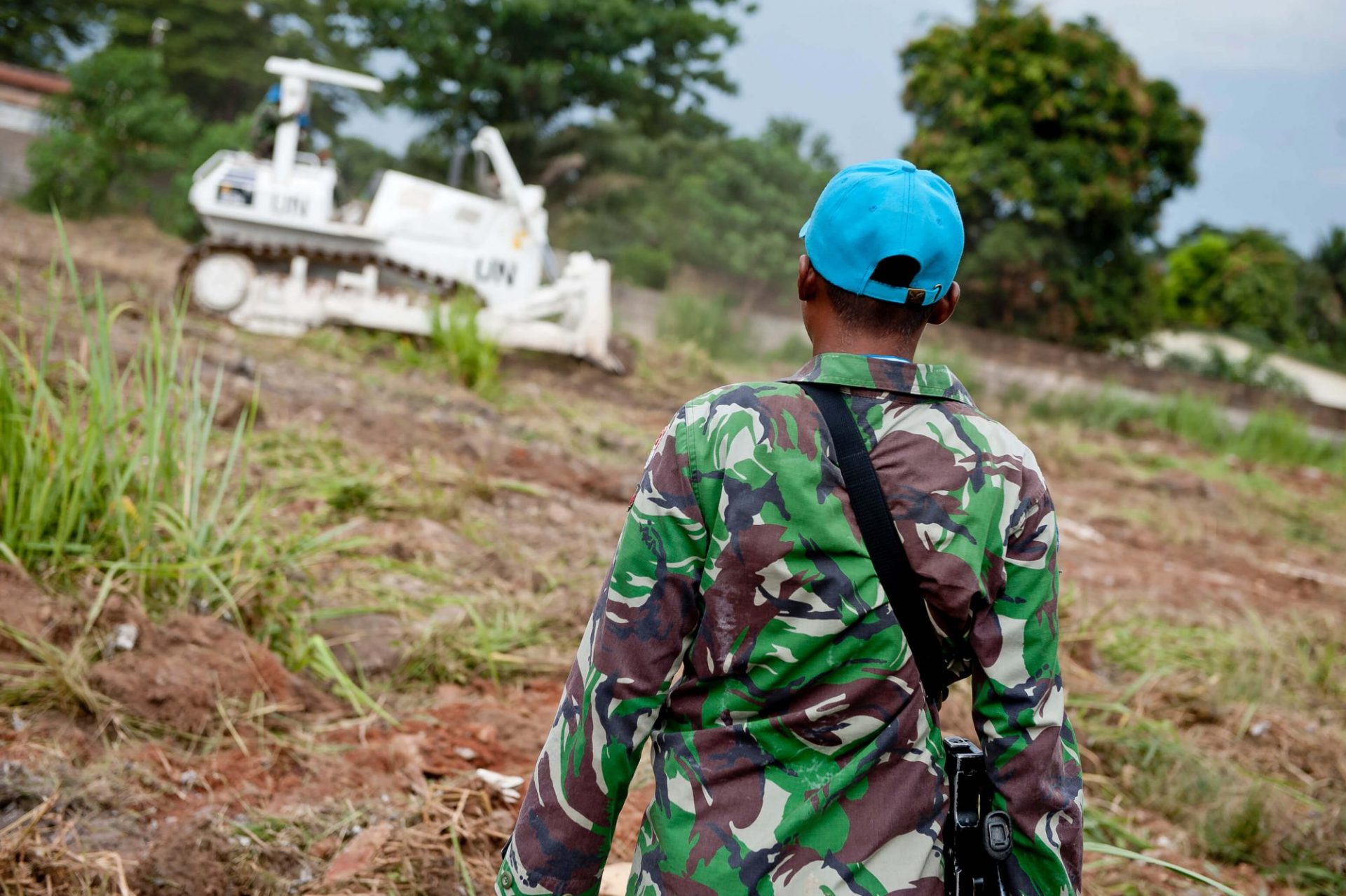 UN Peacekeeping is often perceived as being synonymous with failure. Memories of massacres in Rwanda and Srebrenica and more recent struggles to protect civilians in South Sudan are reminders that peacekeepers have at times been unable—or unwilling—to halt the tide of human slaughter. Despite the well-publicized and often unacceptable failures, proposed budget cuts by the United States would undo what good has been done to make UN peacekeepers better able to protect vulnerable civilians.

US President Donald Trump’s proposed budget for fiscal year 2018 recommends that Washington pay no more than 25 percent of UN peacekeeping costs—three percent less than the 28 percent the United States is obligated to pay. These assessed contributions are meticulously negotiated and agreed on by Member States, including the United States, and are legally binding under the UN Charter.

Today, the United States will host a UN Security Council debate to review UN peacekeeping. The session could help propel momentum for peacekeeping reform if it’s the beginning of a strategic effort to link proposed budget cuts to peacekeeping effectiveness. But deep cuts like those proposed by the Trump administration would hobble UN peacekeeping missions and risk the lives and livelihoods of millions of people caught in conflict around the globe.

In the Central African Republic (CAR), for example, the UN peacekeeping operation, MINUSCA, is robustly defending the town of Bambari, where tens of thousands of vulnerable citizens are displaced amid the threat of open war. The actions of the UN mission have saved countless lives and averted a humanitarian catastrophe.

Since late November, Bambari, the country’s second largest town, has been menaced by a coalition of armed groups affiliated with the Séléka, the former rebel alliance that overthrew President Francois Bozizé in a March 2013 coup d’état. As it seeks to dislodge a rival armed group, the rebel coalition has openly threatened Bambari’s inhabitants and MINUSCA.

Open conflict between rival groups in Bambari would be devastating. There are close to 42,000 internally displaced persons sheltering in vulnerable sites, which would very likely be targeted in any hostilities. This would prompt chaotic displacement to UN bases by civilians seeking shelter from the violence.

MINUSCA has taken strong action to prevent this from happening. The mission has reinforced its presence in Bambari, including with recently deployed Army Commandos from Portugal. These Commandos have engaged in “direct combat” with the rebel coalition and inflicted “heavy casualties”—terms not commonly associated with UN peacekeeping operations.

The UN mission also set red lines that it would defend around Bambari and sent strong messages to the armed groups to cease violence, signals the rebel coalition has tested to its detriment. MINUSCA has fired directly on advancing rebels with attack helicopters on at least two occasions since February, including halting a column of some 300 heavily-armed fighters on February 11.

MINUSCA’s approach to the imminent threat to civilians in Bambari is not only in line with UN and independent investigations of peacekeeping failures in other countries, like in South Sudan. MINUSCA’s actions also build on lessons learned from previous protection failures in CAR.

In Bria, in eastern CAR, MINUSCA struggled to contain a violent episode that took place in late November 2016. UN peacekeepers left their positions near a local hospital and retreated to their bases during the hostilities. The lessons from Bria—and other incidents documented in a report on MINUSCA released today by the Center for Civilians in Conflict—are just as important to learn as those from Bambari.

Speaking to the Council on Foreign Relations on March 29, US Ambassador to the UN, Nikki Haley, told the assembled crowd that the goal should be to end peacekeeping missions like those in CAR. Absent a responsible exit strategy, premature cuts or drawdown of MINUSCA would likely reverse any progress the still-nascent government has achieved thus far.

Talk of drawing down MINUSCA is also divorced from the reality on the ground. Armed groups still control more than 60 percent of the country. These groups continue to attack civilians and humanitarian needs are rising. MINUSCA requires more – not less – support in this challenging environment.

The proposed US budget cuts of approximately $236.1 million to peacekeeping present a clear and present danger to the UN’s ability to sustain peace in countries where its peacekeeping operations are active. This is as true in the Central African Republic as it is in the Democratic Republic of Congo, Mali, and South Sudan, where UN peacekeepers are often the only actor standing between predatory state or non-state actors and vulnerable civilians.

Does the US really want to abandon them in the name of penny-pinching?