An update from HQ

It’s been a couple of weeks since we’ve blogged, but we’ve been kept very busy here at CIVIC. This week is a big one—today we released a joint report with Refugees International on civilian protection and amends in Libya and on Thursday we’ll be releasing a report on civilian harm in Somalia supported by UNHCR.

What’s more, we’ve just been named to the Catalogue for Philanthropy, Washington DC’s 2011 list as “One of the best small charities in the Greater Washington region.”

So expect more updates here on civilians in conflict soon, including a blog from Sarah on Thursday.  Until then, follow us on twitter @civicworldwide and facebook. 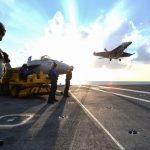 By Center for Civilians in ConflictNovember 8, 2011