June 18, 2008By Center for Civilians in Conflict

Today I went to a small city, Gardez, a few hours south of Kabul. I stayed at a UN guesthouse and at different points of the day and night you could hear the faint sound of gunfire and explosions in the distance. Although Gardez itself is relatively stable, it’s only about 10 kilometers out from the hottest part of the province, an area believed to be a stronghold of the Taliban.

UN and local staff told me that two days ago, local police called in an air raid on a house suspected to be sheltering Taliban. Although unconfirmed so far, reports suggest that instead the air raid mistakenly hit a civilian home, killing an estimated 15 members of the same extended family. It’s too dangerous for local and international officials to get into the area to verify the reports, much less bring in aid.

UN staff said that the local Provincial Reconstruction Team (PRT) frequently relies on air power to strike suspected Taliban targets, rather than going in on the ground to bring them out. And, too often, when they do that civilian families are the ones who pay the price. 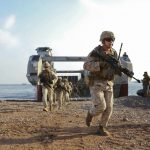 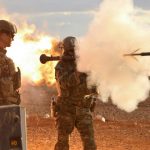 Civilian safety must be prioritized during Afghan night raids