Faisal bin Ali Jaber, a Yemeni, says he doesn’t question the drone program but rather wants acknowledgment and an apology for the deaths of his nephew and brother-in-law. That is why he traveled all the way to Washington. Indeed, that is what victims of violence all over the world tell us they want: acknowledgment for their losses.

The United States has a history doing just that. In Vietnam, Korea, Grenada and more recently in Iraq and Afghanistan, American forces offered condolences and often monetary payments to civilians they unintentionally harmed. Those gestures went a long way toward defusing anger among victims. What makes drone victims in Pakistan or Yemen different from those in Afghanistan? We and Mr. Jaber still have no answers.

Read the article in full on The New York Time’s site. 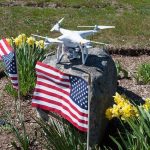