June 2, 2009By Center for Civilians in Conflict

This past week in Afghanistan, three US Senators — Patrick Leahy (VT),  Sheldon Whitehouse (RI) and Mark Warner (VA) – used one afternoon of a packed Congressional assessment visit to sit down with a Afghan family affected by the conflict.  They heard about the family’s experiences and help received through the Afghan Civilian Assistance Program (ACAP), a USAID-sponsored program that provides livelihood support, home reconstruction, job training, or other in-kind assistance to unintended victims of international forces. The Senators invited me along, as the former CIVIC fellow, to discuss broader victim assistance and compensation efforts in Afghanistan. We visited the survivors of a family who were targeted in a nighttime raid by Afghan and international forces in September 2008. During the raid, a grenade had been lobbed into one of the rooms of the home, killing all but the elderly grandfather and one 6-year-old son.

As many of you know from past CIVIC blogs, I’ve had the opportunity to sit down with many of the ACAP beneficiaries in my year as a CIVIC fellow in Afghanistan. Each experience is unique and memorable in its own way, but I have to say that there was something special about this Congressional visit. The ACAP program was originally championed by Senator Leahy and his staff. Without his continual support, it might not still be in existence. Watching Senator Leahy himself greeting the family, I remembered the many families who told me to pass their gratitude and their thanks to the people who created and supported the ACAP program. And here was the man himself talking to one of the beneficiaries. I remembered the many war victims who asked me to share what had happened to them with those who had the power to make changes. Even if for only an hour, here were three Senators who listened and took their stories and their message to heart. 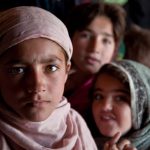 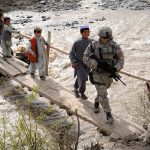 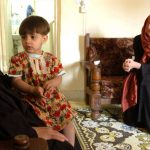 In Remembrance of Our Founder