AFGHANISTAN:  Can a medal really save a life?

Posted by:  Marla B

Last week NATO commanders proposed a new idea: a medal for “courageous restraint” if troops avoid using force that could harm an Afghan civilian. Steps like this make it clear their heads and hearts are in the right place, given how important such avoidance is in Afghanistan right now–-both for humanitarian and strategic reasons.

I’m pleased to see consideration of civilians playing such a prominent role in military thinking; it’s certainly long over due there.

But can a medal for a soldier really save an Afghan life?

The first question that comes to mind is “shouldn’t soldiers already be showing ‘courageous restraint?’”  The answer is yes.  The requirements for receiving the medal track with what soldiers should already be doing on the battlefield to abide by international laws and stated NATO values.

So the next logical question is: Do medals really motivate our soldiers? Capt. Edward Graham’s company is part of the 4th Battalion, 23rd Infantry Regiment and he had a straightforward answer for the Associated Press: “Not a single one of these guys does it for the medals.”  Anyone who knows a soldier knows that to be true.

Then, medals aside, what can international forces do better to avoid and protect civilians in the battlespace?  There are two answers. Better training and improved escalation of force procedures–which, incidentally, top military brass are already talking about.

Analysis and process aren’t quite as flashy as a medal but they’ve often proved to be a lot more effective in saving lives. Better training, for example, will change the chain reaction of split second decisions every soldier has to make each time they are confronted with a perceived threat.

I believe and know from my time training U.S. troops that many of soldiers being deployed to Afghanistan already show ‘courageous restraint’. The danger and unknown variables they face each and every day make their job amongst the most difficult in the world.

The ones that don’t show such restraint don’t need an award to show them the way.  They need better tools and training to ensure their courage in serving actually translates into lives saved. 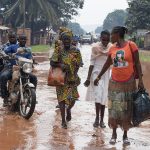 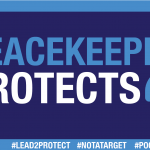 By Center for Civilians in ConflictMay 14, 2010